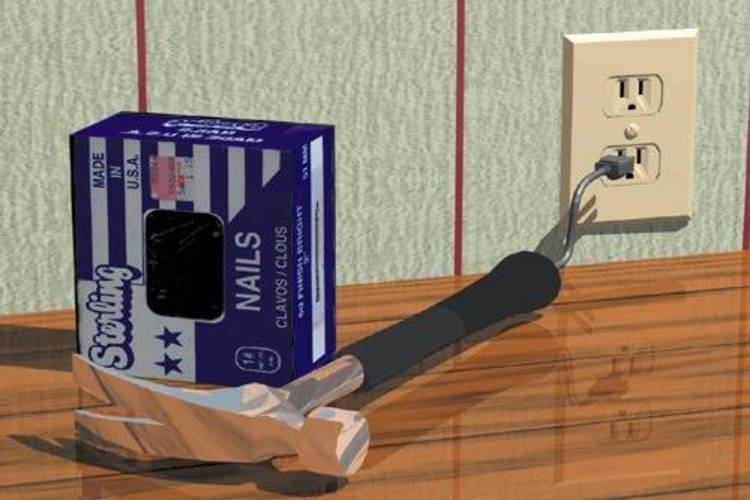 This directory contains a draft of the Rayshade User's Guide.
It is written using LaTeX macros. To create the corresponding
"dvi" file, run "latex guide" twice from this directory.
The resulting "guide.dvi" file should be fed to your favorite
dvi --> readable-format converter.

If you do not have LaTeX, a postscript version of this document
is available via anonymous ftp from weedeater.math.yale.edu
(130.132.23.17) in pub/rayshade.4.0/guide.ps.
This is version 4.0 of rayshade, a ray tracing program.
Rayshade reads a multi-line ASCII file describing a scene to be rendered
and produces a Utah Raster Toolkit "RLE" format file containing the
ray traced image.


There are many differences between rayshade versions 3.0 and 4.0. In
particular, the input syntax has changed. Input files created for
version 3.0 must be converted to version 4.0 syntax using the provided
conversion utility, rsconvert. See Doc/Changes for a list of some of
the more important changes.

Rayshade v4.0 has been tested on many different UNIX-based computers,
including: SGI 4D, IBM RS6000, Sun Sparcstation 1, Sun 3, DECstation,
Apollo DN10000, NeXT. If your machine has a C compiler, enough memory
(at least 2Mb), and runs something resembling UNIX, rayshade should be fairly
easy to port. Be warned that rayshade uses yacc and lex to process input
files. If you do not have lex and yacc, try to get flex and bison from
the Free Software Foundation folks (ftp to prep.ai.mit.edu). Attempts
to port rayshade to 16-bit machines will likely lead to nothing but
a profound sense of frustration.

Rayshade uses a Configure script in order to determine how it should
be compiled. This means that if you're not runing under UNIX, you'll
probably have to create a config.h and edit the Makefiles by hand.
If you create a config.h file and/or Makefiles for use in an non-UNIX
environment, send them to us and we will make it available for use by
others. The prototype config.H file may be of some help.

Normally, rayshade makes use of the Utah Raster toolkit. You are
strongly encouraged to get a copy of the toolkit, as it provides a
host of useful tools for image manipulation and a library for reading/writing
the toolkit's "RLE" format image files. "blurb.urt" is the "blurb" file from
the latest distribution of the toolkit. Also of interest is the
"fbm" library, available from nl.cs.cmu.edu:/usr/mlm/ftp/fbm.tar.Z, which
provides additional tools for converting Utah Raster format images
to/from other formats.

If you do not want to or cannot use the Utah Raster toolkit, rayshade
can be configured to create image files using a generic format
identical to that used by Mark VandeWettering's "mtv" ray tracer.

The rayshade distribution consists of two libraries (libray, libshade) and
several applications (rayshade proper, rayview, raypaint) that are
linked against these libraries. To compile, run the Configure script to
generate config.h and the Makefiles, then run "make depend"
followed by "make". If the Configuration script fails, or if
it can't determine a way to generate dependencies, you'll probably
have to edit the Makefiles or extract them from the Makefile.SH scripts
by hand. Don't be overly alarmed if there are a few non-fatal error
messages while running "make depend"

The Doc directory contains a User's Guide in the Guide subdirectory,
as well as a quick-reference sheet and some information that might
be useful in porting or modifying rayshade. To create a formatted
version of the User's Guide, you'll need LaTeX. If you don't have
LaTeX, a postscript version of the Guide is available via anonymous
ftp from weedeater.math.yale.edu (see below).

The etc directory contains miscellaneous goodies, including the source
to a filter to convert rayshade v3.0 input to rayshade 4.0.
The Example directory contains example input files, which may be
used to test rayshade and to familiarize yourself with rayshade's input
syntax. You can also run any one of Eric Haines'
Standard Procedural Databases through awk using the etc/nff2shade.awk
script, and then feed the results to rayshade. Note that for several
of the databases, you will need to tweak the data a bit to achieve
optimal runtimes. See nff2shade.awk for details.

Rayshade was not designed to be, nor is it, the be-all and end-all of
ray tracers. It was meant to be reasonably fast, portable, and easy to
modify. It has some nice features which allow you to produce
pretty pictures, but there are countless extensions, modifications,
and improvements which could be made. There are many routines which may be
optimized and many features which could be added. For a list of suggested
improvements and projects see "TODO". You are strongly encouraged to modify
the source code left and right.

While there is currently no documentation for the libraries, it
should be easy for you to add your own primitives, textures, aggregates,
and light sources by looking at the code and sending mail if you get
stuck.

Additional rayshade goodies are available via anonymous ftp from
weedeater.math.yale.edu (130.132.23.17) in pub/rayshade.4.0.
If you have contributions of new objects, textures, input files,
configuration files, or images to make, feel free to send us email or
to drop off a copy via ftp in the "incoming" directory on weedeater.

Rayshade was made possible by many people who have made suggestions,
fixed bugs, and who have been all-around good sports about the whole thing.

Thanks to Gavin Bell, David Dobkin, Eric Haines, Lefteris Koutsofios,
Ken Musgrave, Przemek Prusinkiewicz, and Allan Snider for their
encouragement, comments, and willingness to be on the Front Lines.

Thanks to Roman Kuchkuda for providing such a solid base upon which
to build.

Special thanks to Robert Skinner for providing the Noise(), DNoise(),
and other texturing functions and allowing them to be redistributed.

Pat Hanrahan's OOGL provided the spirit (if not the letter) of the
modularity of rayshade v4.0. Thanks to Pat and to Mark VandeWettering
for the 'net tracer' conversations and for the inspiration to do something
to clean up rayshade.

Thanks also to Mark Podlipec for providing the blob and torus objects.

Thanks to Jochen Schwarze for the cubic and quartic root-finding functions.
His code, and a host of other useful routines, can be found in
"Graphics Gems", edited by Andrew Glassner.

Thanks to Benoit Mandelbrot for the support he provided this project.

If you find any bugs, make any useful extensions, have a nice input file,
port rayshade to a new environment, or need assistance understanding a
particularly braindamaged section of code, please let us know. We can be
most easily reached by email.

Once you start using rayshade, and you'd like to be kept abreast of
changes and extensions, send a message to [email protected],
and we'll add you to the rayshade mailing list.