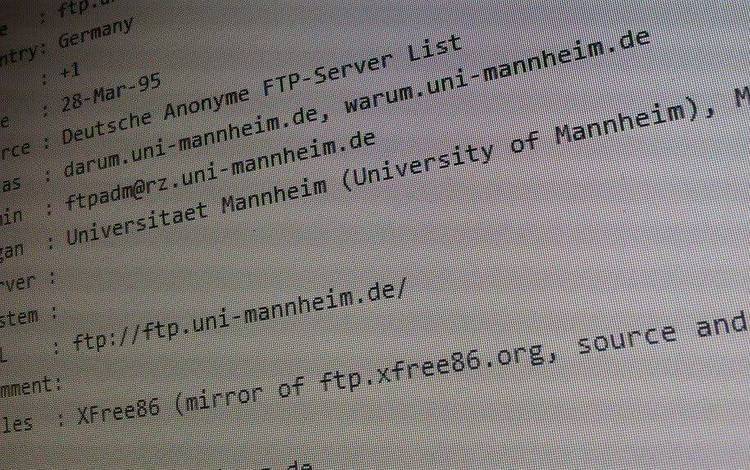 Contents of the CTDS300.DOC file

If you are not familiar with the following terms, this
program will probably be of no use to you:
- Raytracing
- Primitives
- Right/left handed coordinate system
- Instance
- Extents
- Quadrics
- Origin
- POVRAY
- VIVID
- POLYRAY

Connect The Dots System [CTDS] Version 3.0 is a unique
program designed to make the development of connected
raytracing objects an easy process. Given a series of
coordinate and radius values, CTDS produces a neatly
formatted raytracing data file composed of spheres
(representing the coordinate points) and cones that smoothly
connect the spheres. This data file can be immediately
incorporated into your raytracing scene.

CTDS is written in portable ANSI C. Compiled versions are
available for IBM-compatible and Macintosh systems. CTDS is
a standalone utility and requires minimal memory.

In the spirit of POVRAY, CTDS is freeware. However, if you
feel so inclined, the author accepts any and all tokens of
compensation. Please see the copyright notice for
addressing information.

- The official name of CTDS is now "Connect The Dots System."

- 90% of the program has been rewritten from scratch.

- Fuller support for VIVID and POLYRAY has been incorporated.
Except for options which are specific to quadric data, most
command-line parameters are now applicable to all three
raytracers.

- Object naming has been enhanced. Specifying a name on the
command-line will create a defined/declared object with the
desired name. If no name is specified, CTDS will simply write
out an instance of the resulting object.

- Sphere and cone primitives can now be grouped for easier
manipulation.

- Textures can now be specified for just the spheres, just the
cones, or for the entire object.

- Input data is now pre-scanned to perform variable-replacement
of common values. Command-line switches are available to
disable this feature for individual coordinate-components or
for all components.

- The /sc option now supplies information that will allow you to
center objects about the origin if desired.

- The IBM-compatible version now has a flashier color
interface.

Sphere primitives of similar radii are connected by cones
attached to the centers of the spheres. Spheres of
differing radii are connected by cones attached at the
common tangent of the spheres. This seamless connecting
methodology is what makes CTDS such a useful (and unique)
tool. Complex arrangements of coordinates can be quickly
and easily connected, enabling the raytrace artist to
design difficult objects with minimal mental excertion.

CTDS data files can be immediately incorporated into a
developing raytrace scene. CTDS can create declared/defined
objects that can be reused, or it can create a single
instance of an object. All object data is neatly formatted
with clear indentation to make editing as easy as possible.

The CTDS file format is described below:

CTDS works with values representing the 3-dimensional
coordinates of a point in space, and a value representing
the radius of a sphere at that position.

As of CTDS Version 2.3, variables and/or simple equations
are allowed to replace numeric values.

Variables must be defined prior to use in an expression. There
are 26 variables available: the letters A thru Z. All variables
must be in written in uppercase.

If coordinate values are to be described as mathematic expressions,
they must be separated by commas. Mathematic functions supported
include addition (+), subtraction (-), multiplication (*),
division (/), modulus division (%), integer exponentiation (^), and
assignments (=). Operator precedence, ranked from highest to
lowest is as follows: ^, *, /, %, +, -, =. Expressions wrapped in
parentheses are given highest precedence of evaluation.

By adding blank lines between groups of coordinate-
sets, you can (1) create multiple individual objects,
and/or (2) perform nested-bounding (this is primarily
applicable to POVRAY). By default, CTDS will process
coordinate sets sequentially, adding connecting cones
between every set of coordinates. The standard output
sequence is:
sphere ...
cone...
sphere...

If the "/m" parameter is specified and a blank line is
encountered, the output sequence becomes:

Note that there is no connecting cone between the final
sphere of one coordinate group and the initial sphere
of the next group. This allows each group to be a
completely autonomous object.

If either the "/b", "/bs", or "/bv" parameter is
specified and a blank line is encountered, a bounding
primitive is written at the end of each output
sequence. Individual coordinate groups are bounded,
and then the entire object is bounded.

Warnings, notes, and reminders:
- Only one set of coordinates is allowed per line.
- Each coordinate/radius value-set must be declared on a
single line.
- Input files must contain at least two sets of
coordinates.
- Unless the "/m" command-line option is selected,
sequences of duplicate values are not allowed. This
means that no line may repeat the coordinates of the
prior line.
- 26 variables are available for variable usage (A-Z).
- Variables must be uppercase.
- If you use variables, you must separate the XYZ and
radius components with commas (i.e., "A, B+C, 5.5, D").
- Arithmetic functions supported include: +, -, *, /, %,
^, =, and parentheses.
- Although reasonable error-checking is performed on
incoming data, it is not extensive. So be sure your
input file contains valid data.

CTDS is a command-line utility. Syntax and parameter
options are as follows:

CTDS [various optional parameters]
If no parameters are specified, CTDS will display a
short help screen referring you back to this documentation.

Parameters may be prefaced with either a forward-slash
symbol ("/"), a dash ("-"), or a space. All parameters
must be separated by at least one space.

i [inputfilename] Example: /i myfile.ctd
The name of the ASCII input file to
be processed.

# A numeric value specifying the
degree of numeric precision desired
in the output. For instance, a
value of "3" would create output
with three decimal-place precision.
The default precision is six
decimal places.

c Toggle to connect the first and
last coordinates of the input file.
This parameter does not work when
the "/m" parameter is also
specified.

so Toggle to only write the data
required to render spheres.

co Toggle to only write the data
required to render cones. Opposite
of "/so."

sv Toggle to write sphere data in the
following verbose format:
- define the sphere at the
origin
- scale it to the correct size
- apply any textures
- translate it to its final
location.

b For POVRAY and POLYRAY:
Toggle to perform bounding of
coordinate groups separated by
a blank line.

f # Example: /f 10
For POVRAY and POLYRAY: a numeric value
specifying the "fudge" percentage
to add to bounding primitives. In
the example above, the bounding
primivite will be increased in size
by 10%.

b / bs /bv For VIVID and POLYRAY: Toggle to
write summary of maximum and
minimum extents of coordinate
groups separated by blank lines.
This summary is automatically
written for POVRAY.

d Toggle to disable the writing of
various CTDS variables. Useful if
you are creating several files that
will be used concurrently.

qs For POVRAY: toggle to write quadric
spheres instead of standard
(optimized) spheres.

qc For POVRAY: toggle to write quadric
cones instead of standard
(optimized) cones.

n [objectname] Example: /n MyObject
Specifies name assigned to the
processed object. If no name is
specified, CTDS will simply write
out an instance of the object.

tu [texture name] Example: /tu UnionTexture
Specifies name of texture to be
applied to the entire object.
Note: "/tu" may not be used if
either the "/ts" or "/tc"
parameters are also specified.

vxa Disables variable-replacement of
all coordinates.

qt Toggles "quiet" mode. When active,
prevents CTDS from sending output
to the screen. Useful for other
applications that want to call CTDS
silently.

sc Toggle to add a block of
predeclared transformations to each
individual primitive. This is
useful for scaling textures
separately from the object it is to
be applied to. Note: Not supported
for VIVID output.

CTDS imyfile.ctd omyfile.inc c
Create a POVRAY output file with the standard
sequence, ending with a connecting cone between
the first and last coordinates.

CTDS imyfile.ctd omyfile.inc g b
Create a POVRAY output file with spheres and cones
grouped separately and bounded by boxes.

- Texture names are not predefined. If you specify a
texture with the /tu, /ts (st), or /tc (ct) parameters,
you must define the actual texture yourself.

- The "quiet" mode is only quiet if processing is error-
free. All errors are echoed to the screen.

- Several parameters are not allowed to be specified
together. Examples include /g and /so, /g and /co, and
/ts and /tu. You will receive an error message if your
parameter choices conflict. Error messages are also
generated if options are selected that are not
applicable to the particular raytracing output format
you've selected.

- Verbose sphere/cone formats are useful for capturing
textures at the origin and translating them to the
position of the sphere. The /sv2 format is
particularly useful for "spinning" the sphere about the
origin. If you specify the /qs parameter, CTDS
predefines a primitive called "Dot." You can change
this primitive into anything you want, and have that
object spun about the origin.

- VIVID output is automatically formatted for the right-
handed coordinate system (y is z, and z is y).

- For POVRAY and POLYRAY: All CTDS-generated objects have
a commented "dummy subtexture" attached. This may or
may not be of some use.

07/11/93: CTDS v2.3
- Weakened the integrity parser for the input files.
CTDS now only checks to see if there are valid numbers
in the input file; double sequencing, extraneous data,
etc. are totally ignored -- if there are any errors in
the input file, its up to the user to find them.
- Cleaned up various output functions
- CTDS can now read numbers in the ###e## format.
- Replaced the "# dots connected" display with a
whirly-thingy.
- Added a recursive descent parser, so now variables and
equations can be used in the input file. Variables
available: uppercase A-Z. Arithmetic functions
supported: addition, subtraction, multiplication,
division, modulo, and exponents. Parentheses are also
supported.


05/02/92: CTDS v2.0b
Fixed a major bug - dot sequences flowing from small dot to
large dot were not being connected properly

12/22/91: CTDS v1.15
- Removed option to choose whether to use CLIPPED_BYs or
INTERSECTIONS.
- Added option to generate spheres only.
Not publicly released.

11/15/91: CTDS v1.14
- Added option to choose whether to use CLIPPED_BYs or
INTERSECTIONS.
Not publicly released.

My wife Madrid for her patience and love. Obsessed
programmers / trace-aholics can be miserable to live with.

My kids Jamaica, Martinique, and Savannah for letting Daddy
hog the PC.

Eduard Schwan and Jim Nitchals for porting CTDS to the
Macintosh.

All of the raytracing enthusiasts who have used CTDS and given
it the recognition it has today. Thanks!

Connect The Dots System (CTDS) is protected by United States
copyright laws and international treaty provisions. Full
ownership rights are the exclusive property of the author:

Under no circumstances may CTDS be published without the EXPRESS
written consent of the author. This includes CDROM publications
and all forms of printed publications.

Under no circumstances may CTDS be included as part of any
commercial software or hardware package without the explicit
consent of the author.

The author disclaims all guarantees and warranties with respect
to this software, either express or implied, including but not
limited to implied warranties of mechantablility, fitness for a
particular purpose and noninfringement of third party rights.
The author further claims no responsibility for any damages or
losses incurred through use of this program.