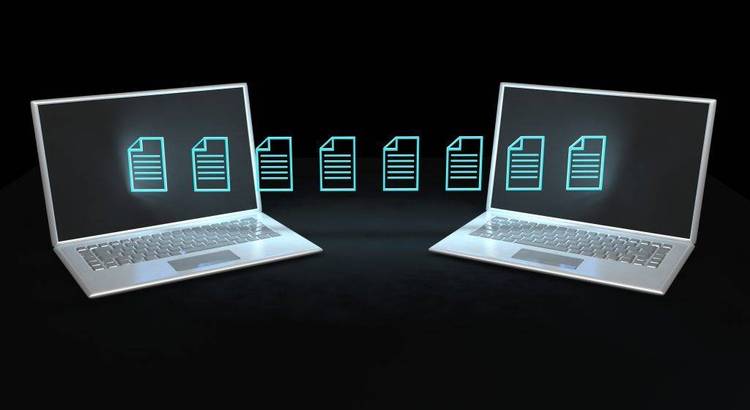 Contents of the TXZM.DOC file

TXZM (Texas Zmodem 🙂 is a zmodem protocol that was developed
to demonstrate the speed and capabilities of the MCOMM C serial
communications library. The latest version of TXZM or MCOMM may
be obtained from N.E.T. DataLink by either logging in and
downloading or by file request of "MCOMM" or "TXZM". The
shareware version of MCOMM contains the TXZM shell in source form
and the low level Zmodem driver in library form. The complete
source code comes with the "Libs & Source" registered version of
MCOMM. Libraries for all memory models except for the BCC/TC
huge model come with the "Libs Only" registered version of MCOMM.
See the MCOMM order form for specifics on various options.

TXZM IS NOT PUBLIC DOMAIN however the executable version may
be distributed and used free of charge for non-commercial
purposes. If you intend to use TXZM commercially or in a
commercial environment and the program will be loaded or operated
on more than 3 systems ANYWHERE within the organization, you must
obtain a license.

The complete TXZM source code is provided as part of the
"Libs & Source" registered version of the MCOMM software package.
Linkable libraries are provided with the "Libs Only" registered
version of MCOMM. None of the source code or libraries that are
part of the registered version of MCOMM may be distributed,
neither may they be incorporated in whole or in part into a
competing software product without a written license agreement.
Competing software products are products that are not end user
programs themselves, such as "Your Serial Library", and products
that directly compete with TXZM (fully developed terminal
programs, BBS systems, and similar products are FUNCTIONALLY
DIFFERENT than TXZM and NOT considered competing products).

The license agreement requirement for commercial use of the
EXECUTABLE VERSION ONLY (TXZM.EXE) does not apply to
governmental, educational, church, civic, or non-profit
organizations. This does not waive restrictions that apply to
the source code for those organizations.

MCOMM is a serial communications library for Microsoft C,
Turbo C/C++, Borland C/C++, and Zortech C/C++. It also will work
with any other C compiler or language that supports Microsoft C
calling conventions. Some of the features of MCOMM are:

- Fully interrupt driven
- 16550 FIFO mode support
- Baud rates up to 115200 baud
- Supports definitions for any comm port that operates on
IRQs 2 through 7 at any address
- Supports simultaneous operation of 2 ports
- Written in assembler for maximum speed and minimum code
size
- Advanced features such as block transmit and receive,
XON/XOFF and hardware flow control, receive buffer look
ahead, definable ring buffer sizes and location, ...

Also included with MCOMM is a set of ANSI capable video
functions that support windowed output, save/restore screen
functions, timer functions, and miscellaneous other code. The
current shareware version of MCOMM is MCOMM557.ZIP. It includes
a complete small model LIB, TXZM (partial source, rest as libs),
and both a C and C++ demo terminal program. The registered
version is available as either "Libs only" or "Libs & Source".
The "Libs Only" version is $25 and includes libraries for all
memory models. The "Libs & Source" version is $45 and comes with
both libraries and all source code. See the MCOMM order form.

TXZM directly supports COM1 through COM4, however COM3 and
COM4 on older hardware may not match what is considered
standard. The -c switch (described below) may be used for non-
standard configurations of COM3 and COM4 or to force TXZM to
recognize a custom port. For standard versions of COM1-4, use
"txzm com#" where '#' is 1-4.

-u Start in terminal mode. Terminal mode may be started
either before or after a CONNECT is made. It has a
limited set of functions (dial, upload, download).

-r Start in receive mode. This switch must come last on the
command line if it is used. It may be followed by an
optional subdirectory if the files are to downloaded to a
specific location. The -r switch may be used in
conjunction with the -u switch to specify a download
directory. When used with the -u switch, TXZM starts in
mini-terminal mode.

-p Send or accept complete pathnames. This option, used in
conjunction with the -r option, will cause TXZM to accept
complete pathname information in the received filename.
Without it, only the root name and extension of the
filename are used. If the received filename specifies a
directory that does not exist, it will be created. If a
download directory was specified (-r dlpath), the
subdirectories will be created under "dlpath".

When used with the -s switch, the -p switch will cause
filenames to be sent with complete path information. Per
zmodem specifications, only the path is sent (no drive
identifiers). Without the -p switch only the file's root
name and extension are sent. This applies even if
recursing subdirectories.


-b#### Specify the CONNECT baud rate. The CONNECT baud rate
is used to determine estimated file transfer times. TXZM
currently will not adjust to a CONNECT rate when
initially making the connection. Unless a locked baud
rate is used (-l), you must dial using the baud rate you
will CONNECT at. If the connection is already
established, and neither -l or -b is given, TXZM will
open the port using the baud rate it is currently
operating at.

-l#### Set a locked baud rate. Use this option to set a
fixed computer to modem baud rate. The -b option may be
used with the -l option to specify both the computer to
modem rate and the modem to line rate.

-h Use hardware flow control (RTS/CTS). This is required
for modems that use a locked baud rate.

-i Ignore absence of carrier detect signal. Use this switch
when using TXZM to transfer files between systems
connected with a null modem cable. (TXZM only requires
the Rx, Tx, and Gnd wires to be connected).

-v Disable serial I/O during disk writes. Use this option
if errors occur when the received data is written to
disk. This should only be necessary when operating at
high baud rates with no 16550 UART or the file is being
downloaded to a floppy. The -v option also expands the
disk buffer to 20K bytes to maintain a higher level of
efficiency.


-e# Set duplicate file handling option. This option
determines what happens if an attempt is made to download
a file that already exists. The following choices are
available:
-e0 Skip the file -- do not download.
-e1 Resume the transfer at the end of current file.
This is the default.
-e2 Create a duplicate file name and download the file
as a separate file.
-e3 Overwrite the existing file.

-w#### Sets the maximum bytes that may be in transit at any
one time (transmit window size). This must be a multiple
of 128.

-x Escape all control characters. This option causes the
characters between 00h and 20h, 80h and A0h, 7Fh, & FFh
to be ZDLE escaped. Zmodem automatically escapes XON,
XOFF, ZDLE (CAN), DLE, and "