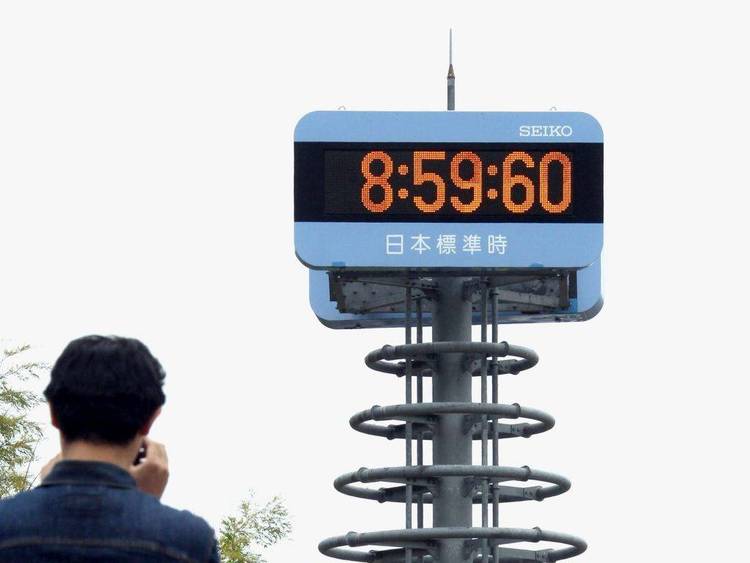 This version of TimeSet, the leading program for setting computers to
atomic time services by telephone, fixes a few minor flaws that became
apparent in Versions 7.10 and 7.20 and also adds new features:

o The inability of version 7.20 to work with nonstandard serial port
addresses and IRQs is corrected in version 7.21. (My thanks to Bob
Germer and Alex Walter for helping me track down the problem.)

o The feature for automatic reconfiguration for Daylight and Standard
time in North America has been fixed. This feature, first introduced
in Version 7.10, failed to work in that version, requiring users to do
the reconfiguration manually. Like Version 7.20, 7.21 extends
automatic season adjustment for TimeSet to users who follow the
British and European systems for Summer Time and Winter Time. These
three automatic season options plus the option for manual season
adjustment (or no season adjustment) are available by toggling at
TimeSet's configuration screen.

o An optional modem initialization string for Zoom high-speed modems has
been hard-coded into TimeSet 7.20's configuration procedure. If you
have that brand of modem, just toggle to it with the right or left
arrow key; the manual, TimSet72.Doc, tells you what it looks like.
(The decision to hard-code that string option was made because Zoom
modems have probably generated more configuration headaches for TimeSet
users -- and for us -- than any other brand.)

o Some new command line switches have been added. /0p delays automatic
pulse generation at the parallel port based on freshly set time until
after a countdown to zero seconds (i.e., the start of the next minute).
This is for people who want the pulse to start or stop some external
process on the minute. The new /0c command acts similarly but only
provides the countdown, with no pulse at the parallel port; it's
mainly to help people synchronize a watch or clock to the new time.
/fs defeats the "parting curtains" screen effects if snappier action
is desired. /s skips the opening "starry field" logo screen and takes
the user directly to the action menu.

o Result codes are now provided for those who run TimeSet in automatic
mode from a batch file and want to use the DOS ErrorLevel command to
initiate specific actions based on the code returned.

o Like version 7.20, TimeSet 7.21 is interactive and compatible with
Version 2.54 of Tom Becker's RighTime -- a shareware program that
learns and refines a correction for computer clock drift so it can
apply small corrections throughout the day to keep the clock highly
accurate (as little as a fraction of a second of error after several
days).

o TimeSet 7.21 is the most accurate and precise version yet. With
RighTime 2.54 installed for .01-sec clock resolution, tests showed
repeated agreement within .01 second on before/after clock readings
when line delay calls from this Seattle suburb were rotated in quick
succession among atomic clock services at the Naval Observatory
(Washington, D.C.), National Institute of Standards and Technology
(Boulder, Colorado), Swedish National Time Service (Stockholm), the
Technical University of Graz (Austria), and Tom Becker's TimeGen
service in Dallas (which is regulated with RighTime 2.54 and updated
regularly from an official atomic time service). In several tests,
perfect agreement was often found among all four services. This is
remarkable precision in line delay measurement and compensation,
considering the varied distances and signal paths involved (land
lines in the U.S. and satellite links abroad).

o The time data string generator program TimeGen has been significantly
upgraded in Version 3.10. TimeGen now automatically writes information
on each TimeSet call to its own log file, called TimeGen.Log. The data
logged include the date, time the call was concluded, seconds online,
and the type of clock setting action (line delay measured/not measured
or call aborted). If your version of DOS is 3.00 or later, this file
is automatically maintained in TimeGen's own directory whether you are
in that directory or not, provided TimeGen's directory is on your system
path (users of earlier DOS versions will need to run TimeGen from its
own directory in order to keep new log files from being created in
several directories). A new companion program, TgSumm, can process the
data in TimeGen.Log to prepare a summary both by date and cumulatively
(to use it you must run it in the same directory that contains
TimeGen.Log). The summary is simultaneously displayed on the screen
and stored in a file called TgSummry.Log. Both TimeGen.Log and
TgSummry.Log are standard ASCII files and can be reviewed with the TYPE
command or with an editor or listing program. TgSumm can log up to
10,000 hours minus 1 second of cumulative connect time (9999:59:59).

If you want to see a demonstration of TimeGen in action, edit the
TimeGen phone number line in TimeSet 7.20's configuration screen so
it reads 1-214-869-0344, save with F10, and press Alt-T or T at
TimeSet's main menu to initiate a call to Tom Becker's TimeGen service
in Dallas.

These are just the major changes. Scores of additional changes -- so many
we've lost track of them -- have been made in TimeSet 7.20's code to make it
the best and most accurate version yet.

Thanks for supporting shareware! That support is what makes continued
development of TimeSet possible and desirable. If you haven't yet become a
registered TimeSet user, please don't put it off any longer. The file
TimSet72.Reg is a registration form that you can easily send to your
printer using the DOS command, COPY TIMSET72.REG PRN, then fill it out and
mail it to us with a check for $40 U.S. Alternatively, if you live in the
United States and would rather be invoiced, you can upload your registration
with a toll-free call to our electronic mailbox using the enclosed TsReg72
program. On receipt of your payment we'll send you a bound and illustrated
printed manual, any new version or upgrade of TimeSet and its associated
programs, technical support by telephone, and a substantial discount on the
next version of TimeSet. Tom Becker has also authorized us to include an
evaluation version of his RighTime shareware clock-regulator program on the
diskettes we send to registered TimeSet users.