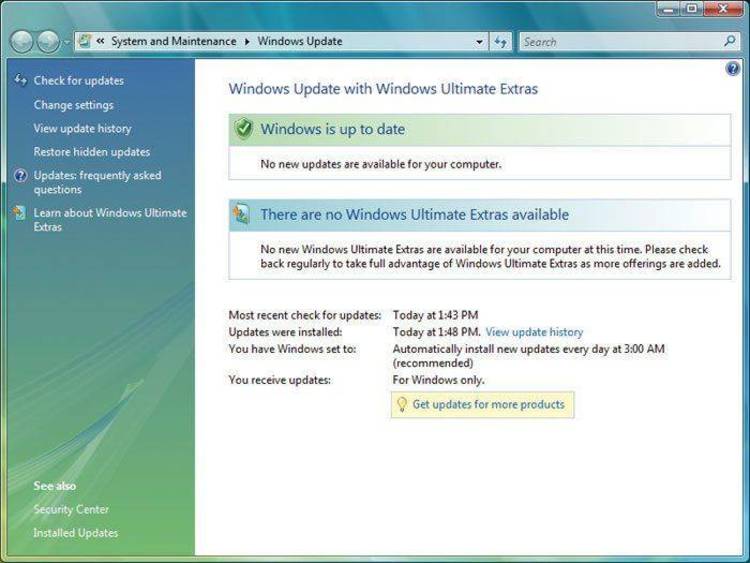 Contents of the 21ENHANC.DOC file

User Perspective of OS/2 2.1 Enhancements
Major Enhancements in OS/2 2.1
Improved Application Support
WIN-OS/2 3.1 Standard Mode support - The WIN-OS/2 support is upgraded to
provide support for Windows 3.1 applications (including Windows multimedia
applications) running in Standard Mode, both seamless and full-screen. This
replaces the WIN-OS/2 3.0 support.
WIN-OS/2 3.1 Enhanced Compatibility Mode support - A new mode -
Enhanced Compatibility Mode - has been added to the WIN-OS/2 support.
This enables major Windows 3.1 enhanced-mode applications which do not
require a specific type of device driver called a VxD, to run under
WIN-OS/2.
Note: Mathematica for Windows and Omnipage Professional** are two such
Windows enhanced-mode applications which run under WIN-OS/2 3.1.
Inclusion of MMPM/2 1.1 - Multimedia Presentation Manager/2 1.1 has now
been included with OS/2 2.1. MMPM/2 provides 32-bit multimedia support
code for OS/2 PM multimedia applications, including Software Motion Video.
Internal Operating System Upgrades
WIN-OS/2 3.1 Performance Enhancements - Performance of Windows
applications running under WIN-OS/2 has been substantially improved,
especially when running in seamless mode.
32-bit PM Graphics Engine - This rewrite of the graphics engine provides a
sound basis for future powerful graphics. The immediate benefit of this is
that it enables the new 32-bit seamless display drivers to be used.
Wider Hardware Support
Installation from CD-ROM - OS/2 2.1 can now be installed from CD-ROM.
This is a major improvement, and can save much time and energy. Two
installation diskettes (both 3.5" and 5.25") are provided to start the
CD-ROM installation process.
SCSI-attached CD-ROM support - IBM and non-IBM SCSI-attached CD-ROM
devices are now supported.
OS/2 2.1 Preloaded onto IBM and PC Manufacturer (PCM) PCs - A range of
IBM and non-IBM systems can now be supplied preloaded with OS/2 2.1.
Additional SCSI Adapter support - IBM and non-IBM SCSI adapters are now
supported.
Seamless 32-bit Display Drivers for XGA, XGA-2, SVGA (Tseng, Headland,
Western Digital, Trident, ATI, Cirrus, and IBM VGA 256-color), 8514/A and
VGA - These provide seamless integration of OS/2 PM and Windows 3.1
applications on the OS/2 desktop.
A range of new and enhanced PM printer drivers, including the new
high-speed printers - are provided in OS/2 2.1.
Support for Windows 3.1 printer and display drivers - The standard set of
Windows 3.1 printer and display drivers have been included with OS/2 2.1,
and these can be used with WIN-OS/2.
Advanced Power Management support - OS/2 2.1 includes power-saving
routines for notebooks and laptops which implement the APM specifications.
PCMCIA support - OS/2 2.1 includes support routines for notebooks and
laptops which use the PCMCIA bus for adapters.

Significant Enhancements in OS/2 2.1
Improved Application Support
Dual-Thread MVDM support - This enables many DOS multimedia
applications to run smoothly by providing threads inside the MVDM for
simultaneously reading from disk and painting the screen or playing sound.
DOS_AUTOEXEC setting - A specific DOS command file can be run
automatically when a VDM is created.
Improved Clipboard and DDE support - The Clipboard and DDE support in
WIN-OS/2 has been improved, thus substantially increasing performance
especially in exchanging data between WIN-OS/2 and OS/2 PM applications.
Ability to Start a DOS or OS/2 Application from a Windows Application - It is
now possible to "shell" to a DOS or OS/2 application from within a Windows
application. This capability is especially useful for some Windows
applications that depend on DOS utilities.

OS/2 2.1 Technical Update
Inclusion of Windows 3.1 File Manager and most Accessories - Most of the
Windows 3.1 accessories, including the File Manager, Write and Paintbrush,
have now been included with WIN-OS/2 3.1.
Improved WIN-OS/2 Setup and Configuration - The setup and configuration
procedures for WIN-OS/2 applications have been substantially improved,
especially for Clipboard and DDE support.
Internal Operating System Upgrades
Warning on ACL File Protections before Installation - The OS/2 2.1
installation checks before it starts whether any files or directories
are ACL protected, in order to ensure that installation can complete
successfully.
Page Tuning Performance enhancements - Improvements have been made
to the memory working set in the Control Program, with consequent
performance improvements in low-memory situations.
XCOPY enhancements - The XCOPY utility has been enhanced to copy
across system and hidden files, and to retain the read-only attribute.
Improved OLE support in WIN-OS/2 3.1 - The Object Linking and Embedding
(OLE) support for compound documents has been improved as a result of
upgrading WIN-OS/2 to use Windows 3.1 code.
Truetype** Fonts in WIN-OS/2 3.1 - The Truetype Font technology and core
fonts have been included, also as a result of using the Windows 3.1 code.
ISO Font support - This provides a set of ISO fonts in order to meet the
new ISO 9241-3 ergonomic standard on appropriate hardware.
Improved INI file handling - The modules responsible for storing and
reading application and Workplace Shell data from the OS2.INI and
OS2SYS.INI files have been improved and rewritten in 32-bit code, in order
to be faster and more reliable.
Wider Hardware Support
Loadable ABIOS Support - This feature provides the ability for ABIOS to be
loaded into RAM from ABIOS files on disk, instead of using the ABIOS in
ROM. This capability is necessary for the PS/2 Models 56 and 57, PS/2
Server 85, and ThinkPad* 700 series notebooks, and any other PS/2 systems
which use loadable ABIOS rather than ABIOS in ROM.
Loadable ABIOS Installation - This feature provides for the ABIOS files
(which are shipped on the hardware reference diskette and on the system
partition of the disk) to be installed on the boot disk as part of the
OS/2 2.1 installation procedure. This capability is necessary for those
PS/2 systems which use loadable ABIOS.
Enhancements to Selective Install program - This feature has been
enhanced for display driver, SCSI adapter, CD-ROM drive, printer
installation, and also to allow the user to install WIN-OS/2 accessories as an
option at installation time.
Display Driver Install program - This program provides a simplified method
for installation and configuration of XGA, XGA-2, SVGA and 8514/A display
adapters, displays and resolution modes.
PS/2 Server 195 and 295 support - OS/2 2.1 will run on the PS/2 Server 195
and 295 systems. Previously, Server 195 and 295 support was limited to OS/2
1.3.
Pentium** Exploitation - OS/2 2.1 includes changes to exploit Intel's new
Pentium chip. The first phase of this exploitation improves the performance
of DOS sessions through the use of the Pentium virtual mode extensions.
Page Tuning Performance Enhancements - The OS/2 2.1 developers have
made some "under the cover" changes to improve the general performance
of OS/2 2.1, especially in low-memory situations.
XGA-2 DMQS Override - This feature enables the capabilities of advanced
non-IBM displays to be exploited when they are attached to an XGA-2
adapter, by providing the ability to override the automatic XGA-2 display
sensing (DMQS) with manual settings.
Enhanced Printer Installation - User installation of additional printer drivers
has been simplified in OS/2 2.1.

Minor Enhancements in OS/2 2.1
Improved Application Support
OS2VER file - Some applications check for a specific version number of
OS/2 2.0 before they run. The OS2VER file enables these applications to be
told that they are running on OS/2 2.0 even though they are running on OS/2
2.1.
DPMI 1.0 Subset support - The DPMI support has been upgraded to a subset
of DPMI 1.0, enabling more DOS DPMI-based applications to run.
PC Support/400 support - The new extended DOS version of PC Support/400
(V2R3), available during the second half of 1993, will run in an OS/2 2.1
VDM. This is due to the provision of multiple DPMI Client support as part of
the DPMI 1.0 Subset support.
Multimedia support for Audio in WIN-OS/2 3.1 - Windows 3.1 Multimedia
support for Audio is included, again as a result of using the Windows 3.1
code.
Workplace Shell Visual enhancements - Some minor improvements have
been made to the appearance of the Workplace Shell, including a new
notebook appearance and new icons for CD-ROM drives.
Settings Notebook Drag/Drop enhancements - It is now possible to add
program objects to a folder menu and to change the icon of any object using
drag/drop on the desktop.
Auto-lockup on System Startup - The Workplace Shell can now be
configured to enter lockup status automatically on system startup, thus
ensuring the user enters a password before using OS/2 2.1 and providing an
additional level of security.
Print Spooler Enhancements - The print spooler has been enhanced to
enable the user to vary the priority.