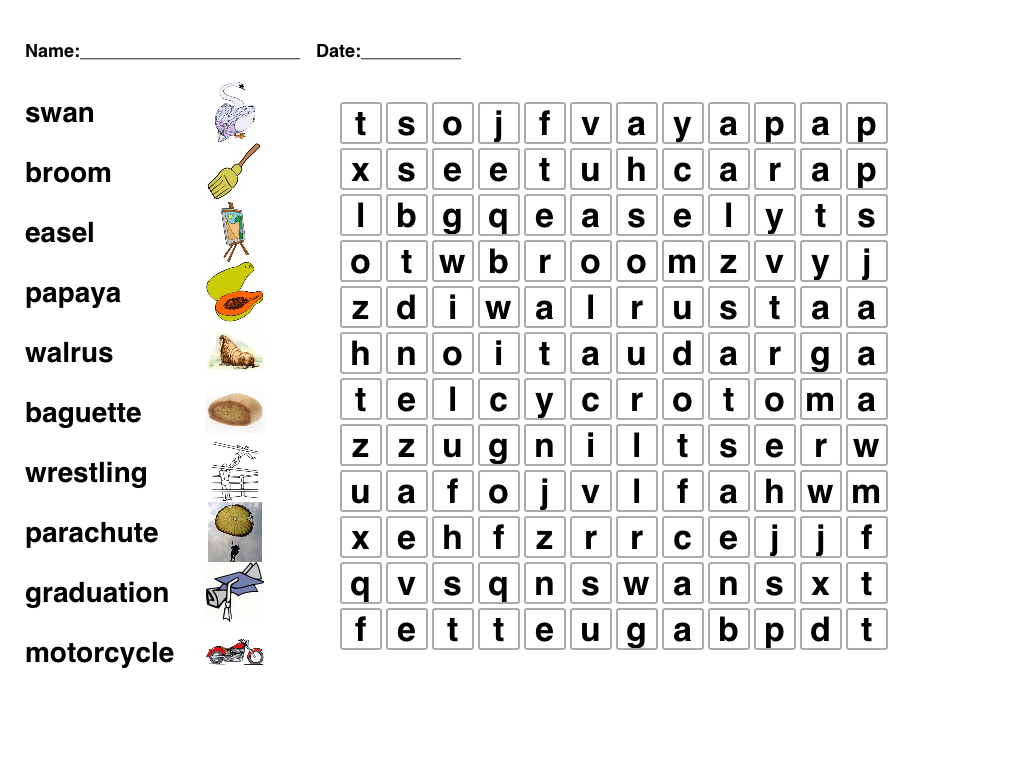 Contents of the SIXLTR.DOC file

The SIX LETTER GAME is a simple but challenging word game that tests
your vocabulary and your powers of reasoning. The program randomly selects
a six letter secret word from a dictionary of over 5400 words. Your goal
is to identify the secret word. You proceed by guessing six letter words.
The computer will tell you how many letters in your guess appear in the
same position in the secret word. Keep making guesses until you have
figured out the word.

There are three files for the SIX LETTER GAME. The two essential
files are SIXLTR.EXE and SIXLTR.DAT. Both of these files must be in the
current directory when the game is started. The third file is the file you
are reading now (SIXLTR.DOC). It is not required to run the program.
There is no real need to print this document file. Read it over once or
twice. If you want to use your word processor to print it, set the margins
at 5 and 75.

This program will run on any IBM or compatible running under DOS 2.0
or later. It requires less than 256K of memory. It will run on a
monochrome or color monitor. No graphics card is needed.

You may use upper or lower case letters. All input will be translated
into upper case automatically.

Hitting F1 during a game brings up three separate help screens. These
screen explain how to play the game, the strategy needed, and the scoring
system. These screens are short but complete. This document file provides
additional but unnecessary details.

Hitting F10 during a game allows you to quit. You will be offered a
chance to see the secret word before exiting or selecting a new word.

This program is shareware. You may, without obligation, try the
program for a while to see if you like it. If you like it and you use it,
you should send $15 to Ralph Nottingham. His address is on the first
screen.

Before each game, you will be offered the option of entering your own
secret word rather than allowing the computer to select a word. This
permits you to play a competitive game with others. Allow the computer to
select the word for the first player. That player then enters the same
word for other players. Of course, other forms of competitive play are
possible.

In order to play competitively using the same word, only the current
or past players can see the screen. If you play a competitive game, take
care that later players do not see the screen. Erase all evidence of the
previous effort before the next player approaches the screen. This can be
accomplished by reentering the secret word at the prompt. The screen will
be cleared.

The program will accept any secret word that you enter. Your word
will not be checked against the dictionary so you can enter any combination
of six letters that you want.

SCORING
The program will calculate a score for each secret word. The scoring
is rather artificial, but you may find it makes the game a bit more
interesting. The score is based on the number of guesses it took, whether
you used recognized words in making guesses, and the degree of difficulty
of the secret word.

Each word begins with a value of 100. Each guess reduces the value by
3 points. However, if you use a word that appears in the program's
dictionary, only 2 points are deducted. The idea is to encourage players
to make guesses using real words rather than meaningless collections of
letters. This makes the game more interesting and more challenging.

If you guess a word that is in the program's dictionary, a small dot
will appear to the right of the number of hits. If your word is not in
the dictionary, no dot will appear.

The last element in the score is the degree of difficulty of the
secret word. Words are rated based on the number of hard letters (such as
J, Q, X, Z, and a few others), the presence of double or triple letters,
and the presence of only one vowel in the word.

The total score is calculated by multiplying the score you have earned
times the degree of difficulty. The total score for each word and the
results for the five best words of the session are displayed after the
secret word has been identified.

There are over 5400 words in the program's dictionary. While that is
a lot of words, not all six letter words have been included. An attempt
has been made to exclude obscure words, proper names, and foreign words.
Nevertheless, although the dictionary has been edited with care, some
unsuitable words may have slipped through. If you have a reasonably good
vocabulary, you should recognize at least 98% of the words.

Not all ordinary words are in the dictionary. You will guess some
simple words and find that the program does not know them. Your score may
be reduced a bit as a result. Sorry about that, but it is difficult to
identify all forms of some words. We have certainly missed some words in
the past tense, the plural form of some words, and others as well. We have
deliberately left out words that we considered to be questionable.

If you identify some missing words or have serious objections to words
in the dictionary, please feel free to let us know. During testing, we
continually found good six letter words that were not in the dictionary.
You will almost certainly have the same experience. Write down any words
that you find to be missing and send them to Ralph Nottingham along with
your registration. Alternatively, you may send your word lists to Robert
Gellman, 431 Fifth Street, S.E., Washington, D.C. 20003.

Please note that you are specifically prohibited from altering the
dictionary on your own. In any event, making any additions, subtractions,
or changes in the dictionary will not likely to accomplish your objective.
The program expects to find the dictionary exactly as it is. Any
alterations to the dictionary may prevent the program from operating as
intended.

The original program (written in BASIC) and the dictionary were put
together by Ralph Nottingham. This version was written by Robert Gellman
in Microsoft's QuickBASIC 4.5 using the PROBAS Professional BASIC
Programming Library. PROBAS is a product of Hammerly Computer Services of
Laurel, Maryland.

This program has been carefully written and tested. There are,
however, many different types of computers and operating systems for which
no testing has been possible. As a result, no warranty or guarantee of any
type is offered. Use the program strictly at your own risk.

The program (SIXLTR.EXE), the dictionary (SIXLTR.DAT), and this
document file (SIXLTR.DOC) are all copyrighted by Ralph Nottingham and
Robert Gellman.

The program may be redistributed provided that --

1) all three files are distributed together;
2) none of the files is altered in any way;
3) no fee for the program is charged. A computer club or
software library that distributes software for a flat fee per disk may
distribute the program as long as the standard distribution fee does
not exceed $6.00 per disk for 5.25 inch floppy disks.