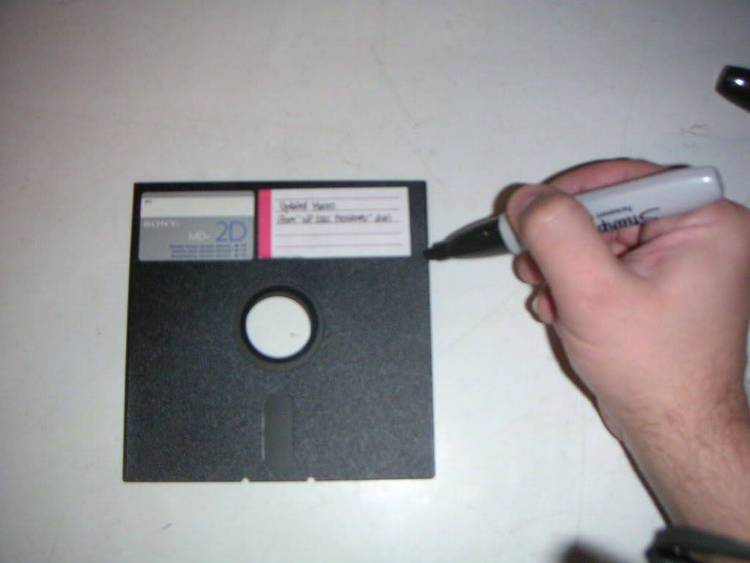 The most popular shareware comm program ever
continues its reign with a Microsoft Windows
version, complete with a FAST RIP terminal,
reliable Zmodem transfers, and its powerful
scripting languages, Telix will fit the bill
for power users and non-modem users alike.
Time-limited version; $99.00 reg.; Disk [1/2]

Contents of the README.WRI file

Installing the Shareware Version of Telix for Windows

Telix for Windows has a complete installation program included with it. Unzip the contents of each .ZIP file to a separate 1.44MB floppy disk. When you are done, you should have two floppies, disks 1 and 2. Insert disk 1 into your floppy drive, and select the menu commands "File | Run" from the Program Manager, and execute the program "SETUP.EXE" from the floppy disk. You may also double-click SETUP.EXE from the File Manager instead. Follow the instructions within the Setup program to complete the installation.

Full documentation for Telix for Windows' shareware version is available within the online help.

A Note About Shareware

We believe in the shareware concept, as it should work. It's been our experience, though, that for every one user that does the right thing and pays for their software, another twenty do not, but still think they deserve support. Shareware is a great idea in concept, but doesn't work well in practice because users of many shareware products can use them indefinitely, and are not given the "either/or" choice that is implicit in the license -- either pay for the software, or stop using it. Telix for Windows is a departure from our history of unrestricted shareware.

This copy of Telix for Windows will execute on 45 different days. This is not the same as 45 consecutive days; If you use it on October 1st, and then again on October 15th, that's two days. The last fifteen days you will be given more explicit warnings about the impending deadline. If the entire 45 days lapses without a registration, then Telix for Windows will simply cease to work. Re- installation of a fresh copy will not result in a new 45 days of usage. If you adhere to the terms of the license and to the shareware concept, then this will not affect you and should not concern you.

We fully expect to hear a lot of complaints from users about this, and to be called a lot of names for "selling out the shareware concept" or for releasing "crippleware." C'est la vie. If you are one of those who would have made such a complaint, then we think it only fair to remind you that the people who do the right thing and register their shareware have no reason to complain. Only those who want free software and can't have it any longer will complain about this new restriction. Every complaint we receive about the restriction will simply re-inforce our belief that most people don't think of shareware as "try-before-you-buy-ware", but as freeware. Since 1986, the first words seen on the opening screen of Telix's shareware versions have been "Telix is not and has never been free software...."

We know that many hackers are out there, who delight in circumventing any of what they call "cripples" (they are registration incentives) that we might install. If this software is posted at 9:00 pm on a given day, then we imagine that the patch files to circumvent the 45 day limit won't be more than a few hours behind. Sysops who post these files will be actively sought out and given cease and desist orders; those who do not comply may be met with legal recourse.

We welcome and encourage honest users and sysops to police themselves and their local BBS's for such files to ensure the future development of Telix, and we encourage users to call us anonymously and toll-free at 1-800-948-2808 to report to us any sysops who do not comply with the terms contained within the product license. For more details, please refer to the text file LICENSE.DOC included with this package.

Limitations: Differences between the Retail and Shareware Versions

Other than the 45 day evaluation limit, the only differences between the retail and shareware versions are cosmetic only. The FlashKey toolbar may not be turned off, and the first FlashKey may not be reconfigured to remove the "Register Telix" button. The title bar of the program will say "unregistered". The opening and closing screens are the only other differences.

The sample scripts and LOGIN script as mentioned in the help files did not make it into this release. They will be posted in a separate file for download and will be included in the next version as described below.

A version 1.10 patch file will be made available for download on many systems, including deltaComm Online at (919) 481-9399. This patch is estimated to be posted on or about October 31st, 1994. This patch will also be sent to all registered users automatically, and free of charge. The shipping policy for this update may vary for copies registered with other distributors.

Our CompuServe forum section as noted in the documentation has been assigned as section six of the PCVENK forum, hosted by Don Watkins. The "go telix" command will place you into the PCVENK forum but you must still join the section independently.

Our BBS, deltaComm Online, will soon have incoming telnet and anonymous ftp (estimated to be available in early November). Watch for bulletins on deltaComm Online for details.

Page numbers below apply to the printed manual that ships with the registered version only.

On page 107, in the last paragraph, the statement about the NUM-LOCK key is incorrect. The strings are solely based on the mode of the terminal, cursor mode or keypad mode, as defined by transmitted escape sequences.

In using FlashKeys, using a pound symbol: # as the first key of a macro will spawn and run the named program. For example, a FlashKey definition of #D:\DOS\EDIT" would spawn DOS and load DOS 5.x or higher's editor, if it were in that directory. To send a pound symbol as the literal first character, use two pounds: ##.

Telix for Windows now includes TrueType fonts as well as vector fonts. You must install the supplied font files, DECFONT_.TTF and TLXFONT_.TTF, into the Windows Control Panel manually -- the installation program will not do this for you. These fonts cannot display chars 0-31 due to limitations of the TrueType system.

In order for the Script Recorder to automatically begin recording a script that does not exist, though a linked script in a dialing directory entry, you must have "Recompile Scripts" checked in the General Options screen.

SALT variables _user_str1, _user_str2, _user_str3, _user_int1, _user_int2, and _user_int3 are available but not documented. These strings of 127 characters, and integers are global to all of SALT and will retain their values throughout an entire Telix session. These may be useful for passing strings back and forth between scripts, even scripts that do not call one another.

Connect strings are not case sensitive as documented on page 82. "CARRIER" and "carrier" are equivalent, and either will work.

On page 77, it is documented that 115,200 bps is grayed out if you are using the standard Windows COMM.DRV driver, which does not support this speed. In fact, 115,200 is completely removed from the list of available speeds in this case. 115,200 is possible with Telix for Windows when used with appropriate replacement communications drivers as mentioned on this page.

If your QuickTool toolbar does not have text on the buttons, "fly-by help" will pop up detailing the button's function after 1 second of non-motion on a specific button.

The HP LaserJet driver that shipped with MS Windows 3.10 is not the latest version, and contains errors that may make it impossible to print to certain HP printers. A replacement driver is available from the Microsoft Download Service at 1-206-936-6735. The driver that should be replaced is:

The correct and working driver is HPPCL5.EXE from the Microsoft Download Service.

Many video drivers as shipped with video cards are not the latest versions, and may contain bugs that can interfere with RIPscrip screens. When you encounter RIP errors, you should first make sure that your video drivers are the most recent release. Most video drivers are available on CompuServe or from the Microsoft Download Service.

The PC Speaker driver that allows Telix for Windows and other applications to play WAV files through the PC Speaker is not very reliable. If you notice lost characters or malfunctioing linked scripts when using this driver, try turning sounds or the driver off.

In order for the Script Recorder to automatically begin recording Arial does not exist, though a linked script in a dialing directory entry, you must have "Recompile Scripts" checked in