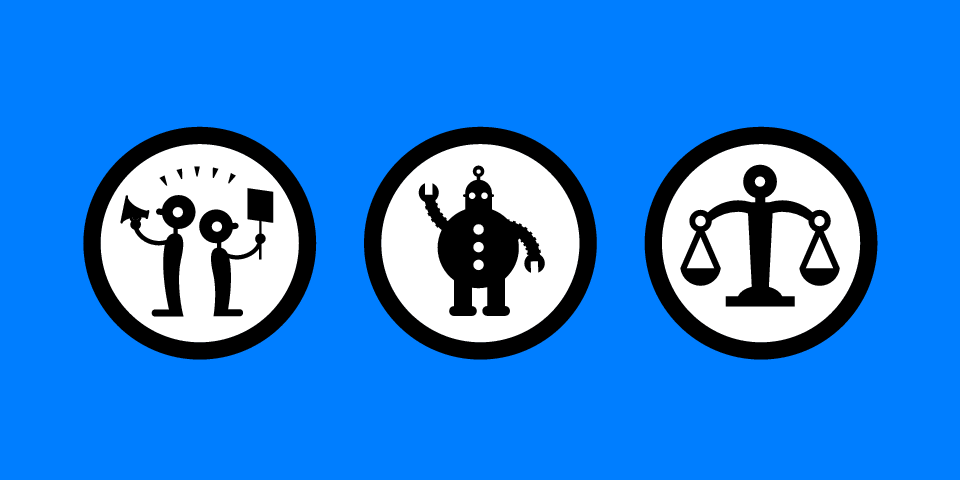 Contents of the NEWEFF.TXT file


The Electronic Frontier Foundation was founded in July, 1990 to assure
freedom of expression in digital media, with a particular emphasis on
applying the principles embodied in the Constitution and the Bill of Rights
to computer-based communication.

EFF has met many of those challenges. We have defended civil liberties in
court. We have shaped the policy debate on emerging communications
infrastructure and regulation. We have increased awareness both on the Net
and among those law enforcement officials, policy makers, and corporations
whose insufficient understanding of the digital environment threatened the
freedom of Cyberspace.

But we've found that Cyberspace is huge. It extends not only beyond
constitutional jurisdiction but to the very limits of imagination. To
explore and understand all the new social and legal phenomena that
computerized media make possible is a task which grows faster than it can
be done.

Maintaining an office in Cambridge and another in Washington DC, has been
expensive, logistically difficult, and politically painful. Many functions
were duplicated. The two offices began to diverge philosophically and
culturally. We had more good ideas than efficient means for carrying them
out. And an unreasonable share of leadership and work fell on one of our
founders, Mitch Kapor.

These kinds of problems are common among fast-growing technology startups
in their early years, but we recognize that we have not always dealt with
them gracefully. Further, we didn't respond convincingly to those who began
to believe that EFF had lost sight of its founding vision.

Against that background, the EFF Board met in Cambridge on January 7, 8,
and 9 to revisit EFF's mission, set priorities for the Foundation's future
activities, adopt a new structure and staff to carry them out, and clarify
its relationship to others outside the organization.

We will be shutting down our original Cambridge office over the next six
months, and moving all of EFF's staff functions to our office in
Washington.

In December, we announced that Mitch Kapor would be leaving the job of
Executive Director. He wanted to devote more time and energy to specific
EFF projects, such as The Open Platform Initiative, focusing less on
administrative details and more on EFF's strategic vision. We also said
that we would conduct a search for his replacement, appointing Jerry Berman
as our Interim Director. Jerry's appointment is now permanent, and the
search is terminated.


3. CLIFF FIGALLO WILL MAINTAIN EFF'S PRESENCE ON-LINE, AND WILL DIRECT THE
TRANSITION PROCESS.

Cambridge Office Director Cliff Figallo will manage the EFF transition
process, working out of Cambridge. He is now considering a move to
Washington for organizational functions yet to be defined. In the meantime,
he will oversee our on-line presence and assure electronic accessibility.

We recognize the enormous resource represented by Mike Godwin. He probably
knows more about the forming Law of Cyberspace than anyone, but differences
of style and agenda created an impasse which left us little choice but to
remove him from his current position. EFF is committed to continuing the
services he has provided. We will discuss with him a new relationship which
would make it possible for him to continue providing them.

Despite the departure of the Cambridge communications staff, we expect to
continue publishing EFFector Online on schedule as well as maintaining our
usual presence online. Both functions will be under the direction of Cliff
Figallo, who will be assisted by members of the Board and Washington staff.

John will replace Mitch Kapor as Chairman of EFF's Executive Committee,
which works closely with the Executive Director to manage day to day
operations. Mitch will remain as Board Chairman of EFF. All of the
directors have committed themselves to a more active role in EFF so that
decisions can be made responsively during this transition.


7. EFF WILL NOT SPONSOR LOCAL CHAPTERS, BUT WILL WORK CLOSELY WITH
INDEPENDENT REGIONAL GROUPS.

We have labored mightily and long over the whole concept of chapters, but,
in the end, the Board has decided not to form EFF chapters. Instead, EFF
will encourage the development of independent local organizations concerned
with Electronic Frontier issues. Such groups will be free to use the phrase
"Electronic Frontier" in their names (e.g., Omaha Electronic Frontier
Outpost), with the understanding that no obligation, formal or informal, is
implied in either direction between independent groups and EFF. While EFF
and any local groups that proliferate will remain organizationally
independent and autonomous, we hope to work closely with them in pursuit of
shared goals. The EFF Board still plans to meet with representatives of
regional groups in Atlanta next week to discuss ideas for future
cooperation.


8. WE CLARIFIED EFF'S MISSION AND ACTIVITIES

In undertaking these changes, the board is guided by the sense that our
mission is to understand the opportunities and challenges of digital
communications to foster openness, individual freedom, and community.

We expect to carry out our mission through activities in the following areas:

POLICY DEVELOPMENT AND ADVOCACY. EFF has been working to promote an open
architecture for telecommunications by various means, including the Open
Platform Initiative, the fight against the FBI's Digital Telephony wiretap
proposal, and efforts to free robust encryption from NSA control.

FOSTERING COMMUNITY. Much of the work we have done in the Cambridge office
has been directed at fostering a sense of community in the online world.
These efforts will continue. We have realized that we know far less about
the conditions conducive to the formation of virtual communities than is
necessary to be effective in creating them. Therefore, we will devote a
large portion of our R & D resources to developing better understanding in
this area.

LEGAL SERVICES. We were born to defend the rights of computer users against
over-zealous and uninformed law enforcement officials. This will continue
to be an important focus of EFF's work. We expect to improve our legal
archiving and dissemination while continuing to provide legal information
to individuals who request it, and support for attorneys who are
litigating. Both the board and staff will go on writing and speaking about
these issues. Our continuing suit on behalf of Steve Jackson Games is
unaffected by these changes.

RESEARCH & DEVELOPMENT. We have started many projects over the years as
their need became apparent. Going forward, EFF will allocate resources to
investigating and initiating new projects. To ensure that our projects have
the greatest impact and can reasonably be completed with the resources
available, EFF will sharpen its selection and review process.

We expect that the foregoing may not sit well with many on the Net. We may
be accused of having "sold out" our bohemian birthright for a mess of
Washingtonian pottage. It may be widely, and perhaps hotly, asserted that
the "suits" have won and that EFF is about to become another handmaiden to
the large corporate interests which support our work on telecommunications
policy.

However plausible, these conclusions are wrong. We made these choices with
many of the same misgivings our members will feel. We have toiled for many
months to restore harmony between our two offices. But in some cases,
personal animosities had grown bitter. It seems clear that much of the
difficulty was structural. We believe that our decisions will go far to
focus EFF's work and make it more effective. The decision to locate our one
office in Washington was unavoidable; our policy work can only be done
effectively there.

Given the choice to centralize in Washington, the decision to permanently
appoint Jerry Berman as our Executive Director was natural. Jerry has, in a
very short time, built an extremely effective team there, so our confidence
in his managerial abilities is high. But we are also convinced of his
commitment to and growing understanding of the EFF programs which extend
beyond the policy establishment in Fortress Washington.

We recognize that inside the Beltway there lies a very powerful reality
distortion field, but we have a great deal of faith in the ability of the
online world to keep us honest. We know that we can't succeed in insightful
policy work without a deep and current understanding of the networks as
they evolve -- technically, culturally, and personally.

To those who believe that we've become too corporate, we can only say that
we founded EFF because we didn't feel that large, formal organizations
could be trusted with the future of Cyberspace. We have no intention of
becoming one ourselves.

Some will read between these lines and draw the conclusion that Mitch Kapor
is withdrawing from EFF. That is absolutely not the case. Mitch remains
thoroughly committed to serving EFF's agenda. We believe however, that his
energies are better devoted to strategy and to developing a compelling
vision of future human communications than in day to day management.

The difficult decision to reject direct chapter affiliation was based on a
belief that no organization which believes so strongly in
self-determination should be giving orders or taking them. Nevertheless, we
are eager to see the development of many outposts on the Electronic
Frontier, whether or not they agree with us or one another on every
particular. After all, EFF is about the preservation of diversity.

This has been a hard passage. We have had to fire good friends, and this is
personally painful to us. We are deeply concerned that, in moving to
Washington, EFF is in peril for its soul. But we are also convinced that we
have made the best decisions possible under the circumstances, and that EFF
will be stronger as a result. Please cut us some slack during the
transition. And please tell us (either collectively at [email protected] or
individually at the addresses below) when we aren't meeting your
expectations. In detail and with examples. We don't promise to fix
everything, but we are interested in listening and working on the issues
that affect us all.

The Board of Directors of the Electronic Frontier Foundation