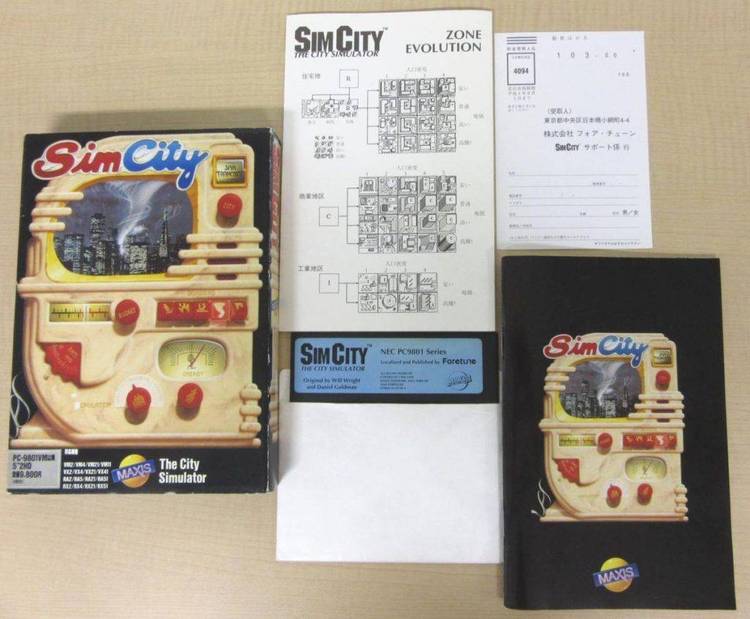 Contents of the DAMMIT.DOC file

This software is provided "as is" with no guarantees of any kind. You,
the user, are permitted and encouraged to distribute it and use it, but
under the following conditions:

1) You absolutely, positively may not sell this program.

2) Under no circumstances should you distribute versions of this pro-
duct which have been altered in any way without the permission of BSX
International.

3) Under no circumstances should you remove the copyright notices from
the code or from the documentation which is provided with it.

4) This is a shareware product. You may use it for free for a short
period. After that you must either register or stop using it. You may
still distribute it, however.
If you find this program to be a blast, you ought to send along a
$5.00 registration fee to:

Look, it's real easy. These dox are nice, and you oughtta skim them.
But we gotta tell you: It's a true gut to use DAMMIT!, dammit.

I. That Darn Solitaire

When you have filled the grid, you can then discard all the tens and
all the pairs of non-face cards whose values add up to ten (aces count as
ones). Then you fill the grid again, and discard, and fill, ad nauseum,
until the face cards are all out in the above pattern. But you lose if
you can't place a face card, or if you fill the grid and it has no tens
or pairs that add to ten. It's rough; it's tough; it's in the buff. Be
prepared to get yer butt kicked a lot. But the thrill of victory makes
the agony of defeat worthwhile.
Variations: some people like to wimp out and play by the rules that
let you not only eliminate tens and pairs that add to ten, but also to
eliminate ANY groups that add to ten; say a six, a three and an ace. This
is an unbelievably weenie thing to do, but DAMMIT now offers it as an
option.

If you don't know what an "Environment variable" is and don't want to
know, then skip this paragraph. You'll just have to run DAMMIT! from the
default directory. But if you want to run DAMMIT! from anywhere, then
you'll have to set the DAMMIT environemnt variable. The line:
set DAMMIT=D:\GAMES\DAMM\ in yer AUTOEXEC.BAT file, for example, will let
you run DAMMIT regardless of where you are, provided that the directory
D:\GAMES\DAMM contains DAMMIT.EXE and the 3 .PAT files. It's crucial
to include the final "\" in the variable.
Now it's really easy. Just make sure you have DAMMIT.EXE, DAMMIT.PAT,
DAMMIT2.PAT, and DAMMIT3.PAT in the default directory and type
dammit
at the DOS prompt. You'll see the opening screen and cruise on to an all-
nighter of solitaire madness. You take cards from the deck by clicking
on it. You put the now face-up deck card in a grid square by clicking in
the square. Note that face cards will only go into their appropriate pos-
itions, and that the cursor becomes a hand there. Other cards may go in
any square. Starting with version 5.0, DAMMIT! has had the "oh jeez I
didn't mean to put it there" option. If you put a card in a grid square
and then realize that that wasn't what you wanted, you can hit the right
button to put it back on the top of the deck and place it over again. But
after turning over the next card, there ain't no such option. That ain't
allowed in the card game, and it ain't allowed here.
Once the grid is filled you can eliminate tens by clicking on
them, and you can eliminate pairs by first clicking on one card to high-
light it, then clicking the other. If you change your mind after high-
lighting a card, just hit the right mouse button to unselect it. Click on
the deck to start filling again.
Rule varations: Starting with DAMMIT! 6.0, you have had the option to
choose to play by the wimpy rules; that is, allowing the elimination of
not just tens and pairs that add to ten, but of all groups that add to
ten. 'Tis wimpy, but 'tis offered, because BSX International has only YER
best interests at heart.
DAMMIT! is truly idiot-proof; I know because I've tested it myself a
million times, doing all sorts of idiotic stuff. Lose the .PAT files, or
forget the rules of the game, or try to run on a system w/o EGA or mouse:
NO sweat! DAMMIT! WILL NOT crash. Nothing's more annoying than a game
that crashes. Also, it's VERY user-friendly; you never touch the keyboard
so you only have to use your mouse hand. You other hand is free to do
anything else. But let's not talk about that. You might want to disable
mouse-ignorant screen savers, or the screen may blank and scare the very
bejeebers outta you, until you remember that all you gotta do is hit a
key. Happens to me a lot when using mouse-only applications.
One nifty option is the silent playing mode. This lets you
play without any of the cute music playing on startup and after winning
or losing. So you can play without bosses/and or parents and/or your
roommate(s) kicking yer hiney. To run DAMMIT! in silent mode, just use
the parameter -s (or -S) on the command line, as in
C>dammit -s.
Silent mode is also accessible from the playing screen. But this comes
AFTER the initial startup tune. So if you don't even want that, use -s.
This brings us to the Boss option. Say you got a real dull, pointless
job, kind of like mine, and you decide to kill some time with a nice game
of DAMMIT! But yer neo-facist employer would not take a shine to that if
he was to catch you at it. Yer boss, the Master of the Universe with his
heroic Yale chin, would toss you in the shredder if he caught you goofing
on this GAME instead of making him money. (An aside: I'm using the male
pronoun for simplicity. I know there are plenty of horrible *female*
bosses, too.) What to do? Well, just hit the Boss button on the playing
screen, and -POW!- up comes a fake DOS screen. Yer boss walks by, none
the wiser. You may type "exit" or "dammit" at the bogus DOS prompt to
return to yer game. Cool, huh? This is a convincing Boss screen, not a
lame EGA "C>" like in F19 Stealth Fighter.

DAMMIT! was written over a weekend of serious beer-drinking and hard-
core Chinese food-eating. It was done in Turbo Pascal 5.5 on an IBM PC
with an Intel Inboard 386, an Atasi 40Mb hard drive, a Vega EGA card, and
a Microsoft bus mouse.
The mouse routines used were those in the Public Domain TP4 unit known
as EGAMOUSE, by Eduardo Martins. This is a fine, simple-to-use unit that
comes with source, allowing for easy modification. I modified it to make
the vertical arrow shape in DAMMIT!, along with a bunch more.

Thanks to all you who've sent donations to BSX International and its
predecessor, Bigsoft Industries. Even the letter from the guy in Kuwait
was appreciated, although he CLAIMED he didn't have any American money to
send. I would have liked a couple oil wells, but you know. Additional
thanx are due to Vernon Huang, Donna Brown, and a bunch of other folks
who have made a point of telling me how badly my programs suck. Still
more gracias to Ken Gutierrez for inspiring the improvement of the card
graphics.

Version 5.1 released 25 Jul. 89. Cursor changed so it's a vertical
arrow when placing a non-face card in an empty square.

Version 1.0 released 6 Jun. 89. Initial release. Decision made to
use The Internationale for opening screen music to show support for the
Beijing massacre victims and their fellow pro-democracy activists.

-----
Bob Roberds BSX International
"The Ayatollah of Rock 'n' Rollah"
Durham, North Carolina October 1989
"Sometimes I get the menstrual cramps REAL HARD."
PS: Quit whining and just wear yer (expletive deleted)ing seatbelt.
PPS: Death to the antitechnological pinheads who are trying to block the
exploration of Jupiter. May they die with festering pustules all over
their descending colons. You may have guessed that I don't much care for
these so-called "people". May all their relatives perish in flaming auto
accidents.