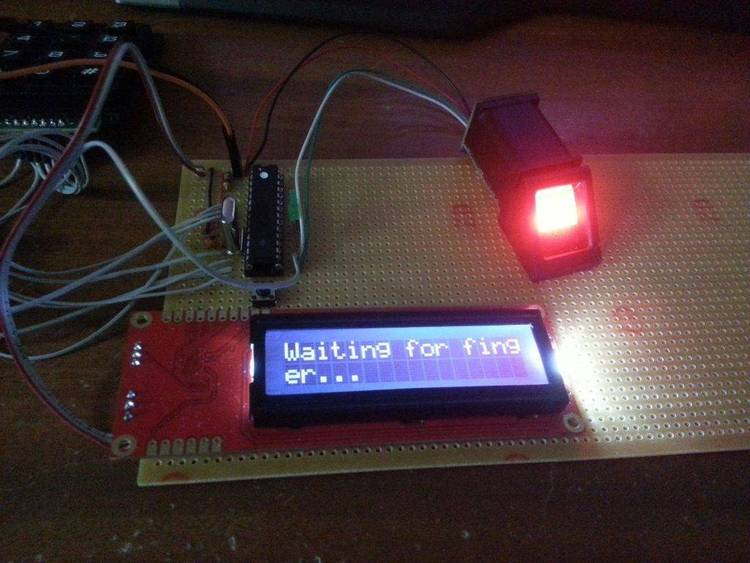 HC2000 v2.1 DEMO X-10 control system for
home or business; use with modules to monitor
motion detection alarms or status, set motors
or lights ON/OFF/DIM. Full program needs
TW-523 module & port adaptor for 2-way
interactive system. TSR and DOS "call" for
use of other programs simultaneously. Can be
programmed with "English Language Structure"
phrases that are menu selected. This is a
Top-Of-The-Line full featured program.

A User Program that was created for version 1.1 will work with 2.1 if
the file extension (.HC) is schanged to .HC2 and if a spare byte in each
"Call" and "After delay Call" is set to zero. The HCUPDATE.EXE utility
is provided to do this in one quick pass.

The "in the" padding and the quotation marks (which just waste space
on the line) has been removed and the Room name appears first. The User
Program does not have to be changed for this, because it is a feature
of the new HC2000 Interpreter. Thus:-


A "Flush" statement has been added that forces a call to the X10 Driver.
This means that all pending X10 signals will be flushed into the buffer
now rather that waiting for the end of the Event sequence. Thus the
following example , the module will sweep up and down in a series of
Brights and Dims. Without the Flush statements, the module would just
go to 100% :-


The "If" statement has an additional form to test the current brightness
level of a Module. Examples:-


The "Right" shift command to indent statements that are subject to "If"
and "Else" statements has an added feature. After ten shifts, the whole
statement is "Commented out" and will not be executed. The "Left" shift
will bring it back again.


The Editor makes a better estimation of when to indent after an "If"
statement; not perfect, but better.


There are five Boolean Option Flags that control features in the HCEDIT
Editor program. They are:-

Share Addresses ... Allow two or more Module names to be assigned to
the same X10 Address. (Forbidden in 1.1).

Screen Timeout .... Causes the Screen to Blank-out if showing the Status
Display and there have been no changes for one minute.

Go Status ......... Go directly to the Status display when HCEDIT is
loaded.

Enable F10 ........ Allow the direct execution of any Subroutine from
within the Editor. Once a subroutine has been "Marked",
(first select the subroutine name and press F5,)
it can be executed with the F10 function key no matter
which Editor display is showing at the time. You can
now watch the Log Buffer from the Editor (new feature
in 2.1), or the Variables list or the Status of all
modules. This feature is most useful during program
creation and debugging.

Call Keyword ...... The "Call" keyword can be shown, or not. This option
makes User Program reading better if subroutine names
that expect a Module Parameter (see next item) are
carefully chosen:-

In the above, "Turn Down the", "Lower the" and
"Close the" are subroutine names.


Subroutines can have one optional Module name Parameter. (Use User defined
Variables to pass other numeric information). Within a subroutine, the
passed parameter is specified as "the Module". (This is shown as a Room
called "the" with one Module called "Module".) The parameter can be
passed to nested subroutines too. In the following example, "Level Code" is
a variable (0, 1, 2, or 3) that signals what is to happen to the named
Module. If the Code is 3, then another subroutine is called to act on the
same Module:-


There is a new System Variable called "Button Number" that contains an
encoded ID of the most recent X10 external event. The numeric value is
composed of the House Code, the Unit number and an ON/OFF indicator. Thus
it is the sum of:-

Here is an example of how it can be used:-

This feature is most useful when many buttons can be processed by the
same set of subroutines. Remember that a correcly formed Remote subroutine
name in the User Program will catch specific buttons and not call the
"On Undefined" routine. So, if a Button is used as a unique item, use the
Remote name, otherwise the above technique may be best. (It costs less in
Subroutine Names which are limited to 100 total.)


A new "Sound" statement has been added. It plays a very short beep at a
frequency determined by a user Variable. It is not meant for playing music
but rather for simple confirmation signals:-

The above could be called by:-


There is a "Trace" statement that turns ON or OFF the new trace feature.
When turned ON, all X10 signals are logged to the Log Buffer along with
Module references, User Program line numbers and a Time Stamp. This is
useful for setting a debugging trap:-


The "Cut" and "Paste" commands use a FIFO stack (30 deep) instead of the
single line Clipboard in version 1.1 of HCEDIT. Also, a "Copy" command
has been added that copies lines to the stack without deleting them. This
makes it much easier to move lines around the User Program.


The List of User Variables permits you to move items around, leave blanks
and group together related items (such as Constants, Log messages etc). If
you can spare a line as a Comment or Blank, the list reads better:-


The Colors used by HCEDIT have been tamed. However, if you are using a
Black/White display, it helps to specify BW80 at the DOS level:-