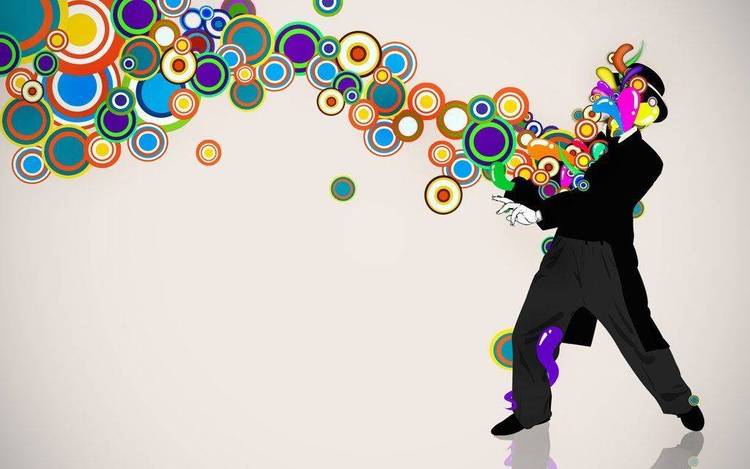 Contents of the TRIPONIT.DOC file

TRIPONIT is shareware and requires registration. Please support
programmers that try to provide the public with low cost software.
This program took a great deal of my time and am sharing with the
world for a VERY low cost.

A registration/donation of $5.00 US is suggested for the use of
TRIPONIT by individual home users. Registration is for one year
and entitles the holder to unlimited free upgrades (including versions
that use the coprocessor). When registering, a diskette containing the
latest version may be requested. Add $9.00US for diskette mailings.
Only one diskette mailing will be made.

Registration is for home users only and does not apply to
businesses, corporations, organizations, government agencies, or
schools, who must obtain a license for use. Contact Webbco
Industries for more information.

This registration holds for outside of the United States.

TRIPONIT is simple to use and requires no user interaction. All
you have to do is sit back and TRIP-ON-IT.

TRIPONIT can create an infinite variety of images based on a
plethora of image processing routines.

TRIPONIT requires VGA and quite a bit of free memory (optimally at
least 512K).

Hit 'q' to exit the program and any other key to change the image.

Thats about it, just kick back and enjoy!!!

Note: Some of the image processing can take some time, so be patient!

Disclaimer: The subject of appendix A in no way reflects the
attitudes of Greg Webb or anyone at Webbco Software. This
information is provided mearly as helpful information to the user.

The most celebrated study that claims to show brain damage
is the rhesus monkey study of Dr. Robert Heath, done in the late
1970s. This study was reviewed by a distinguished panel of
scientists sponsored by the Institute of Medicine and the
National Academy of Sciences. Their results were published under
the title, "Marijuana and Health" in 1982. Heath's work was
sharply criticized for its insufficient sample size (only four
monkeys), its failure to control experimental bias, and the
misidentification of normal monkey brain structure as "damaged".
Actual studies of human populations of marijuana users have shown
no evidence of brain damage. For example, two studies from 1977,
published in the Journal of the American Medical Association
(JAMA) showed no evidence of brain damage in heavy users of
marijuana. That same year, the American Medical Association
(AMA) officially came out in favor of decriminalizing marijuana.
That's not the sort of thing you'd expect if the AMA thought
marijuana damaged the brain.

This claim is based chiefly on the work of Dr. Gabriel
Nahas, who experimented with tissue (cells) isolated in petri
dishes, and with researchers who dosed animals with near-lethal
amounts of cannabinoids (i.e., the intoxicating part of
marijuana). Nahas' generalizations from his petri dishes to
human beings have been rejected by the scientific community as
being invalid. In the case of the animal experiments, the
animals that survived their ordeal returned to normal within 30
days of the end of the experiment. Studies of actual human
populations have failed to demonstrate that marijuana adversely
affects the reproductive system.

3. Marijuana is a "gateway" drug -- it leads to hard drugs

This is one of the more persistent myths. A real world
example of what happens when marijuana is readily available can
be found in Holland. The Dutch functionally decriminalized
marijuana in the 1970s. Since then, hard drug use -- heroin and
cocaine -- have DECLINED substantially. Even use of marijuana
has declined. If marijuana really were a gateway drug, one would
have expected use of hard drugs to have gone up. Actual studies
of hard drug "addicts" reveal that they start with alcohol or
tobacco more frequently than marijuana.

Like the studies claiming to show damage to the reproductive
system, this myth is based on studies where animals were given
extremely high doses of cannabinoids. These results have never
been duplicated in human beings. Interestingly, two studies done
in 1978 and one done in 1988 showed that hashish and marijuana
may have actually stimulated the immune system in the people
studied.

5. Marijuana is much more dangerous than tobacco

Smoked marijuana contains more carcinogens than does an
equivalent amount of tobacco (1.5 to 3 times). Marijuana,
however, unlike tobacco, actually dilates (enlarges) the air
passages in the lungs which promotes self-cleaning. This is one
reason why cannabis has been found useful in the past in treating
asthmatics. It should be remembered that a heavy tobacco smoker
consumes much more tobacco than a heavy marijuana smoker consumes
marijuana. Two other factors are important. The first is that
paraphernalia laws directed against marijuana users make it
difficult to smoke safely. These laws make water pipes and
bongs, which filter some of the carcinogens out of the smoke,
illegal and, hence, unavailable. The second is that, if
marijuana were legal, it would be more economical to have
cannabis drinks like bhang (a traditional drink in the Middle
East) or tea which are totally non-carcinogenic. This is in
stark contrast with "smokeless" tobacco products like snuff which
can cause cancer of the mouth and throat. Nicotine itself is
very toxic in even small quantities. In contrast, the
cannabinoids are relatively non-toxic. When all of these facts
are taken together, it can be clearly seen that the reverse is
true: marijuana is much SAFER than tobacco.

6. Legal marijuana would cause carnage on the highways

Although marijuana, when used to intoxication, does impair
performance in a manner similar to alcohol, actual studies of the
effect of marijuana on the automobile accident rate suggest that
it poses LESS of a hazard than alcohol. When a random sample of
fatal accident victims was studied, it was initially found that
marijuana was associated with RELATIVELY as many accidents as
alcohol. In other words, the number of accident victims
intoxicated on marijuana relative to the number of marijuana
users in society gave a ratio similar to that for accident
victims intoxicated on alcohol relative to the total number of
alcohol users. However, a closer examination of the victims
revealed that around 85% of the people intoxicated on marijuana
WERE ALSO INTOXICATED ON ALCOHOL. For people only intoxicated on
marijuana, the rate was much lower than for alcohol alone. This
would suggest that legal marijuana would not pose as serious a
hazard as legal alcohol.

This is an out-and-out lie perpetrated by the Partnership
for a Drug-Free America. A few years ago, they ran a TV ad that
purported to show, first, a normal human brainwave, and second, a
flat brainwave from a 14-year-old "on marijuana". When
researchers called up the TV networks to complain about this
commercial, the Partnership had to pull it from the air. It
seems that the Partnership faked the flat "marijuana brainwave".
In reality, marijuana has the effect of slightly INCREASING alpha
wave activity. Alpha waves are associated with meditative and
relaxed states which are, in turn, often associated with human
creativity.

This is true but misleading. When one is iotoxicated on
alcohol, one's motor control is affected. When one is
intoxicated on marijuana, one's concentration is affected. Any
impairment of short-term memory disappears when one is no longer
intoxicated. Often, the short-term memory effect is paired with
a reference to Dr. Heath's poor rhesus monkeys to imply that the
condition is permanent.

This is also true but misleading. Cannabinoids are fat
soluble as are innumerable nutrients and, yes, some poisons like
DDT. For example, the essential nutrient, Vitamin A, is fat
soluble but one never hears people who favor marijuana
prohibition making this comparison.

10. There are over a thousand chemicals in marijuana smoke

Again, true but misleading. The 31 August 1990 issue of the
magazine Science notes that of the over 800 volatile chemicals
present in roasted COFFEE, only 21 have actually been tested on
animals and 16 of these cause cancer in rodents. Yet, coffee
remains legal and is generally considered fairly safe.

11. No one has ever died of a marijuana overdose

This is true. It was put in to see if you are paying
attention. Animal tests have revealed that extremely high doses
of cannabinoids are needed to have lethal effect. This has led
scientists to conclude that the ratio of the amount of
cannabinoids necessary to get a person intoxicated (i.e., stoned)
relative to the amount necessary to jill them is 1 to 40,000. In
other words, to overdose, you woumd have to consume 40,000 times
as much marijuana as you needed to get stoned. In contrast, the
ratio for alcohol varies between 1 to 4 and 1 to 10. It is easy
to see how upwards of 5000 people die from alcohol overdoses
every year and no one EVER dies of marijuana overdoses.

The follow is a list of friends that I've lost touch with.
My friends from college and highschool have spread out all over
the country and have been difficult to keep track of. If you
know of anyone on this list ask them if they know me and tell
them to give me a call either at the number listed in the
program or (301)461-9243 (my parents number, MD). Thanks I
appreciate this, its one of the main reasons I'm distributing
this software. If you feel real helpful check the phone book
out (some of the names aren't very common) or post the list in
the grocery store or library. These people are all between the
ages of (18-26) as of 1/92.

Thanks for looking, this really means a lot to me. I hope you
enjoy this software.