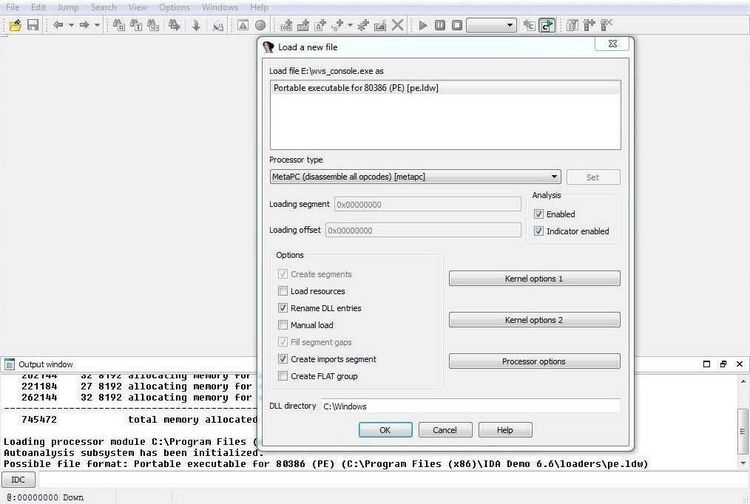 Contents of the ASMGEN.DOC file


This program will generate 8086/87/88 assembly code text that is
compatible with the IBM Personal Computer Macro Assembler from
any executable diskette file up to 65,535 bytes. The output can
be routed to the console or a diskette file. A reference list
may be generated separately or embedded at the appropiate
instruction counter address in the assembly code.

Some manual touch up will be required before reassembly, but
nearly all the typing is done for you by ASMGEN and anything
questionable is marked with "??".

A file of sequential instructions may be resident on the same
diskette to indicate to ASMGEN which addresses contain code,
bytes, words, or strings. This file may also include
instructions to assume segment register values or toggle the
output of assembley code text, generation of the reference
table, 8087 mnemonics, of the inclusion of embedded reference
information in the assembly file.

DEBUG may be used to browse through the executable file to
determine the starting locations of code and data to develop the
sequential instruction file. It is important to accurately
specify these locations for an accurate reference tabel and
minimum touching up of the ASM output text.

The number of references within the file determines the amount
of memory required since a reference tabel is built in memory
during the first pass. Disassembly is done from disk and only
one file sector is in memory at any given time. Therefore memory
size does not limit the size of the file to be disassembled. 48K
bytes of memory will be enough for most programs but a few will
need 64K or 128K. One diskette drive is sufficient but two is
more convenient.

There are two ways to work with ASMGEN: either by using the
command menu or by calling ASMGEN with parameters. Following are
the descriptions of both options.

The program is invoked by typing: ASMGEN