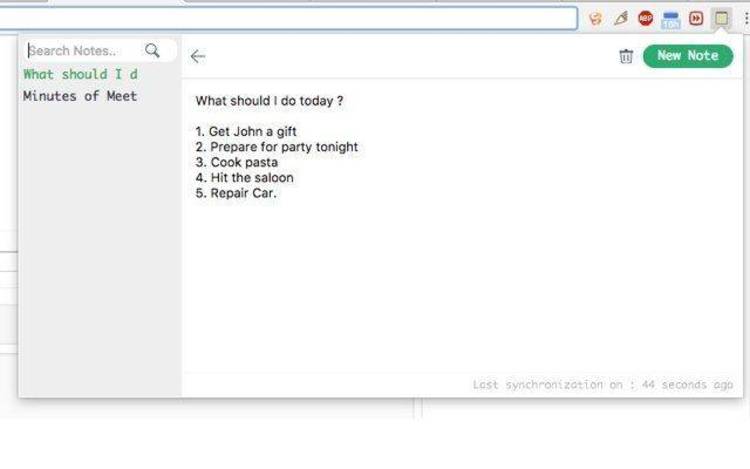 Contents of the NOTEPAD4.DOC file

3.1 FIX PC-TALK CRASH BUG
CHANGE WORKING OF TAB CHARACTER
SAVE TO DISK ONLY WHEN CURSOR HOMED

3.0 ADD SAVE TO/RESTORE FROM DISK FEATURE

Many times, while sitting at the keyboard, I would find myself reaching
for a pad of paper or that ever elusive pen to jot down a file name or
a number off the screen. Thus it was with excitement that I came across
a copy of the public domain program NotePad, which provided an easily
called up note pad for jotting down notes (this idea is also encorporated
in such products as SideKick, but the public domain well rarely fails me).

I was rather disappointed with NotePad, however, in that once a note
was written, it was up there for good; no editing was possible. One wasnt
even allowed to back up the cursor; thus, when a screen full of notes had
been made, notepad was no longer of any use. I decided that it was worth
the trouble of rewriting the thing. Since the source was not to be found,
I was forced to start from scratch and write my own.

NotePad4 has the same format of being callable from any routine
which performs keyboard input using interrupt 16 (and that's just about
everyone) by entering a special key (currently configured for Alt-F10).
Once NotePad4 is up, the operator has full editing capability, so that
notes can be removed or edited as they become obsolete.

A further capability is that NotePad4 will "feed" a note into the
application. An example here best serves as explanation. A list of file
names scrolls by on the screen, say from a 'DIR' or 'SDIR' command. I want
to process these files (maybe simply delete them, but it makes no difference).
If I process the first file, the rest of the file names will scroll off
the screen. Therefore, I open up the note pad area and jot down the
file names of interest. Now I need the file names for processing. I could
open up the note pad, memorize the first file, close the note pad and type
that filename again. But computers are supposed to save me work, not force
me to type things multiple times; therefor, what I do is run my application
routine up to the point that the file name is needed. Then open the window
and place the cursor at the beginning of the file name and depress 'mark/feed'
(configured for end key). I then scroll over to the character
beyond the file name and again press 'mark/feed'. NotePad4 then enters
the filename again for me!

Notepd4 can change notes using the brown "-" key. Depressing this key
will cause the open note pad to be updated and the operator to be quizzed for
a new file name. Entering a new notepad file will cause that file to be open
and the notepad reopened with that information. Entering a return with no
file name will reopen the notepad area with the original data but with the
original note pad file closed.

Depressing the PrtSc key at any time that the notepad area is open
will cause the note to be printed onto LPT1. A border of asterisks outlines
the note on the printer for legibility.

Below is a layout of the keys to which NotePad4 assigns editing
meaning. Any key which NotePad4 does not understand, it merely saves
as ASCII. Depressing Alt-F10 enters and exits notepad.

NotePad2 had one major drawback towards being a truly useful tool:
notes were not saved on disk; thus, once power was turned off, all
notes were lost. NotePad3 functions identically to NotePad2 except
that this limitation is addressed as follows:

NotePad3 may be installed by simply entering its name, with not arguments,
as was done for NotePad2. If installed this way, it functions identically
to the previous version. It may also be installed with a file name argument,
for example:

Notice that the filename must be a full path name, including any directories
if applicable. Notepad3 will attempt to read that file. If it cannot, it
will not install, thinking that the name was misspelled, etc. If it can,
NotePad3 will read the note into the scratch area. Every time the notepad
area is subsequently exited, NotePad3 will update the file by writing the
scratch area out to disk. If the disk containing the specified file is
not in the indicated drive, a new file will NOT be created and the scratch
area will not be saved to disk. In this way, with NotePad3 notes may be
continued from one day to the next.

It was sometimes found to be inconvenient for non-harddisk users to save
note pad to disk every time the note pad was modified. It was also decided
that it was an advantage to be able to make "temporary" notes that were not
saved to disk; therefore, the NotePad3.1 only saves to disk if the cursor
is homed in the note pad area.

Some observant users discovered a crash which occured with some (not many)
programs. Unforturnately, one of these programs was the ever popular
PC-TALK. This bug was found and fixed.

The feed to application function was found to be very useful. In support
of this function the tab/reverse-tab function was modified from a tab
function to a Wordstar type Cntrl-F function. If the cursor is on a space,
depressing tab moves the cursor to the first character that is not a space
or to the end of the line. If the cursor is on a non-space, then the cursor
is moved to the first space character. This is most useful to delineate fields
to be fed to the application. Tab moves towards the right, back-tab to
the left.

In addition, a skip trailing blank algorithm was installed with carriage returns
at the end of each line so that when feeding multiple lines of a note
into either an editor or a file, the file appears closer in appearance to the
note on the screen.