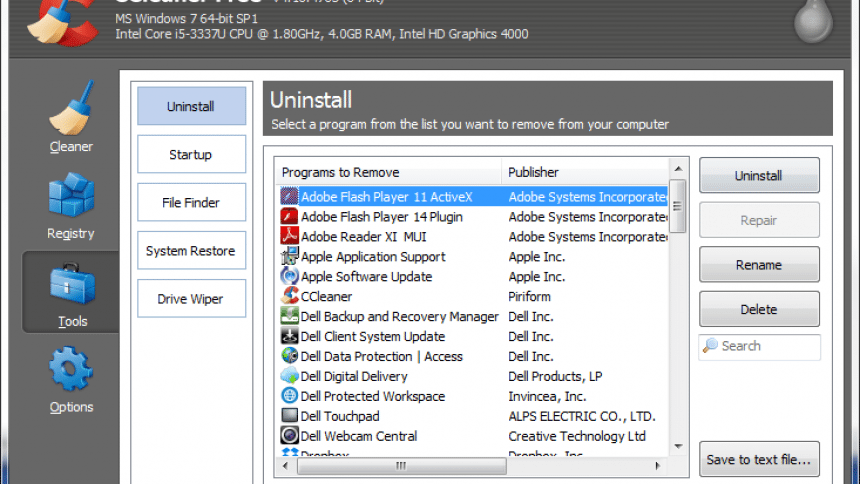 Uninstall for Windows. Everybody who's used
Microsoft Windows for more than a few days
has come up against a problem. With very few
exceptions, there's no good way to remove a
program written for the environment from your
system, if you decide you don't want it there
anymore. Here is the fix. hw

Contents of the UN4WIN.DOC file


Copyright (c) 1992 It's Your Money, Inc.
All Rights Reserved Worldwide


The following files are included in Uninstall for Windows

Uninstall for Windows is a shareware product. This means that you can find
UN4WIN in and download it from many sources, but that the author reserves
all rights.

Perhaps the best way to define shareware is to explain what it is not.

Shareware is not free software. Unlike Public Domain and Freeware, all rights
are reserved by the author, and he may charge any fee or impose any trial
period he sees fit upon its use. Public Domain software is software that has
been dedicated to and released for the public good, and may be used in any
manner by any party. Freeware is software for which no fee is charged, but in
which the author maintains the copyright and may thus dictate the terms under
which it may be used. Once again, UNINSTALL FOR WINDOWS IS SHAREWARE.

The accompanying text editor, TE.EXE, that is distributed with Uninstall for
Windows is an example of Public Domain Software. We did not write it, and
claim no rights to it.

Other trademarks as may appear in this documentation or the program are
properties of their respective holders, and their incidental inclusion is
not intended as, nor should it be construed as, a violation of any rights
associated therewith.

By installing Uninstall for Windows on your system, you indicate your
agreement to the following terms and conditions.

Your registered copy of Uninstall for Windows has been assigned a unique
serial number, which appears on the menu screen in place of that annoying
"Evaluation Copy" message found in unregistered copies. You may be asked for
this number if you request technical support, and it identifies you.

Your copy of Uninstall for Windows is licensed for use on one computer at a
time. This means that you may move it from system to system, but IT MAY NOT
RESIDE ON MORE THAN ON COMPUTER AT A TIME. If you use Uninstall for Windows in
a networked environment, IT MAY BE ACCESSED ONLY FROM THE NODE ON WHICH IT IS
INSTALLED.

You may make one copy of Uninstall for Windows for archival purposes, but you
may not distribute this registered copy in any way.

ANY VIOLATION OF THESE TERMS WILL VOID YOUR REGISTRATION, AND SUBJECT YOU TO
PROSECUTION AS A FELON.

The program is supplied "as is". The entire and exclusive liability and
remedy for breach of the limited warranty implied by this agreement shall be
limited to the replacement of defective diskette(s) or documentation supplied
by the company to users who register their copies of the program. Liability
shall not include or extend to any claim for or right to recover any other
damages, including but not limited to loss of profit, data, or use of the
program or other software, or special, incidental, or consequential damages or
other similar claims, even if the company has been specifically advised of the
possibility of such damages. In no event will the company's liability for any
damages to you or any other party ever exceed the actual price paid for the
license to use the program.

THE COMPANY SPECIFICALLY DISCLAIMS ALL OTHER WARRANTIES, EXPRESSED OR IMPLIED,
INCLUDING BUT NOT LIMITED TO ANY IMPLIED WARRANTY OF MERCHANTABILITY OR FITNESS
FOR A PARTICULAR PURPOSE.

This license statement shall be construed, interpreted, and governed by the
laws of the State of Delaware. If any provision of this statement is found void
or unenforceable, it will not affect the validity of the balance of the
statement, which shall remain valid and enforceable according to its terms. If
any remedy provided is determined to have failed of its essential purpose, all
limitation of liability and exclusions of damages set forth herein shall remain
in full force and effect.

Support for Uninstall for Windows is available directly from the company, or
via the Compuserve Information Service using Compuserve mail at address
72621,2222. We can also be reached in our forum on America OnLine -- use
keyword "IYM".

Everybody who's used Microsoft Windows for more than a few days has come up
against a problem. With very few exceptions, there's no good way to remove a
program written for the environment from your system, if you decide you don't
want it there anymore.

With DOS programs, the problem usually isn't severe. More often than not, all
you need to do to remove a DOS-based program is delete the directory in which
it has been installed, plus its contents. Sometimes there will be changes made
to the system files AUTOEXEC.BAT and CONFIG.SYS, but those files almost always
reside in the root directory of your first hard drive (C:\), and x86-based
computer users have become used to dealing with those files on a regular basis.

Under Windows, though, the situation gets ugly. You still need to keep track of
AUTOEXEC.BAT and CONFIG.SYS, but there's much more to worry about. Some
programs install in their own directories, while others get thrown in with
Windows itself. Sometimes you get a choice of where to locate the software,
other times not. Even when you think you've isolated your new program, it often
proves to be spread about your system in a way that makes its removal all but
impossible. Files end up in the SYSTEM subdirectory of WINDOWS, .INI files can
be in the subdirectory you specify or in the Windows directory, changes are
often made to WIN.INI -- the list of potential problems goes on and on.

Uninstall for Windows solves this problem, simply, quickly, and easily. All
you do is copy the files to any directory on the same drive where you've
installed Microsoft Windows, and run it before you install a new application or
utility program. Invoke the "system survey" option, and the state of your
system is captured for comparison against its condition after the new software
has been installed.

First of all, we need to make a point.

Uninstall for Windows is designed to help you overcome a problem that occurs
as a result of using the Microsoft Windows graphical environment. Yet, we have
delivered UN4WIN as a native DOS application, instead of a Windows program.
Why? There are two reasons: since the information that UN4WIN deals with
originates at DOS level, we thought it more honest to treat it accordingly.
Also, by making UN4WIN a DOS program, we are able to deliver it in a much
smaller packages than if we burdened it with the overhead inherent to Windows
software. Since Uninstall for Windows is so easy to use, there isn't even an
issue over interface - there's just one menu with five choices - do you REALLY
need 3-D buttons for that? Of course not!

At the same time, we recognize that many users NEVER "drop to DOS". So, we
have provided icon and program information files that let you set up
Uninstall for Windows to run directly from Windows at the click of a mouse.

This is easy. Just copy the files to any directory ON THE SAME HARD DRIVE ON
WHICH YOU HAVE Windows INSTALLED. You will need UN4WIN.EXE and TE.EXE, and
we also recommend keeping this file, UN4WIN.DOC. However, if you plan to run
Uninstall for Windows from DOS, or using a command line from within Windows
(instead of clicking on an icon), you won't need UN4WIN.ICO. Similarly, we
provide UN4WIN.PIF strictly as a convenience -- it will use only 128 kilobytes
of memory, but there really isn't anything else special about it, so you can
run UN4WIN without it. Of course, you also won't need it if you run the program
from DOS or a DOS session under Windows.

If you decide to set up Uninstall for Windows to run under Windows using the
included .ICO and .PIF files, here's what you do (instructions are for Program
Manager):

1) Display the program group where you want the UN4WIN icon to be, and use
the "NEW" command on the File menu. Make sure that "Program Item" is
marked, and click "OK".
2) Put whatever name you like -- we recommend "Uninstall for Windows" -- in
the description box.
3) In the command line box, point your system to the directory where you are
keeping the UN4WIN files, and either the UN4WIN.EXE program, or UN4WIN.PIF
if you are using it. For example, if you are keeping the files in your
Windows directory, and Windows is installed on your "C:" drive, and you
have decided to use the .PIF, then you would type (omitting the quotes)
"C:\WINDOWS\UN4WIN.PIF".
4) Click the "OK" button.


Is it better to put the Uninstall for Windows files in their own directory, or
in with Windows? You'll have to decide this issue for yourself; putting the
files in your Windows directory makes sense, and will cause no problems, but if
clutter bothers you, you'll probably prefer to create a separate directory for
UN4WIN. This seems like a bit of a waste, since there are so few files in the
package and they are easily identifiable by the "UN4WIN" prefix, but it's our
job to give you the facts, not tell you what to do.


You should be aware of one more thing: during its first step, surveying your
system, UN4WIN creates quite a few files that are left on your disk until
you run the comparison that enables you to restore your system to the state
it was in before you installed your new Windows software. Many people will
consider this a pretty good argument for giving Uninstall for Windows its own
directory.

Start Uninstall for Windows either by changing to the DOS drive and directory
where you have placed the files, typing "UN4WIN", and tapping the