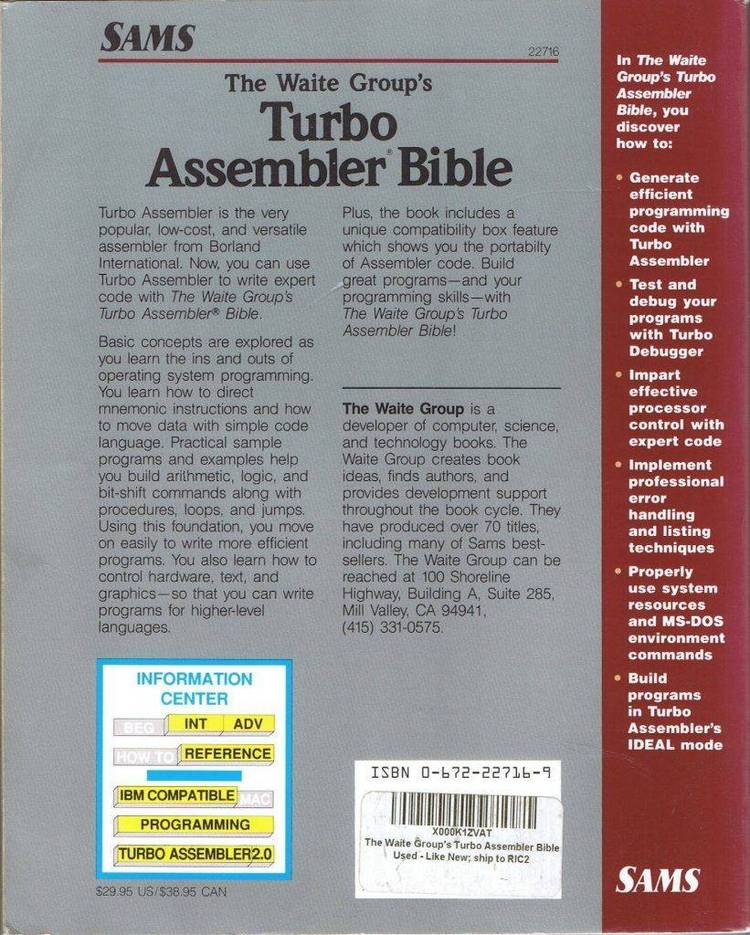 Contents of the PIKFILE.DOC file

Documentation for
PIKFILE.TPU
A Turbo Pascal Version 4.0 Unit
to Display a Directory and Allow
the User to Select a File for Processing

PikFile.TPU is intended to be used in programs which need to have the user
specify a file to be used for input. The procedure "PickFile" is called, with
two parameters passed to it: Template and Attribute.

(1) Template: this is the directory mask to be used to find the files from
which to choose, e.g. 'c:\tp\*.pas'. Its use is that same as for the "Dir"
DOS command.

(2) Attribute: this is a byte to specify which types of files, in addition
to the normal files, to include in the listing. Their use is explained in
the section on the "FindFirst" procedure in the Turbo Pascal V4.0 Owners
Handbook, page 408. You should "use" the DOS unit in your program and then
use the constants listed on page 408, which are declared in the DOS unit.
You may add or subtract the constants by name to get just the files you
want. For example, "Anyfile-Directory-VolumeID" would get all files except
those which are subdirectories, and the volume ID of the drive would not be
listed.


When it is called, PickFile saves the current screen and displays a sorted list
of all of the files which match Template's directory mask. If the directory
contains more than 60 files, the user may elect to see another screen full of
filenames, and so on until the correct file is found. The user may restart the
display at the beginning using the