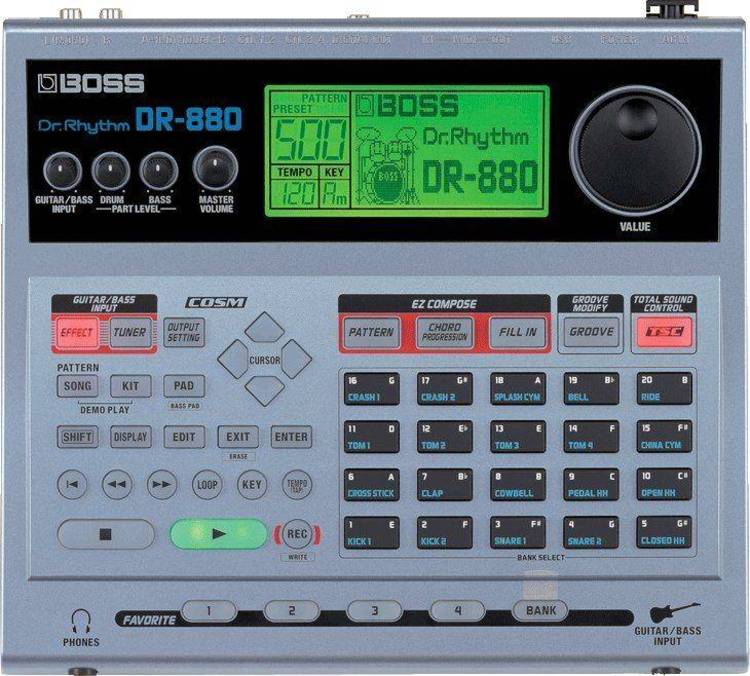 Contents of the PCBEAT.DOC file

Even the most hopelessly nerdy PC user can now experiment with drum grooves.
PCBeat allows the creation and storage of up to 48 drum patterns, using nine
standard percussion sounds. Version 1.2 allows the user to build songs using
up to to 8 of these patterns.

Here are a few things you should be aware of when using PCBeat:

The timing of the percussion sounds has been made as consistent
as possible for 6-12MHz operation; however, the white noise sounds
with attack transients (such as Snare and High Hat) tend to get a
little bit sluggish at slower speeds.

There are 8 "modules" available for each song. The RETURN key
selects the module field, and the arrow keys step through the
possible values for each field. The maximum number of cycles for
each module is 99. New modules may be inserted between existing
modules.

A pattern may not be deleted from the pattern list if it is used by
a song module.

The tempo of a song is independent of the tempi set for its
components.

A song utilizes only the section of a pattern contained within the
pattern's repeat bracket.

During playback, the Home, End, PgUp, and PgDn keys (in addition
to the arrow keys) are available for tempo adjustment.