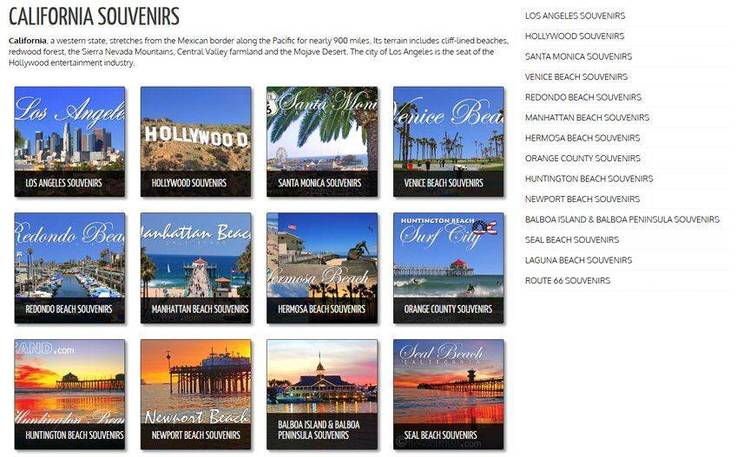 Contents of the ROPO.DOC file

Welcome, Tenderfoots, to RODEO POKER a red-blooded all-American version of
that popular Rooski game with the little falling blocks. Instead of those
little colored blocks we use good ol' American playin' cards, and we play
accordin' to the rules of good ol' American Five Card Draw Poker.

In ROPO there are up to four chutes to watch instead of one. As a card is
sent into the chute, you "ride" it into groups of five to make a poker hand.
The idea is to make good poker hands (jacks or better) to win points and
clear the chute. You can even "jump" from one chute to another to make a
better hand.

If you're real good, and a bit lucky, you can play until the cows come home
and rack up a really hugamungus score. As a card comes down, you can
wrangle it left (LEFT arrow) or right (RIGHT arrow) or even jump to the next
chute (UP arrow) to get it into a winnin' hand. The better the hand the
bigger the score. When a chute fills up with cards, it's all over. See if
you made the top seven, then try again.


REQUIREMENTS and START UP

Herringbone Software products are designed to be enjoyed in the most
basic environments. Using ASCII graphic symbols, it is not necessary
to have a graphics video card or monitor. Color is used, but the
software will work with a mono display. The programs may be run from a
floppy disk, but will run smoother if loaded to a hard disk.

ROPO uses a set of "data" files, so if a hard disk is used, it is
important to keep them all in one directory:

Change to the drive or directory where these files reside and enter
ROPO (press ENTER/RETURN) to start the program.


From what you have read above, you can probably start the game now and
quickly get the hang of it. But just for the record, or for your reference
if you have a question, here are the rules:

1. When you run this program you should see a screen with four cards
to help determine if you should run it in color or mono. Press "M" for
mono or any other key for color.

2. The title screen is then displayed. Press any key to go to the Chuck
Wagon Menu screen where the you make the following selections:

You can play up to four chutes at the same time. If more than
one is used, the cards are "dealt" in rotation. We recommend
starting with one and working your way up to four as your
skills improve.


The faster the dealer, the higher the points for winnin' hands.

Enter Y if you don't want to hear cute little sounds now
and then 'cause your boss might hear. N is the default if
you just hit ENTER/RETURN.

2. After making the selections, the main playing screen comes up. At the
left is the point value for each type of hand, based on the standard
rankings and probabilities of draw poker. Here are the rates for all
three dealers. (If you are not familiar with the types of hands, see
the listing at the end of this file.)

NOTE: ACES may be used to fill a straight both high and low.


3. The cards will fall one at a time. If more than one chute is used, the
deal will rotate to the right. A new card will not appear until the
previous has stopped.


4. As a card falls, you may control it by using the arrow keys:

LEFT ARROW - Moves card one space to the LEFT if no other
card or the chute wall is not there.

RIGHT ARROW - Moves card one space to the RIGHT if no other
card or the chute wall is not there.

DOWN ARROW - DROPs the card in a straight line down to
the bottom of the chute, or to the highest
card in the same column. A time saver.

UP ARROW - JUMPs the card to the same place in the next
chute to the right if there is an open space.
This may be repeated as long as there is space
to jump to. Last chute jumps to the first.

If you are using arrow keys on a numeric keypad, be sure the
NUM LOCK is off or nuthin'll happen.

5. At any time during a game you can turn the sound effects on or off by
pressing "S". Also, against our better judgement, we put in a pause key.
Just press "P" to pause the action and press any key to resume. (Only
greenhorns pause the game.) You can quit at any time by pressing the
escape (ESC) key, 'though we don't approve of it. Your score is counted
even if you quit. Press "H" to see a HELP listing of key commands
appear where the poker hand rates are shown. Press "H" again to see
the rates.

6. If a card fills a row of five, the "hand" is analyzed to see if it is a
winner. If it ranks as a pair of jacks or better, the type of hand is
displayed at the left, the points for that hand are added to your score,
and the five cards are removed from the chute, allowing any cards on top
to move down.

7. Non-winning hands are not removed, and will eventually fill the chutes.
As soon as a card must stop in the top row of any of the chutes, the game
is over.

8. When you quit or a game ends, if you have one of the seven top scores,
you may enter your name in the Ledger of Legendary Players. The Ledger
is then shown with the top seven winners. Press P to play again, or Q
or E or ESC to end the program.

NOTE: The Legendary Ledger is filled with some old time ROPO champs.
If you do not want to compete with them and want to use the ledger
to keep track of your scores, as bad as they may be, simply delete
or rename the ROPO.DAT file.

A WORD FROM THE SHERIFF

RODEO POKER is shareware. It may be freely copied and distributed as long
as all files in the set listed above are included. As shareware it is
intended to be used only for evaluation. If you like it, and would like to
continue playing it without worryin' about a posse comin' out after you,
just register yourself as a user by sending a piddlin' $8 to:

We here at HERRINGBONE RANCH don't have much use for card decks with
JOKERS. JOKERS are used for wild cards, an' poker with wild cards is
fer SISSIES! But if you are kind enough to register, we will send you
a password for upgrading your evaluation version to a registered version,
and the registered version will give you an extra item on the Chuck
Wagon Menu: "Card Killin' Jokers."

A Card Killin' Joker is NOT a wild card. If you turn on this option, and
a joker is dealt, you can bring it down on any card to blow it away. Both
the joker and the card it hits are cleared out so you can make a better
hand out of what's left. It'll give you a second chance on some of those
stinker hands you get dealt.

Also, as an extra bonus, we will tell you a secret command for turning
on and off AUTOPAUSE. This is for those who like to gloat over their
winnin' hands for a while, savoring the sweetness of `em before going
on with the action. With AUTOPAUSE on the game is automatically paused
on every winning hand. Pressing any key continues the fun.

So you ain't played in a while, and need a little remindering of just what's
what? Okay, here's the rundown in order of value:


FIVE OF A KIND In a regular game, a hand like this will only be
held by a low down cheatin' varmint. But ROPO is like
playin' with a whole shoe full of decks, so you can
get five of the same value. Five ACES would be a
nice Five of a Kind.

ROYAL FLUSH A Royal Flush is the same as a Straight Flush, except
its highest card is an ACE. A hand with 10, JACK,
QUEEN, KING, ACE all of the same suit (Hearts,
Diamonds, Spades, Clubs) is a Royal Flush.

STRAIGHT FLUSH First of all, all the cards must all be the same suit
so that it's a FLUSH. Then, the values must run
together in order such as 2,3,4,5,6. An ACE can be
used as a lowly 1 or to top a KING.

FULL HOUSE A Full House is when the in-laws come to stay a spell.
It is also a hand with three of one value and two of
another value. JACK,JACK,10,10,10 is a Full House.

FLUSH Flush is what you can do if you have indoor plumbin'.
It is also a hand where all the card are the same
suit (all Hearts, all Diamonds, all Spades, all Clubs).
The values can be any durn thing.

STRAIGHT Straight is how we take our rot-gut, and it is a hand
where the card values run together in order regardless
of suit. A hand with 7,8,9,10,JACK is a straight.

THREE OF A KIND You have to have three cards of the same value,
regardless of suit. A hand with A,A,A,3,9 is a Three

of a Kind. We also call that hand "three bullets."

TWO PAIR Two sets of two cards of the same value are Two Pair,
such as KING,KING,QUEEN,QUEEN,ACE.

JACKS OR BETTER PAIR Any old pair just won't cut it in this game. If
you have a hand with two cards of the same value, they
must be either two JACKS, two QUEENs, two KINGs, or
two ACEs to count.