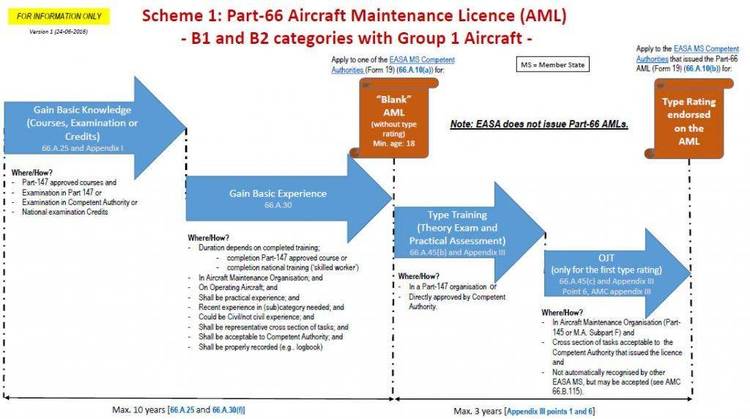 Contents of the FS5PR.TXT file

Experience the Latest in Aerospace Simulation on the Personal Computer

CHICAGO - June 3, 1993 - Microsoft Corporation today announced the
future availability of four new simulation products from the entertainment
product unit: the much-anticipated Microsoft* Flight Simulator* version 5.0
for the IBM* PC and compatible computers; two scenery enhancement products,
Microsoft New York and Microsoft Paris, for use with Microsoft Flight
Simulator 5.0; and Microsoft Space Simulator, the ultimate in spaceflight
and exploration. With the new version of Flight Simulator, the best-
selling flight simulation software of all time, users can experience a
new standard of graphically realistic flight adventure from their desktops
Microsoft New York and Microsoft Paris offer users the chance to experience
graphically vivid and geographically correct simulations of these famous
cities from above. Microsoft Space Simulator provides users an entertaining
and educational means for exploring the universe with their personal computers.

Enhanced Flight Experience
"Our product announcements today illustrate Microsoft's long-term
commitment to the entertainment category," said Susan Boeschen, vice
president of the consumer division at Microsoft. "Microsoft Flight Simulator
is a proven success, and version 5.0 enhances this timeless classic and
carries on the heritage of unmatched realism in PC flight simulation,
offering users countless hours of fun and providing expert pilots challenging
situations as well as great scenery and engaging entertainment value for all
skill levels."
Microsoft Flight Simulator 5.0 offers an all-around high-quality flight
experience, from the richness of the realistic graphic scenery to the
authentic look and sound of the cockpit and dials on the control panel. The
flight environment and wide range of choices for flying activities have been
expanded to include worldwide travel capabilities, with appropriate scenery
and time-of-day changes as users wing their way over continents and oceans.
Other new features include the following:

* New latitude and longitude system that helps users locate destinations
and current location in flight
* "Land Me" feature, which helps inexperienced pilots complete flights
successfully (without crashing) while observing the basics of landing
an aircraft
* Realistic sound effects for instrument use, approaching objects and
crashes
* Scenery that expands in detail as the aircraft approaches specific
areas of interest
* New weather system feature that gives users control over the weather
they will encounter in flight

Users may choose to encounter other air traffic while in flight and be
visited by the airport fuel truck upon landing after a long flight. Night
approaches are also realistic with runway lighting, building lights and stars
illuminating the night sky.

Flight Simulation Users Excited About New Version
Users of Microsoft Flight Simulator are anticipating version 5.0 as a
completely new generation of flight experiences. "Microwings members saw a
technology demonstration of Microsoft Flight Simulator 5.0 several months ago
but did not know it was the actual product. The audience was transfixed by
the vastly superior graphics and capabilities of the product on the screen,"
said Robert MacKay, president of Microwings, Inc., an international
association for aerospace simulation enthusiasts. "Microsoft Flight
Simulator has always been respected as a great game, but version 5.0 goes
beyond existing gaming standards and we believe it looks as good or better
than the graphics you see in a $250,000 flight simulation machine. Flight
Simulator 5.0 will make pilots take a second look at PC flight simulation;
`stunning' is the only word to describe this product."

New Scenery Packs Available
Microsoft also announced today two new companion scenery packs for use
with Microsoft Flight Simulator 5.0. Available later this summer, Microsoft
Paris and Microsoft New York offer vivid graphic realism to further enhance
the flight experience. Pilots will be able to fly by the Eiffel tower while
visiting Paris and take an aerial tour of the Statue of Liberty in New York
Harbor on the opposite side of the Atlantic. Used in conjunction with
Microsoft Flight Simulator 5.0, the scenery packs offer aviation enthusiasts
truly realistic geographic adventure using the personal computer.

Space Simulator Previewed Today
Rounding out today's announcements was a sneak preview of Microsoft's
newest simulation product, Microsoft Space Simulator. Users will be able to
satisfy their desire to fly to other worlds and explore our galaxy with this
true-to-life tool for space exploration.
In order to achieve authentic space simulation, Microsoft consulted a
variety of sources in the development of Microsoft Space Simulator. Making
use of published geological and astronomical documents and data gathered from
the Voyager, Magellan, Viking and Mariner space flights, Microsoft also
sought input from NASA. The end result is an entertaining and educational
product with outstanding photo-realistic graphics, different ways to navigate
and experience space and a vast array of planets and other heavenly objects
to explore.
"This product has the ability to reawaken an interest in space
exploration. While a large percentage of the Earth's population was not yet
alive during the first Apollo missions to the moon 25 years ago, the urge to
explore, to investigate and to understand is still strong within us all.
Until Microsoft Space Simulator came along, there wasn't a way for the
majority of civilians to focus their quest," said Don Williams, former NASA
astronaut and crew member on two Space Shuttle missions. "Space Simulator is
an extraordinary software product. It offers everyone a chance to see the
Earth as it appears from space, to understand how spaceflight is achieved and
to experience the adventure of exploration - all this, and with amazingly
accurate details."

Strong Commitment to the Simulation Experience
The announcement today of four products for simulation entertainment
boldly underscores Microsoft's commitment to this category of the computer
software industry. The entertainment product unit at Microsoft is encouraged
by the strong showing of Microsoft Flight Simulator in its successful 10
years on the market. Launching into the next 10 years with the new Microsoft
New York and Microsoft Paris scenery packs and Microsoft Space Simulator, the
company plans to keep challenging users and providing countless hours of
exploration and flight simulation for many years to come.

Microsoft Space Simulator is scheduled to be available this winter for a
suggested retail price of $64.95. System requirements include a personal
computer using an 80386/20 or higher microprocessor, MS-DOS* operating system
version 4.0 or higher, 550K free conventional memory and 256K configured as
available expanded memory, one high-density disk drive, hard drive with 9MB
free disk space, and VGA or Super VGA monitor. System recommendations
include the Microsoft Mouse or compatible pointing device, sound board,
and Joystick or flight yoke with 100 percent IBM-compatible game control
adapter.
Founded in 1975, Microsoft (NASDAQ "MSFT") is the worldwide leader in
sftware for personal computers. The company offers a wide range of products
and services for business and personal use, each designed with the mission of
making it easier and more enjoyable for people to take advantage of the full
power of personal computing every day.
#########
Microsoft and MS-DOS are registered trademarks of Microsoft Corporation.
MS-DOS is a trademark and product name. Please do not abbreviate to DOS.
Flight Simulator is a registered trademark of Bruce Artwick Organization.
IBM is a registered trademark of International Business Machines, Inc.