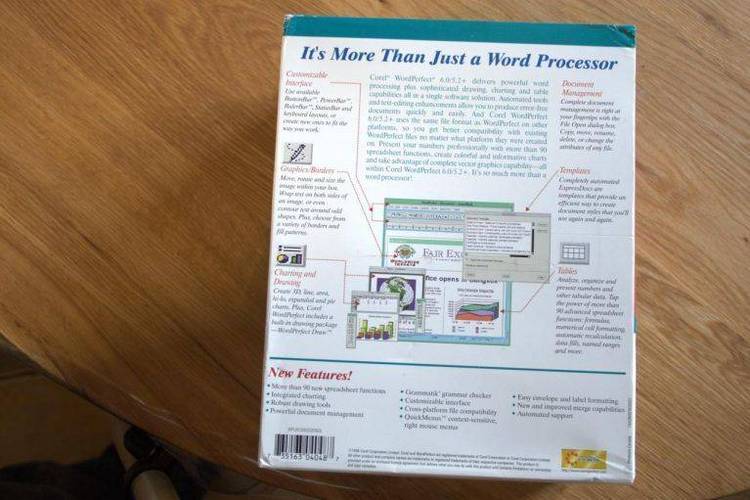 Contents of the TEXTOUT5.DOC file

Payment of $20 or more per copy entitles you to a printed manual
(sized to fit the WP binder), the current release of TextOut/5 without
the on-screen payment reminder, and a free CompuServe IntroPak,
including a $15 credit toward on-line time.

Prices are in U.S. dollars and include shipping within North America.

TextOut/5 converts WordPerfect 5.0 and 5.1 document files on IBM-
compatible computers to ASCII. It is a shareware program complying
with the standards of the Association of Shareware Professionals,
allowing you to try all features of the program before you buy it.
TextOut/5 offers features of WordPerfect's "DOS Text", "generic", and
"DOS Text Printer" formats. Its advantages over WordPerfect's
translations include the folllowing:

TextOut/5's default output is much like that of the WordPerfect "DOS
Text Save" command. It emulates indents, tabs and centering by the
use of spaces, and ends each line with a hard carriage return. It
omits most page-formatting characteristics, such as margins, page
breaks, headers, footers, page numbering, line-spacing, and top-to-
bottom-centering. The format is suitable for electronic mail and many
other purposes.


Captions and text from graphics boxes are translated. Equations are
written in the command form used in the equation editor. Tables have
correct horizontal spacing, but, unfortunately, any cell containing
more than one line of text will cause the next cell to the right to
start one or more lines below where it should.

Footnotes and endnotes are normally placed at the end of the ASCII
file, although there is an option to keep them inline where they
occur. Within the notes, a period and a single space are added after
the note number for readability. If a document contains both
footnotes and endnotes, the footnotes appear first, followed by the
endnotes. The footnote reference numbers in the text are enclosed in
square brackets, e.g. [1], while endnote reference numbers are
enclosed in backslashes, e.g. \3\, although both of these can be
changed.

For "Fast-Saved" documents, TextOut/5 will warn you that the
formatting may not be up-to-date. Unless you have recently made a
change in margins, tabs or fonts without having gone to the end of the
document, the ASCII format will probably be fine. You can avoid
potential problems by changing your WP Setup to disable Fast Saves.

To run TextOut/5, type TO5 followed by two filenames. The first one
is the name of the input (WordPerfect) file, the second is the output
(ASCII) file. For example:
TO5 TEST.DOC TEST.ASC

The file names can include wildcards, employed in the same way as with
the DOS COPY command. For example,
TO5 A:P*.*
converts all files starting with P in the current directory on drive
A: to ASCII files of the same name on the current drive and directory,
while
TO5 \DOCS \TEXT\*.TXT
would convert all files from the \DOCS directory to the \TEXT
directory while changing their extensions to TXT.

TextOut/5 has many options which can be invoked on the command line.
The options start with a slash or a hyphen, followed by a one- or two-
letter option code, and, for some of the options, an ASCII string.
The identifying code letters can be upper or lower case and the
options can appear anywhere on the command line -- before, after, or
in between the filenames. There must be a space before each slash,


but none between the slash, the option letters and the string. A
typical command might look like:
TO5 /KT /RS /BB[B] /EB[b] DOC DOC.ASC

Alternatively, you can put the option codes in an ASCII file and use
the /F option on the command line to tell TextOut/5 to read options
from the file. This is useful if you have a standard set of options
that you use frequently. It also gets around DOS's restrictions on
which characters can appear in a string on the command line and on the
total length of the command line. If, for example, you want to mark
the start of boldface text with