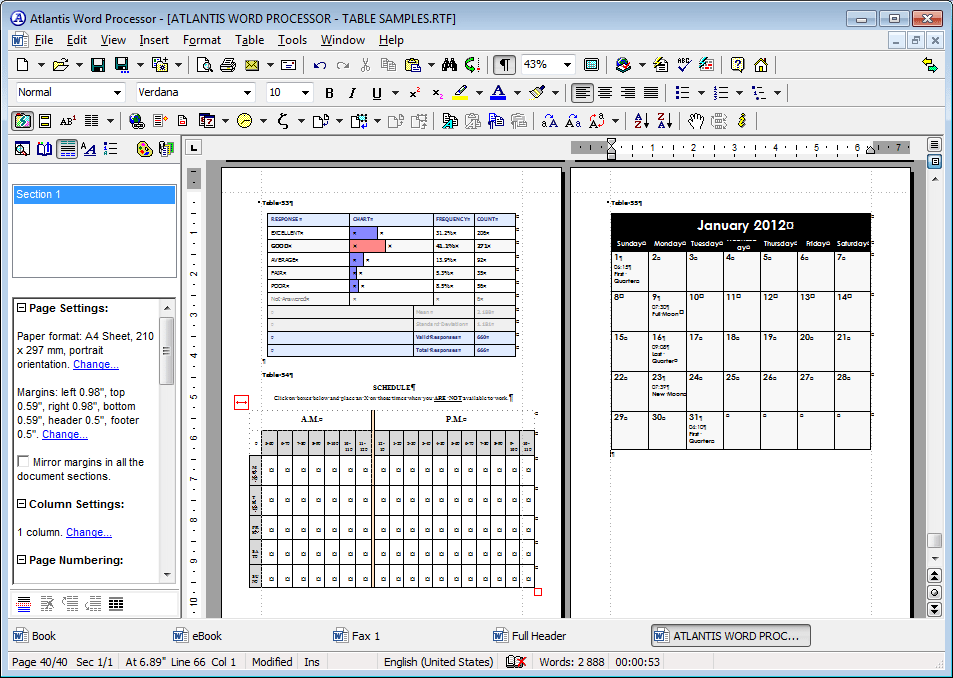 Contents of the KLEEUTIL.DOC file

The following programs were written in 8088 Assembly
language, and will run on any IBM compatible computer using DOS
2.0 or higher. Any bugs found should be reported to:

It is suggested that all of these utilities, except for the
KOR.EXE file, be placed in your root directory, along with the
following line in your AUTOEXEC.BAT file if it is not already
there:

The KOR.EXE file should be placed into your WORDSTAR directory.

A much more detailed documentation for PAIR.EXE can be found
on this disk under the file name, PAIR.DOC. In brief, however,
PAIR checks a text file for characters that ordinarily should be
paired in a text file such as quotes, brackets, parentheses,
etc., and also WORDSTAR print control characters such as control-
S, Control-B, etc. The program is invoked simply by typing PAIR.
It will then prompt for the name of the file to be checked.

WSFILTER removes the high order bit from text files prepared
under WORDSTAR to facilitate sending such files to other
computers and also to make such files acceptable to certain
application programs that ordinarily cannot use files with high
order bits set. As an option it will also remove all WORDSTAR
control characters and any comment or print command line (i.e.,
lines that begin with a period). The program is invoked simply
by typing WSFILTER. It will then prompt for the name of the file
to be stripped and for the name of the destination (stripped)
file. Typing WSFILTER HELP will produce a short message
describing the purposes of and how to use the program.

WSFIX will restore text files transferred from a Lexitron
(or any other computer utilizing a word processing program that
does not set the high order bits of a file) to an IBM PC into
WORDSTAR format, i.e., with soft carriage returns at the ends of
lines (except for those carriage returns at the end of a
paragraph). This enables the restored file to be reformated into
any line length desired. The program is invoked simply by typing
WSFIX. It will then prompt for the name of the file to be
restored and for the name of the destination (restored) file.
Typing WSFIX HELP will produce a short message describing the
purposes of and how to use the program.

WSFIX reformatted files will be single-spaced no matter what
the original spacing was on the Lexitron (or other computer using
a word processing program that does not set the high order bits).
However, the WORDSTAR line spacing print command can be used to
obtain any spacing desired in the restored file. Since many
typists do not insert an additional line between paragraphs when
using multiple spacing, WSFIX offers the option of adding an
extra line between paragraphs when restoring such files.

SHOW is a substitute for the DOS TYPE command. Not only
does it page the text automatically, but it strips the high order
bits from the file it is displaying so that WORDSTAR files can be
read on the screen without the annoying graphics characters seen
when TYPE is used. The program is invoked simply by typing
SHOW FILE.EXT, where FILE.EXT is the name of the file to be
displayed on the screen. In addition to paging forward, SHOW
will also page backwards and can be returned to the beginning of
the file at any time.

KSORT will sort lines in a file (4000 line maximum) when
each line ends in a carriage return/line feed pair. Blank lines
are ignored in the sort. The program is invoked simply by typing
KSORT. It will then prompt for the name of the file to be sorted
and for the name of the destination (sorted) file. This program
differs from the IBM SORT program in that it writes an end-of-
file character to the output file, something the IBM program does
not do under file redirection. In addition, KSORT can sort in
ascending or descending order and can be instructed to ignore the
distinction between upper- and lowercase when sorting.

These two programs work in tandem. The purpose of SEND/MAIL
is to provide a message capability on your PC when you leave
leave your office with the machine turned on. A visitor can
leave a message for you simply by typing SEND. He then can enter
a message up to 20 lines long. When the visitor exits the
program, a flashing message appears on your screen that informs
you that you have new "mail". Note: Any number of visitors can
leave a message. (The messages are cumulative.)

When you wish to read your mail simply type MAIL. Your
messages will come up one by one on the screen. After reading a
message you can delete or keep the message as you desire.

This program sets the Epson and Okidata printers to their
various modes. The main selection menu, which is mostly self-
explanatory, is as follows:

Selection #4 changes the form length of the printer to 1 line.
This is useful when printing out the calendar in Sidekick.
Sidekick unfortunately sends a form feed after every day in the
calendar, wasting paper in the process. Setting the printer to a
1 line form feed produces a very neat and economical printout of
the calendar. To reset the printer to power-on configuration in
this program, merely exit the program via selection #7 without
making any other changes.

The Character Size/Forms Menu is also self-explanatory and
looks like this:


The Character Weight Menu is also self-explanatory and looks
like this:


The Character Type Menu is only for Epson printers and looks
like this:

This program turns on and off the correspondence mode for
Epson and Okidata printers (for Epson printers the correspondence
mode is defined as doublestrike plus emphasized). It is very
handy because it can be called up from the WORDSTAR Main Menu via
the Run command. The program is used as follows. Either

KOR ON
or
KOR OFF

will turn the correspondence mode on or off, respectively.

These two programs work in tandem. It is a modest catalog
system specifically designed for a hard disk system (although it
will work perfectly well with a floppy disk system as well) that
provides a simple and easy way to keep track of what is on each
of your text files in your WORDSTAR directory*. The program
UPDATE adds files to, deletes files from and sorts the files in a
file called MASTER.CAT which resides in your WORDSTAR directory*.
MASTER.CAT is automatically created by the UPDATE program. Just
type UPDATE and follow the instructions that will appear on the
screen. A catalog entry consists of one line (and one line only)
which includes the file name (followed by a forward slash, i.e.
/) and a comment. To view the contents of the MASTER.CAT, just
type CAT. (The CAT program is a modified SHOW program that
permits you to page up and down in the MASTER.CAT file.) When a
file is deleted from your WORDSTAR directory, the next time
UPDATE is used the files will automatically be deleted from the
MASTER.CAT file. The files in the MASTER.CAT are sorted on file
extension first, then on file name, e.g., TEST.ASM comes before
ABLE.DOC.

NOTE: The MASTER.CAT can be edited via WORDSTAR for the
purpose of altering comments, file names and/or extensions, and
to delete entries. With regard to the last, however, UPDATE
automatically deletes entries no longer on the subdirectory so
editing for the purpose of entry deletion is not really
necessary. When viewed under WORDSTAR, the MASTER.CAT file will
show the symbol ^@ after each file name. This should be
preserved. If you accidentally erase it, it can be restored by
hitting the Alt key and then 128 on the keypad (i.e.,