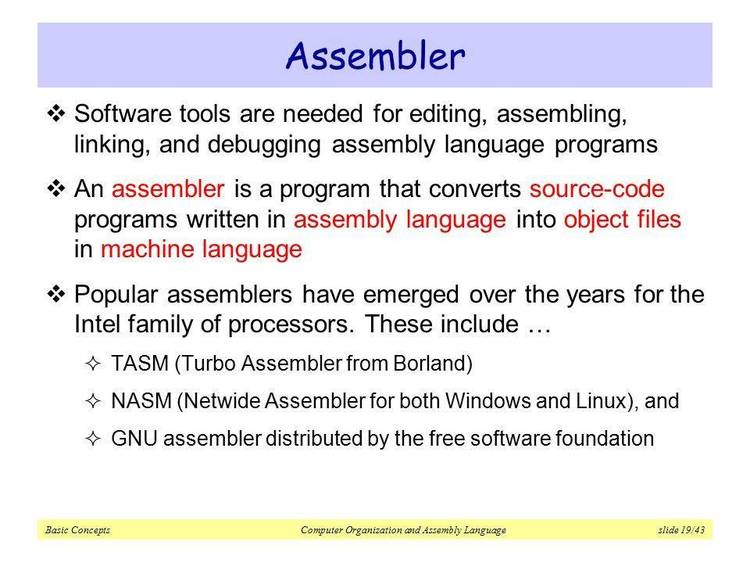 Contents of the E.DOC file

Thanks for downloading E!

E is a small, fast, general purpose editor. It is copyrighted but you are
hereby granted a limited license to use it free of charge. While I am not
aware of any bugs, I make no guarantees about its trustworthiness, so use it at
your own risk. Feel free to share it with others. I only ask that you
distribute these files together and unchanged and charge nothing for them (a
distribution fee of up to $15 is allowed).

Some of e's features:

- block and line move and delete functions, to/from buffer or another file

- set and jump to labels or line number

- DESQview-compatible (run in a window with direct write disabled)


Lines are limited to 80 chars in length. Longer lines in input files are
truncated. Those entered at the terminal are wrapped at 80 characters. Tab
characters encountered as a file is being read in are converted to spaces using
the current tab setting.

Here is a summary of commands. In the descriptions of these commands, '*'
indicates that the function performs differently if the shift key is down.
When in E, press F1 for help. Whenever you are asked to enter a response to a
prompt (as for a string to find or file name), just pressing Enter will usually
cancel the command.

delete char left backspace
delete char at cursor Del
Pressing delete when the cursor is to the right of all text on a line joins
that line with the line below.
delete word left Ctrl [
delete word right Ctrl ]
delete to end of line Ctrl \
delete line Ctrl -, Ctrl Y
undelete line Ctrl ^
'Delete to end of line' and 'delete line' save the deleted text in a
buffer. Use Ctrl ^ to retrieve one line at a time. The same buffer is
used for block deletes, providing an easy way to move a few lines: delete
the lines individually using Ctrl -, move the cursor to the new location,
then insert all the lines at once using Alt I (see below). If the cursor
is at the left margin when a line is undeleted using Ctrl ^, the line is
inserted above the current line. If it is to the right of the left margin
it overwrites what is currently on the line from that column on. This is
useful for moving comments from the end of one line to another.
toggle insert mode Ins
Toggle between Insert (the default, signified by a line cursor) and
Overwrite (identified by a block cursor) modes of text entry.
insert raw character Alt = *
Insert the character which follows, which might otherwise be interpreted as
a command (for example a form feed character). If shifted, 80h is added to
the character. For example, to enter line drawing characters, press Shift
Alt =, then a character in the set {@, A-J}. Warning: don't start a line
with a character whose ASCII value is > 80h (E uses that bit as a flag when
moving buffered lines during a file swap).


Insert and Delete Block and File:

mark start of block Alt B
copy block to buffer Alt C *
delete block to buffer Alt D *
insert block from buffer Alt I *
empty block buffer Alt E *
unmark Alt U
Alt C copies all marked lines (between the line where you pressed Alt B for
'mark start of block' and the present cursor location) to a buffer, or if
the shift key is also down, to a file. Alt D deletes the original lines
after first copying them to the buffer or file. Alt I inserts the contents
of the file or buffer above the present line. Press Alt I several times to
insert multiple copies. To move text, use Alt D then Alt I. To move text
between two files, delete or copy to the block buffer, press Alt O to
change files, then Alt I to insert. You can get lines into the buffer
using either Alt C or Alt D or the line delete commands Ctrl - or Ctrl \
and out using either Alt I or Ctrl ^.

All block commands marked with a '*' will read from or write to a file
instead of an internal buffer if the shift key is down (you will be
prompted for a file name). Here's a useful trick: to print part of a
file, first mark the start of the block with Alt B, then use Shift Alt C
and give 'prn' as the file name.

The block commands work on whole lines only. To move part of a line, use
the Enter key to break it into pieces first.

set left margin Ctrl Home
set right margin Ctrl End
These toggle the margin settings between the current cursor location and the
screen edge.
set tab width Alt T
E will expand all tabs found in files it edits. If a file read in doesn't
look right, change the tab width, then read the file in again by pressing
Alt O and reentering the file name.
wrap paragraph Alt W
Readjust line lengths by moving words at the end up or down a line as
necessary to best fill out the lines within the boundaries set by the left
and right margins. Wrapping will start at the beginning of the line the
cursor is on and stop at the first line on which text does not begin at the
left margin. E automatically wraps text as you enter it, moving the first
word that overflows the right margin down to the beginning of a new line.
toggle autoindent mode Ctrl @
Autoindent mode causes each new line after a carriage return to be indented
as much as the line above it. The default is on, the way you generally will
want it for programming. Turn it off for most word processing except
writing outlines.
Toggle text/programming mode defaults Alt Z
Use this to change quickly between programming and text mode configurations.
E starts in programming mode with margins at 0, 79 and autoindent on. ALT
Z toggles between this and margins at 8, 72 with autoindent mode off for
processing text. You may alter E to start up in text mode each time or
change the default margins using the accompanying configuration program.

find Alt F *
replace Alt R *
find/replace all Alt A *
After pressing Alt F and entering a string to find, E will put the cursor
at the start of the first string in the text which matches the search
string, ignoring case of letters. If you then press Alt R, you will be
prompted for another string to replace the one just found. Replace must
always be used immediately after Find. If the shift key is also pressed,
the last string entered is used. Use Find/Replace All only if you're sure
you want to change all occurrances of a string. Otherwise use shifted Find
to locate each subsequent occurrence of a string, then shifted Replace only
for those instances you want to replace.

load other file Alt O *
Alt O will save the current file if changed and prompt for the name of a
new file to edit. Shift Alt O will return you to the last file edited at
the point you left off. Repeatedly pressing Shift Alt O toggles back and
forth between two files.
save and continue Alt S
save and exit Alt X, Esc
Any time an attempt is made to save a file and the disk is full, E will let
you know. If you can't just change disks and try again (perhaps your hard
disk is full), press Alt K, then F2 to shell to DOS, then delete some other
files to make room. Then type 'exit' to return to E, type Alt K again to
mark the file to be saved and try the original command again.
toggle kill save on exit Alt K
Use Alt K before Alt X or Alt O to discard any changes made before exiting.
Pressing Alt K again reinstructs E to save the file at exit.
shell to DOS F2 *
Press F2 to exit E temporarily to run some other file or system command
(for example, DIR). Type 'exit' after you are done to return to E.
execute EFn.BAT F3-F6 *
If it exists, the batch file EFn.BAT will be executed when Fn is pressed,
for n = 3 to 6. The file being edited will be saved first if changed. You
can use this feature to run a .BAT file to compile, link and/or debug the
file you are editing, print the file, perhaps passing it to a print
formatter such as NROFF first, even play a game if you are tired of
working, all without losing your place!

For example, here is the .BAT file I use to invoke the Turbo assembler,
linker and debugger for e. It is named 'EF3.BAT', and runs whenever I push
F3. '%1' is automatically replaced by the name of the file being edited
without the extension.

If you use this feature to invoke an assembler or compiler, I recommend you
also install a program like BUFFIT to allow you to retrieve error messages
that have scrolled off the top of the screen. Alternatively, you could
redirect the output of the compiler to your printer or add 'pause' at the
end of the batch file.

Here's a .BAT file to print the file currently being edited. If you call
it EF4.BAT, it will cause the file to be printed when you press F4:

If the shift key is pressed along with F2 or F3 - F6, E contracts down to
under 7K, writing the file being edited to disk if changed, then reading it
back in afterward. Anything in the block or other buffers is lost. Use
this if the application which you are leaving E to run won't fit otherwise.


I'd like to thank some folks who have helped with this project. Jim DeVries
wrote ECONFIG.EXE, with which you may change many of E's default settings.
Mike Robertson sent me the original code to allow E to run under DESQview and
contributed many helpful suggestions as I was developing and debugging E.
Many other users have contributed helpful suggestions for improvements and bug
reports -- thanks to all of you. Thanks also to Barry Nance who said nice
things about E in his column in the September '91 BYTE.

I'd appreciate hearing about any bugs, and welcome any other comments. To
contact me, leave mail to dnye on BIX or write me at the address below. Please
enclose a stamped, self-addressed envelope if you write and want a reply.

0.4, 28 Jan 1990
More bug fixes (last line in file no longer has CR LF appended, can no
longer start e up without a file name on the command line, then escape out
of entering a file name at the prompt). There is now a byte settable with
debug to start e up in text mode instead of programming mode. Can enter
chars above 80h with Shift Alt =. Wrapping a line ending in one of the
punctuation characters in the set {.;:!?} leaves two spaces after the
character.

1.3, 1 Feb 1991
Added Shift Alt O command to return to last file edited. The lower of two
lines joined by pressing delete at the end of the upper line now has leading
spaces deleted.