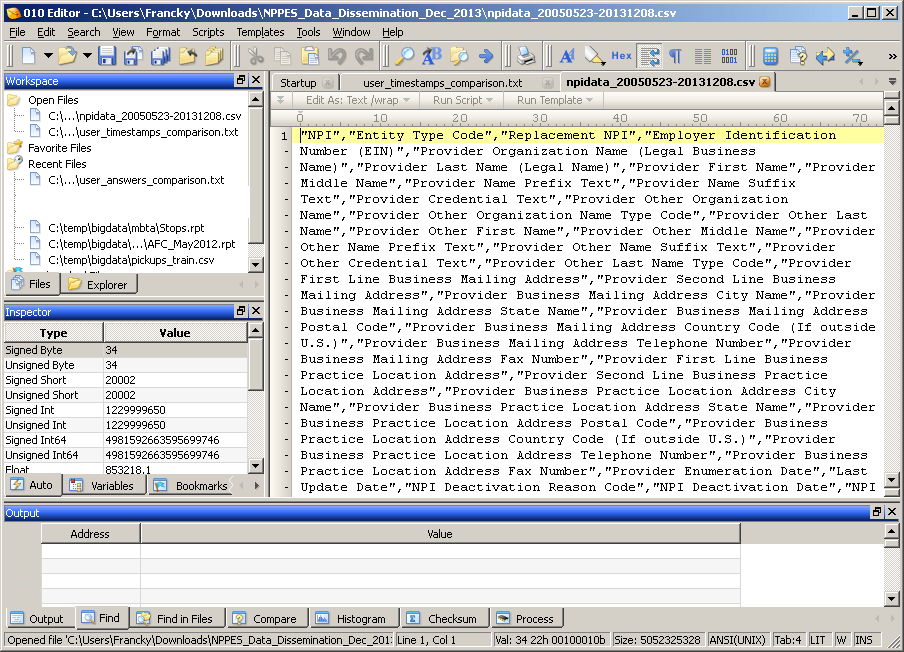 Contents of the CM_EDITR.DOC file

At the DOS prompt, type:

where filename is the name or full specification (path+name) of the
file you wish to edit. Optional switches, which need not be separated
from one another, are V for view-only, no edit; M for monochrome color
set; and L for LCD color set. (Default color set is for CGA/EGA/VGA.)

Thus, to view a file called TEST.ASC in the DOCS directory of you C drive,
using the monochrome color set, with CM_EDITR on the disk in A drive,
enter at the A:\> prompt:

Begin by viewing any text file.

The default display mode for "record delimiters" [carriage return
(CR), line feed (LF), and the combinations CR+LF and LF+CR] is to show
their color values, which are cued in the legend at the bottom (blue=CR,
green=LF, cyan=CR+LF, magenta=LF+CR). In addition , the end of the file
is denoted with a red End-of-File (EOF) mark. Sometimes it is very useful
to know exactly what delimiter combination your word processors use, so
you can duplicate it when you edit with CE. You can toggle the colored
delimiter symbols off with "