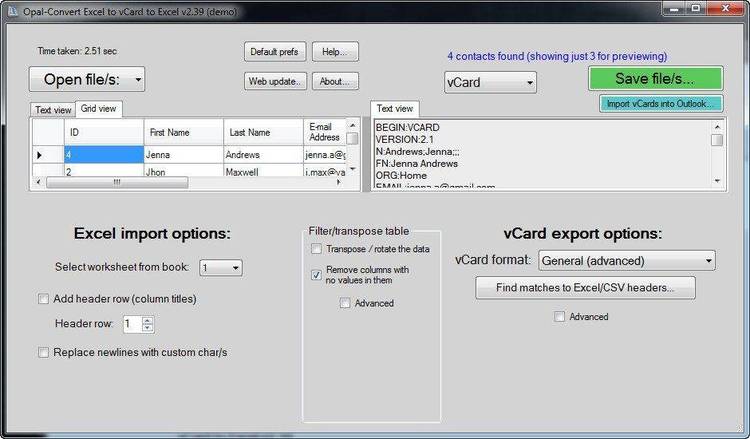 Contents of the EXC2CRD.WRI file

EXC2CRD was initially developed to aid the conversion of a vendor master file to Cardfile format. With HP3000 host based end user reporting tools (DataExpress from IMACS), it was easy to extract and download the information to a worksheet. EXC2CRD takes over from there, transferring the data to Cardfile.

While this application actually lends itself more to a simple batch process, I took the opportunity to expand my Excel macro skills by creating a mini Excel application instead. Several advanced macro features are used, including custom menus, dialog boxes, and help.

EXC2CRD is non-copyrighted freeware. Basically, this means you can do whatever you like with it. All I ask is that you give me feedback regarding possible improvements.

1. Exclusive Operation.
You can NOT change the input focus while running the conversion. If you do, the keystrokes intended for Cardfile will be sent to the application you just activated. Messy, messy, messy. While I could have re-activated Cardfile before each SEND.KEYS(), I elected not to for purposes of speed and the fact that I still could not guarantee that the focus would not change at some inopportune time.
2. Speed.
Conversion is not a fast process. On a 20MHz 386, EXC2CRD will convert approximately 50 seven field records per minute.
3. Number of Cards Converted.
The number of cards which Cardfile can hold is memory dependent. While I personally have not reached this limit, the user converting the vendor master file hit it at about 1200 cards. This was using a 4Mb Compaq 386s running Windows 3.0 in enhanced mode. Of course, Excel was loaded and running EXC2CRD, along with Cardfile. As far as I know, these were the only applications running.

Understand that while EXC2CRD does work, its primary purpose in life is as an exercize in Excel application development. The necessary use of SEND.KEYS() severely limits its actual utility in a multitasking environment such as Windows.

Seriously, if you actually douse it and run into problems, send me an EPLEX and I'll try to help.

Frank.
file. As far as I know, these were the only applications running.
EXCwr&n3ie`\XvTPLHVwdrfnjfa]YUQ?MGHGwrg
nj
j
fa]YUQ?MGHxxxxx"$&35<7v8RTVdfrp<