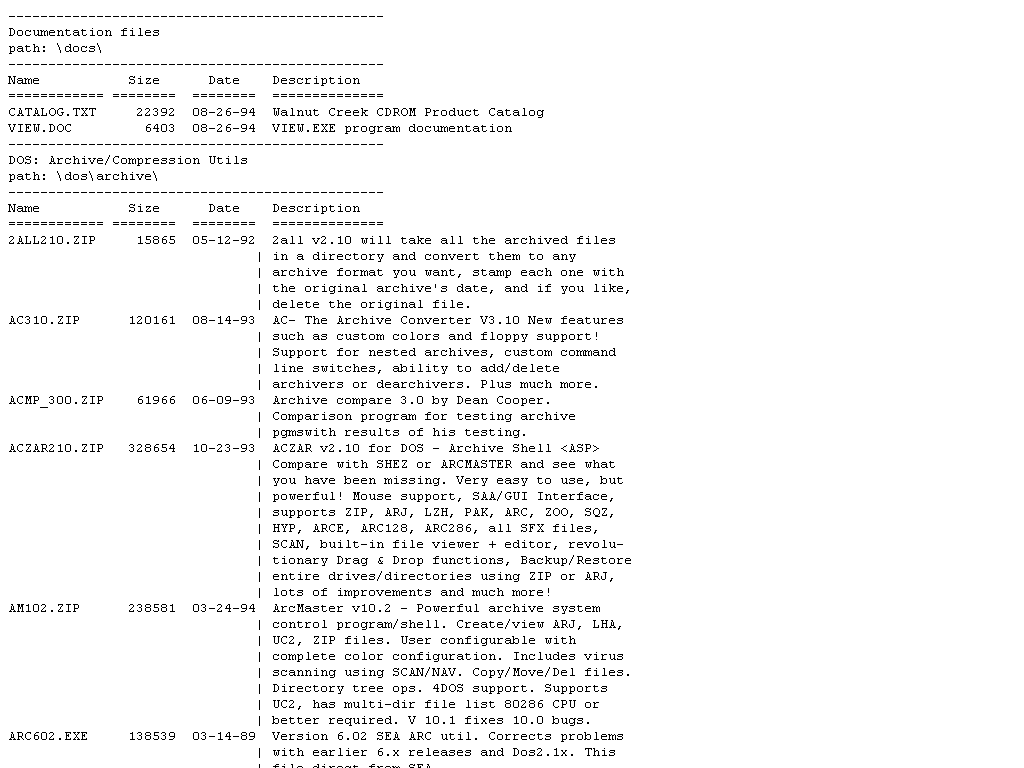 Windows UnArchive v2.21, an UnZipper/UnArjer
for Windows which doesn't need a DOS app. to
do the real work. Many useful features,
including a TryOut feature for downloads and
the ability to run or read files within archives.
This release adds support for PKZIP 2.04C and
fixes some bugs.

Contents of the HISTORY.TXT file

Here is a summary of all Windows UnArchive and Windows Unzip
releases to date:

Fixed problem of WUNA not releasing all memory or resources. Fixed problem
of WUNA crashing when unarchiving 0 byte files. Added "stealth" support for
PKZIP 1.93a.

Fixed the problem with registering customer names longer than 20 characters.
Fixed the bug with WUNA not recognizing executable extensions on some
systems. Made some small cosmetic changes.

Overhauled the look of the program using Borland's Custom Controls. Added
Cooperative Multitasking ability and the ability to abort unarchiving.
Added Quiet UnArchiving option. Added -q, -s, -m, and -l switches. Put a new
gauge in the status window which tracks the percentage of total bytes written
during unarchiving. Fixed a bug with WUNA not recognizing EXE as an executable
extension. Squashed a few small bugs.

Fixed a memory managment problem with MoveIt command under Try Out box.
Implemented minimizing on startup when shift key is held down. (Standard)