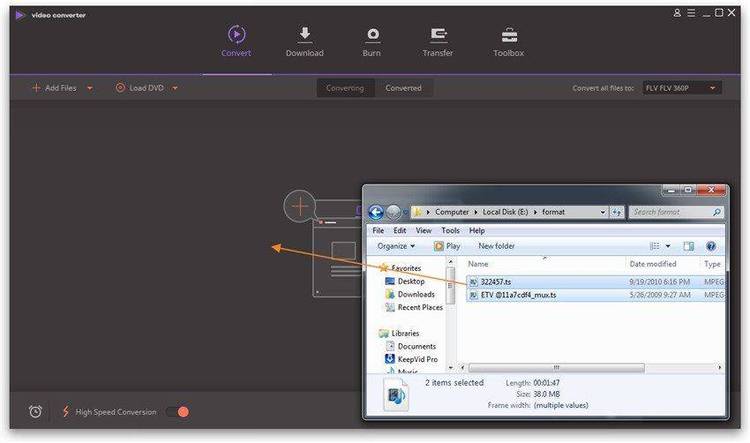 Contents of the SURF09.DOC file

Surf is designed to be a toolbox for modifying and editing Windows 3.1
WAV files. You'll need Windows 3.1 and a sound device capable of digital
output (e.g. SoundBlaster, Pro Audio Spectrum, Adlib Gold, etc). Regular
Adlib cards cannot play WAV files. There is a driver for the built-in
speaker inside your PC that was released after Windows 3.1. The quality
is poor, but it is free from Microsoft.

Surf is designed to be fun and useful. I've tried to leave out the tech-
nical details wherever possible. I'm planning a much more technical
version if Surf is successful. Alot of people won't understand if you
say "inverting the sample", but if you say "sounds like playing in a
garage", they get the idea. I'm by no means an expert, and this is a good
place to thank Jason Bell (my brother) and Na'im Ru for explanations,
ideas, and even some source code.

This is a beta copy of Surf and you'll notice that alot of "regular"
features are missing. Surf has no way to delete portions of a WAV, mix,
or insert other files, etc. These are of course in the works for future
versions of Surf, but it seemed smarter to work on neat effects rather than
editing functions. For the moment you can use Windows' Sound Recorder
for most (albeit crude) editing functions. Surf is also currently
limited to 8-bit monophonic sound editing.

Surf is a file-based toolbox, which means that WAV files are never held
in memory (except partially, during playback), so the only limitation on
WAV file size is the size of your hard drive.

To start up Surf, just copy the SURF.EXE file onto your hard drive and
use Program Manager or File Manager to run SURF.EXE.

You should see the Surf window appear with a status bar at the bottom.

Choose "File...Open" and select a WAV file for editing.

The status bar will display information about the WAV file you opened,
and will look something like this:

The "22050 Hz" refers to the "Sample Rate" of the WAV file. This is the
number of samples that were collected in one second during recording.
For 8-bit recordings, a "sample" is one byte.

For reference, most people's speaking pitch is below 5000 Hz, and most of
us cannot hear tones over 20,000 Hz. Below are some common sample rates:

Once you have your sound file open, you're ready to start modifying the
sound.

There is a "button-bar" for easy access to many of the functions below.

Here are some of the things you can do with Surf:

Show - You can view the WAV file you're working on in three ways,
all three views scale themselves to the current window size:

The "Current" choice on the "Show" menu is the quickest way
to look at the sound. It will select 1 sample out of several
and draw it as one line on the screen.

The "Compare" choice shows you the current sound as well as
the previous one. This will let you compare, for example,
the original samples with the sound after you've added echo.

The "Extended" choice is slow, but gives a more accurate
picture of the sound samples. It draws ALL the samples (on
top of one another if necessary) in the window.


Play - This (of course) plays the current sound. You can restart
the playback by selecting Play again before the sample
finishes. The playback is in the background, so you can
continue editing while it is playing.

Undo - This will "undo" the last function. After you undo, you can
"redo" if you change your mind again.


ReOpen - This will reopen the original file you started working with,
effectivly throwing out your changes to the file.


Save - Lets you save your all your changes to a WAV file.


Add Echo - You can add three levels of artifical echo to your samples.

The "Short" echo repeats about every 0.15 seconds and sounds
like talking in a large room. This kind of echo is usually
called "reverb".

The "Medium" echo repeats about every 0.25 seconds and it
sounds like the echo on a stadium P.A. system.

The "Long" echo repeats about every 0.60 seconds and it is
like the echo you hear if you shout from a mountaintop.


Volume - You can change the volume level of the WAV file. You should
take care using this - if you make the sample too loud,
something called "clipping" happens and it sounds awful.
Use the "Show" feature and make sure that you don't make
the sound so loud that any samples shown reach the top of
the display window.

If you make a sample very loud or soft, don't expect to be
able to change the volume back and have the same sound. It
is similar to "washing out" the colors in a picture. You
should try to keep the volume as high as possible without
clipping. Check the display after each function to make
sure the volume isn't too loud or soft.

Take a WAV file and play around with the volume, it is useful
to see what it looks and sounds like at each step.


Continuous
Play - Plays the current sound over and over. Surf will shrink to
an icon during playback. When you double-click on Surf's
icon, it stops playing.

Smooth - Attempts to "even out" sharp changes in consecutive samples.
This sort of "dampens" the sound, making it sound like it
was played in the next room or under a blanket.

Hiss - (Removing) Sets samples that are nearly "silent" to silence.
This has the effect of removing the hiss that can be heard
during long peiods of silence. The Heavy, Medium, and Light
levels reflect what samples Surf will consider to be
"nearly-silent". Note that if many samples are "silenced",
it can make the speaker "pop" during playback. What happens
is that once the smaller samples are removed, the larger ones
that are left tend to "pop" the speaker abruptly. This can
sometimes be worse than the hiss you were removing! You'll
hear what I mean if you try this on a few sounds.

(Adding) This adds random values to the samples of the sound,
effectively creating hiss.

Chorusing - This is bit like a varying echo. The idea is to add layers
of slight echo to give the impression that a "chorus" is
present instead of a single sound source. "Medium" effect
usually has the best results. Try doing this function 1-3
times, each on top of the last. With a suitable sample, it
really can sound like a chorus.

Inversion - This produces a sound like speaking in a room with concrete
walls. It's quite a bit like playing the sample in a garage.
Even more so if you Invert the sound a second or third time.

Phazer-
Chorus - This is something of a mix between a phaser and the chorus
function. Like inversion, it only sonds good with some
samples, others sound awful.

Sample
Rate - This is probably the most fun to play with. You can change
the rate at which the samples are played. This will slow
down or speed up the pitch and length (timewise) of the
sound. As mentioned above, you should keep sample rates
between 4000 Hz and 23,000 Hz.

Shrink
Audio - This can let you save some space with longer samples. What
it does is remove every fourth sample and then decrease the
sample rate by 25%. With some WAV files there is only a
slight loss in quality, even when the file is "shrunk"
2-3 times. You'll have to decide if this quality-for-space
tradeoff is useful for your files.

Remember, if you find yourself "just playing around" with Surf for fun,
you should register -- that's what it was designed for!

You can register and get a license number for Surf in two ways:


Once you enter your license number, you won't have to see that
registration reminder every so often, and your license will be valid
for all future versions of Surf.

Please send your registration as:

Obviously you can send U.S. currency, but I don't want to be responsible
if the money gets "lost" on the way (although this has never happened in
the past).

Print and fill-out the ORDER.FRM file and send to:

Please contact me before you mail in your registration, there may be a way
to register via credit card, I may have moved, etc. My phone number is:
(904) 372-3695.

You should definitely try to contact me via phone or e-mail first, but I
promise that registrations sent to the Gainesville address will be
fulfilled (it just may take a few days longer).

Prices are subject to change.

* Pitch adjustment WITHOUT changing the length of the playback time.
In other words, shifting the frequencies up or down using Fourier
transform. This function is already about 1/4 done.

* A specialized function to modify a WAV file so that it will sound
better when played through the Windows 3.1 PC-Speaker driver.

* Converting mono into "pseudostereo" by putting right channel
slightly out of phase with left (targeted for version 1.0).


Please don't hesitate if you have other ideas for this list, call me!

Surf was created with QuickC for Windows and the Windows 3.1 SDK. Surf is
roughly 1600 lines of code, and it took about two months to create this
initial beta release.

Surf is my second "major" Windows program. I also wrote Statline, a handy
little status bar for Windows 3.x. Statline can show you the date, time,
free memory, free system resources, etc. It can also launch programs,
exit Windows quickly, keep a mini notepad, and more. You can register
both Statline and Surf together, see the ORDER.FRM file or call me for
details. End of plug.

By the way, it has been noted that any sound editing/playback tool has
the potential to damage either the user's hearing or playback equipment.
For example, a sound could have the volume increased to a large amount,
then be played back through an amplifier. The amp could conceivably
"blow" the speaker or damage the eardrum. I will not be held liable for
this sort of mishap, even if the sound was a result of a Surf function.

I have a BS in Computer Information Science from the University of Florida
(class of '92). If your company needs an experienced Windows (2 years) or
DOS (4 years) programmer, consider hiring me. Just think what a waste
it'll be if I have to write boring programs for mainframes.

If you are a programmer yourself, consider contacting me. I'm giving
quite a bit of thought to forming a "Shareware alliance" of several
programmers under a single roof. If you're spending more time sending out
orders than programming, maybe this will interest you.


Thanks for using Surf

P.S. Surf is Copyright (C) 1992 James Bell
"Windows" and "QuickC" are T.M. Microsoft Corp.
"SoundBlaster" is T.M. Creative Labs Inc.
Other trademarks mentioned are the property of their respective owners