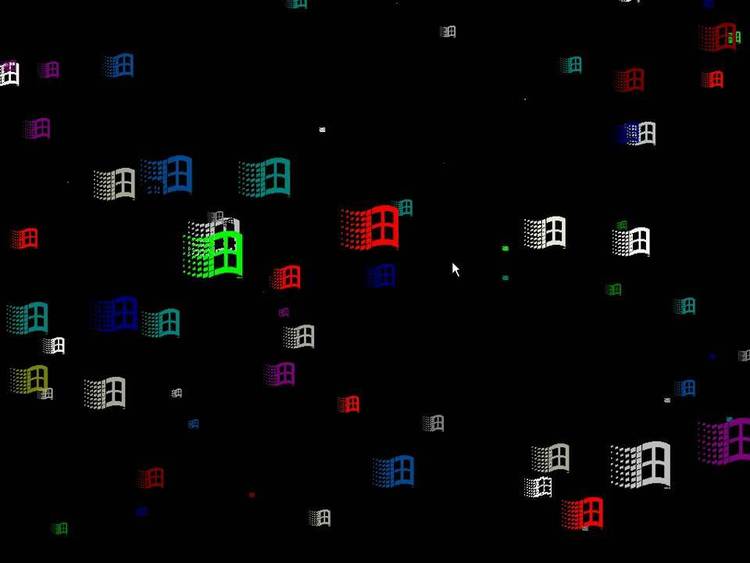 Contents of the SSBLIND.WRI file

SSBLIND.SCR is a screen saver that works with the one built into Windows 3.1 or Multimedia Windows. Just put the file SSBLIND.SCR in your Windows 3.1 directory, and use the Control Panel Desktop to configure and test it.

When activated, ssblind will drop a protective curtain over each of the windows on the screen, and will (optionally) play the "Critical Stop" .wav file when each one closes. It's recommended to have a short .wav file that sounds like a window closing.

SSBLIND.SCR is based upon the programs written by Charles Petzold which appeared in the June 1992 Windows Tech Journal (maybe the best windows programming magazine I've found). The files were compiled with Microsoft Quick C and a few libraries from the Multimedia SDK. Source code is included for you Win3.1 SDK people out there who wish to change the color of the blinds or whatever. The makefile is in QuickC format.

SSBLIND.SCR is freeware. Please do not, however, distribute any changes to the code, but rather send them to me and I would be happy to fold them into a new version. Some areas for new features would be: choose the pattern for the blinds, probably using the background patterns people use for the desktop; customizing the .wav file played when the windows close (currently it plays the "Critical Stop" sound); and maybe better animation (like a hand reaching up and pulling a cord down to close the blind).