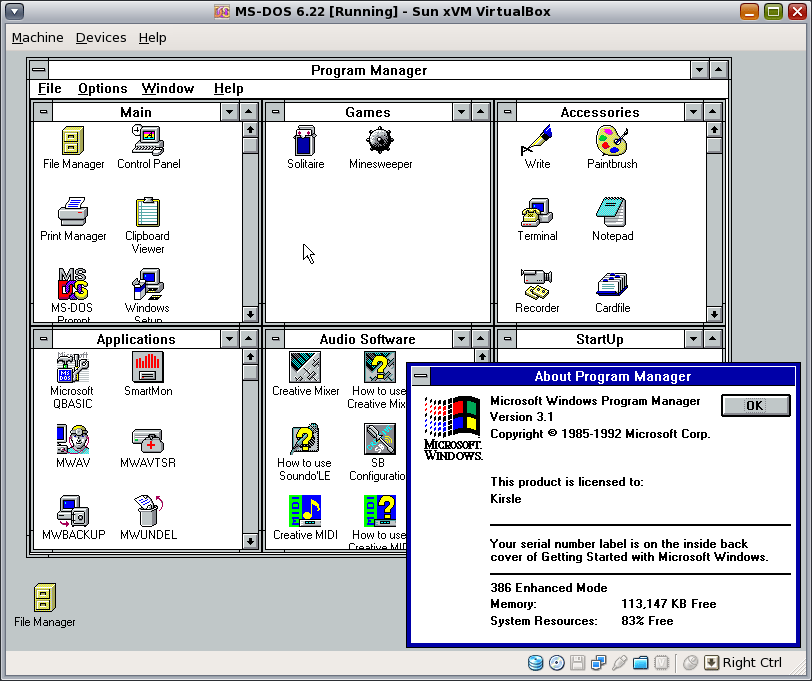 Contents of the RENAMETT.DOC file

RENAMETT is a DOS program (not a Windows program) with the aid of which you
can change the name by which Windows 3.1 refers to a TrueType font. To
accomplish this, RENAMETT alters the specifications of the name in the font
itself and writes the modified font into a new file.

TrueType fonts specify names for both the Microsoft and the Macintosh
"platforms" and also give variants of the names for different languages.
RENAMETT changes only the "US English" names for the Microsoft platform. If
the file produced by RENAMETT were used on a Macintosh, the original names
would be in effect. If you are running Windows with a different country and
language selected, the names will likewise be the original names (in the form
specified in the font for the particular language).

RENAMETT can operate either interactively or automatically. In either
mode, it requires two arguments. The first is the name of the file containing
the TrueType font the names of which are to be changed. The second argument is
the name for the file into which the modified font is to be written. Suppose,
for example, that you want to modify the SWFTE font called "Copperfield" to
change the name by which the font is shown on Windows font menus to something
other than "Copperfield". The font is stored in the file CPBSWFTE.TTF in your
\WINDOWS\SYSTEM directory. If you want the modified font to be stored in
COOPERBL.TTF in the root directory of your D: drive, you would issue this
command:

(With only these two arguments, RENAMETT would run in interactive mode.)

To run RENAMETT in interactive mode, invoke it with only the two
obligatory arguments. After it has loaded the TrueType font, RENAMETT shows
you the three existing names and prompts you to replace them. If you want to
follow the TrueType convention, you will retain the original font style name
and change only the font family name and the font family name portion of the
full font name.

Let's say you want to change the name of the font in CPBSWFTE.TTF from
"Copperfield" to "Cooper Black". To do this interactively, you would issue
the command with only the two file names as arguments:

Your interaction with RENAMETT would then go like this:

After you responded to the last prompt, RENAMETT would modify the font
accordingly and write the result into D:\COOPERB.TTF.

If you want to retain the original name, simply press Enter in response to
the prompt for a new name. RENAMETT will ask you if you want to keep the
original name, prompting you to type y (for "yes") or n (for "n"). This is an
example of the dialog:

If you type n instead of y, RENAMETT will tell you that a blank name isn't
acceptable and will prompt you again to enter a new name.

For the "Copperfield" to "Cooper Black" example, the command would take this
form:

If \WINDOWS\SYSTEM\BAISWFTE.TTF contains a font with "Baskerton" as the
font family name, "Italic" as the font style name, and "Baskerton Italic" as
the full font name, execution of the command

Because operation is automatic, this mode is suitable for use in a batch
file when you want to process a series of TrueType fonts. The following
batch file, for instance, would modify the four SWFTE "Baskerton" fonts and
the four SWFTE "Carnegie" fonts:

RENAMETT only permits the use of ordinary keyboard characters (i.e.
characters with ASCII codes in the range from 32 to 126) in names. (This is
a RENAMETT limitation, not a TrueType or Windows restriction.)

If a font is already installed in Windows, you should follow a procedure
such as this in order to substitute the modified font for the original font:

(1) Make sure you have a backup copy of the original .TTF file, in case
you later want to revert to it. (It isn't necessary to back up the .FOT file,
since the Windows font installer can recreate it.)

(2) Copy the file created by RENAMETT to a directory other than
\WINDOWS\SYSTEM.

(3) Start Windows and use the Control Panel Font Installer to remove the
installed font. (This causes the reference to it in WIN.INI to be removed and
also causes the .FOT file to be deleted from \WINDOWS\SYSTEM.) If you want to
recover the storage occupied by the .TTF file, check the box that requests that
the font file be deleted.

(4) Select "Add ...". On the "Add Fonts" screen that this brings up,
specify the directory where you put the modified .TTF file in step 2. The name
of the font (i.e. its new full font name) should appear. Click on it to select
it and then click the OK button to install the font. Font Installer takes you
back to the "Fonts" screen where the installed fonts are shown; the name of the
newly installed font will be added to the list and highlighted, and a sample of
it will be displayed below the list. That's all there is to it. The new font
is immediately available -- you don't have to exit from Windows and then
restart it.

RENAMETT can also be used to find out what the font family, font style, and
full font names specified in a TrueType font are, without modifying them. For
this purpose, invoke RENAMETT with a single argument giving the name of the
font file. If, for example, you issue the command

RENAMETT will show you the name of the font file and the three names as they
are given in the font. No changes will be made to the font and no new file
will be produced.

This portion of RENAMETT output can be redirected to a file by using the
DOS redirection operator ">" or ">>" in the command. If, for example, you
issue the command

RENAMETT is a DOS program. It is, of course, possible to run it in the DOS
window of Windows, but doing so opens the door to various types of malfunction
due to the way Windows runs DOS programs.

One documented problem is that the default PIF under which Windows runs
RENAMETT allots only 128K of system memory to the program. RENAMETT can handle
ordinary fonts with this amount of memory, but some unusually large font files
(files of more than about 100K bytes) require more memory than the default
allocation makes available. If RENAMETT, when run under Windows, fails with an
error code of 10001, 10002, or 10003, it is telling you that Windows didn't
give it enough system memory to handle the font you asked it to process.

The easy solution to this problem is to exit from Windows and issue the
RENAMETT command again from the DOS command line. Otherwise, if you want to be
able to operate within Windows, you'll have to modify the default PIF for DOS
programs or create a special PIF for RENAMETT, specifying in either case a
memory requirement greater than the default 128K. A specification of 256K
should be adequate; if it isn't, you can try higher amounts.

Users running RENAMETT under Windows have reported various other problems
the causes of which are difficult to pinpoint. They appear, however, to be
due to some kind of interaction between Windows and the program. Again, the
way to avoid such problems is to run RENAMETT under DOS.

If, in step 4 of the installation procedure, the name of the font doesn't
appear on the "Add Fonts" screen, or if the name of the new font doesn't appear
in the list of installed fonts on the "Fonts" screen after you've supposedly
installed it, or if the sample displayed for the font is obviously garbled or
if no sample is shown, Font Installer is telling you that there's something
wrong with the new font. This indicates that RENAMETT has made some mistake in
taking the font apart and putting it together again as a result of which the
modified font is malformed. If you encounter this or any other problem, I'll
be glad to try to track down the cause, but to do so I'll have to have a copy
of the original font to work with.

1.01 (21 May 1992) - Initial release.
1.02 (10 June 1992) - Version 1.01 neglected to recalculate the field called
'checkSumAdjustment' in the 'head' table. (This field is a modified
checksum for the entire file.) This omission is corrected in 1.02.
(Fonts processed by RENAMETT 1.01 are acceptable to Windows despite the
incorrect 'checkSumAdjustment' value, because Windows ignores the
checksums in TrueType fonts.)
1.03 (12 August 1992) - (1) Entering a null or blank name in response to a
prompt for a new name now triggers a query asking if the original name is
to be retained as a new name. If the answer is no, the user is prompted
again for a new name (null or blank names aren't accepted). (2) Names
supplied by the user are checked to make sure they don't contain any
characters with codes outside the range 32-126. (3) When there is no
second argument, the report of the names (which now includes the file
name) is written to Standard Output, so that it can be redirected to a
file. (4) The more generally used term 'style name' is used instead of
the official TrueType term, 'subfamily name'.

RENAMETT is a copyrighted program, the distribution and use of which are
controlled by the author and copyright owner, Rufus S. Hendon. It is not in
the public domain.

I, the copyright owner, have placed the RENAMETT program and this
documentation file in software libraries on the CompuServe Information Service
to enable individuals to download them for their own private, non-commercial
use. You may do so without charge. You may also give copies of the program
to other individuals for their private, non-commercial use, provided that such
copies include both the program file (RENAMETT.EXE) and this documentation file
(RENAMETT.DOC) in unaltered form and provided that you neither ask nor accept
remuneration in any form for the copies.

RENAMETT is made available without warranty of any kind. The copyright
owner is not liable for any damages resulting from the use of the program.

It is the responsibility of the user to take care that RENAMETT is not used
in ways that would violate the license agreements (if any) of the fonts to
which it is applied.