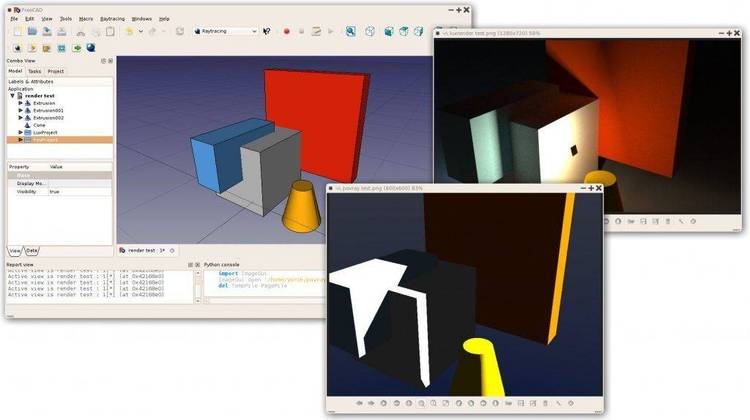 Contents of the POVCAD.DOC file

NOTE: POVCAD is written in Visual Basic 3.0 for Windows (Microsoft Corp).
To run it you'll need the runtime module VBRUN300.DLL.

POVCAD USERS: The book "Adventures in Raytracing" published by QUE has
a whole chapter on POVCAD for Windows. The chapter is
divided into tutorials and the figures help understand how
to use it. The book was written by "yours truly"