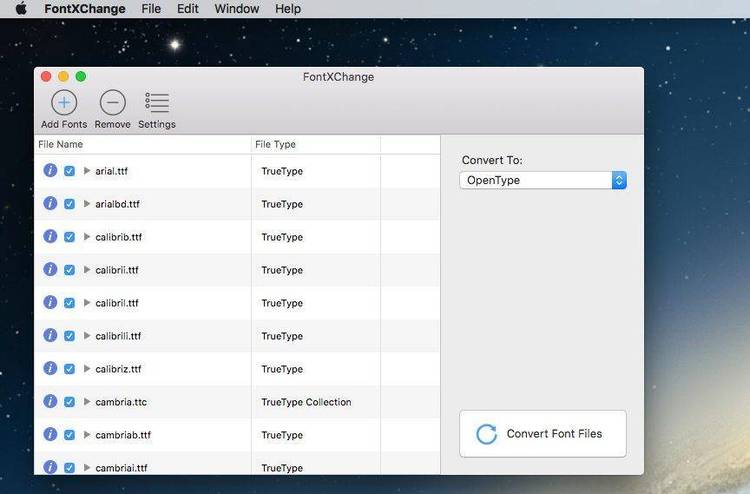 Contents of the OKFONTS.WRI file

Windows 3.x is terrific! With Adobe Type Manager and TrueType fonts installed, you have access to a complete font library that would make Gutenberg envious. Hundreds of TrueType and Type 1 PostScript fonts are readily available at little or no cost, just for the downloading. But there's a serious catch!

Some fonts available both online and commercially are defective, and that can mean big trouble for you. A font may seem OK, but then you try to display or print a particular character and you get a Windows crash rather than the character you want. It happens all the time, and a good percentage of the problems people have with Windows is due to a bad font on their system.

But, how do you spot these fonts. Until OKFonts, there really wasn't a way to do it. OKFonts performs the tests necessary for you to find and eliminate bad fonts from you list. Here's a guaranteeif you have over 100 installed fonts, at least one of them is going to be defective, especially if you download fonts from online systems.

OKFonts will find those fonts and let you delete them. The process takes time, but so far, it's the only program that'll do the job. Best of all, OKFonts is a free program from OsoSoft.

OKFonts requires Windows 3.1 and a computer capable of running Windows. OKFonts was written in Microsoft Visual Basic 2.0. For that reason, it requires that a copy of VBRUN200.DLL be in your main Windows directory. If you did not obtain this file with the program, you may obtain it from the OsoSoft BBS, at the number listed below, or from CompuServe, in the MSBASIC forum. You'll also need a printer that's fully supported by Windows, and at least 4 MB of free space on the drive or partition pointed to by the SET TMP= line in your AUTOEXEC.BAT file.

OKFonts works only with Adobe Type Manager and TrueType font scaling technology. While it may work with other font scalers, it has not been tested with them. Also, some PostScript cartridges and printers limit the number of fonts that can be downloaded at one time. If that problem occurs, you'll have to limit yourself to however many fonts your system can handle at one time, using the [Selected Fonts] options in the program.

Although OKFonts is a free program, it is Copyright, 1992 by OsoSoft and George Campbell. You may use it as you wish, but may not alter it in any way. If you distribute this program on a BBS or in a catalog, you must include OKFONTS.EXE and OKFONTS.WRI without changes. You must also either include VBRUN200.DLL or make that library file freely available to your clients or users. You may not distribute this program in conjunction with any commercial program without express written permission from OsoSoft.

To install OKFonts, copy the files, OKFONTS.EXE and OKFONTS.WRI into your Windows directory, or into another directory of your choice. You must also copy the Visual Basic runtime library file, VBRUN200.DLL into your main Windows directory. You need only one copy of this file to run all Visual Basic 2.0 programs, which is the reason that file may not be included in a compressed version of OKFonts.

After copying the files, start the Windows Program Manager. Click inside the program group where you want the OKFonts icon, then select <