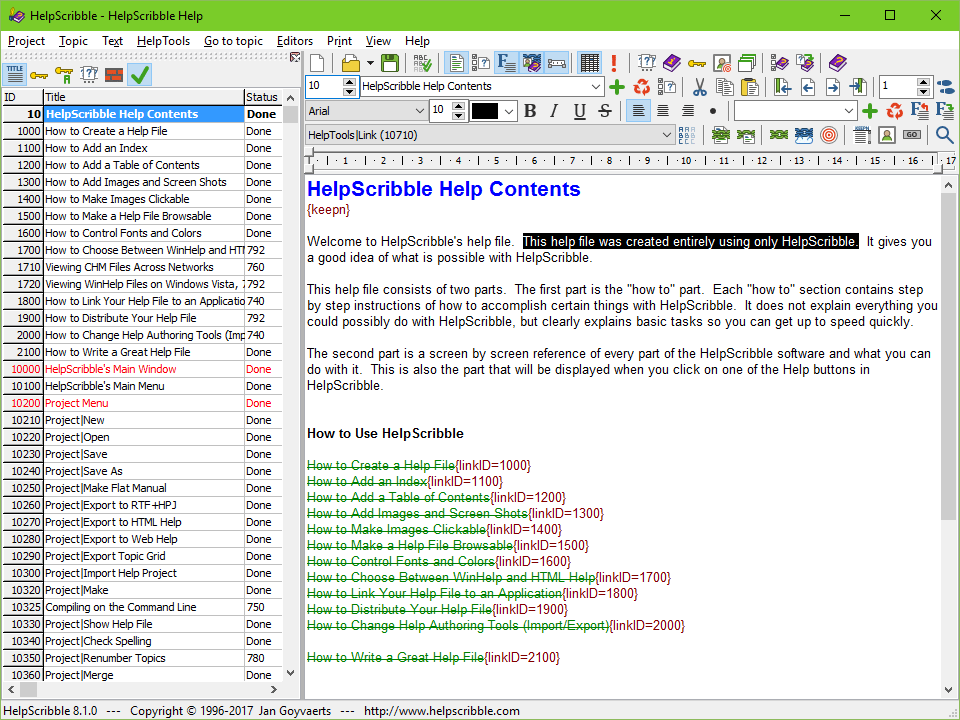 WHAG.ZIP
The file WHAG.ZIP contains the .DOC files to the Windows Help Authoring
Guide. It was written by Microsoft, though it was never published
anywhere. It appeared on the Developer's Network CD-ROM as a multi-media
viewer file. After much complaining on CompuServe, the .DOC files were
uploaded there by Emily Brooks of Microsoft (thanks Emily!).

You should also get WHAT.ZIP which contains tools to help you create
Help. Instructions for using what you find in WHAT are contained within
WHAG.

HAG.ZIP
The file HAG.ZIP contains HAG.HLP. Before MS uploaded the .DOC files, I
copied and pasted the raw text from the multi-media file and reformatted
it as a .HLP file so that it could be used by my department to create
Windows Help files. As soon as I finished, MS uploaded WHAG.ZIP. It was
a somewhat duplicated effort, but HAG does have the advantage of being
online and searchable.

I also added the neat Table of Contents.

CAVEAT
There are many, many references to graphics in the both files. However,
since the book was never finished, the graphics were never added and,
thus, there are no graphics to be found. But it works for the most part,
despite the lack of graphic examples.