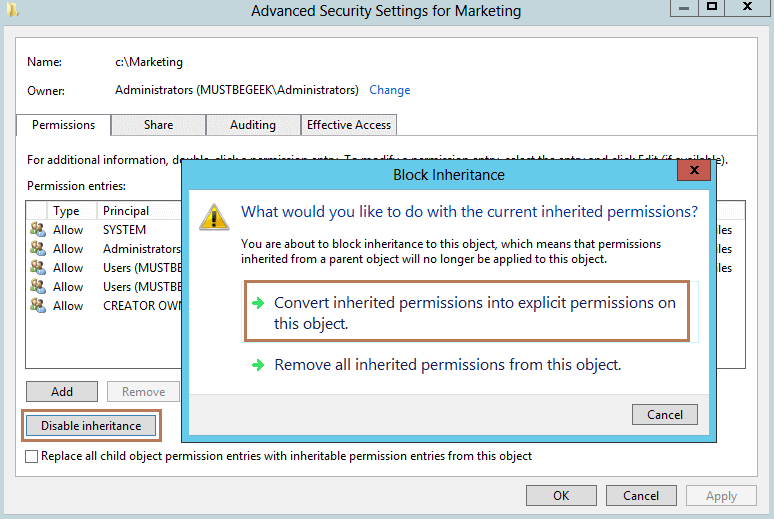 The folders program adds depth to the Program Manager groups. It gives the
ability equivalent to having groups within groups. Each folder can hold
any type of file you decide to place in it, including more folders.

Features include:
- No limit on nesting folders within folders
- Add any type of item to a folder
- Move or copy items from folder to folder
- Launch your applications directly from a folder
- Customizable command lines for any item
- Use virtually any icon on the system to represent items
- Tie two or more folders to the same subfolder
- Now supports 256 color display modes


Installation (no previous versions installed):
1. Copy files FOLDERS.EXE, FOLDERS.HLP and FOLDERS.INI to your
windows directory.
2. Run FINSTALL and follow its directions. Be sure to select Install,
not Re-Install.
3. That's it. Your are now ready to start getting organized.

If this installation process should fail, follow the directions for
manual install found in FOLDERS.WRI.


Installing v3.x over v3.0:
1. Edit the file FOLDERS.INI found in your windows directory in the
following manner using some editor like Notepad:
a. Under the section [Icons] change the first line to read
Icon Count=8
b. Delete all lines in this section starting with the line
numbered 8. You should now have the Icon Count=8 followed
by lines numbered 0 thru 7.
c. Save and close the file.
2. Go to your folders directory and delete the file FOLDERS.ICF.
3. You will now be able to run v3.x. Note that you will have to
add back in any icons you were using previously.

Getting Started:
1. Once the program is installed, open your first folder.
2. You can rename it, if you want, using the Name command under the File
menu. Be sure and rename it in the program group, too.
3. From this folder, or any folder you create, you can make new folders.
Simply choose New from the File menu. You can create subfolders or
new group level folders such as this first folder.
4. Create whatever folders you want and add items to them using the
Add Item command from the Edit menu. For detail information on each
command, use either the help menu or read FOLDERS.WRI.
5. A word of warning on creating new folders. Each folder needs to have
a unique name. Lower or upper case makes no difference.


Notes on using icons:
If you have already been using Folders, after re-installing you'll notice
that most, if not all, of the items appear using the DOS icon. This is
due to the fact that new icons must be loaded into the folder system
before they will appear. This can be done in one of two manners. The
first way, and easiest way, is to simply add either an executable file
with an icon in it or an item associated with an executable with an icon.

For example, if .TXT files are associated with Notepad, if you add either
a .TXT file or NOTEPAD.EXE to a folder, the notepad icon will become
available for use by the Item Icon or the Set Default Icons commands.
In addition, any item with a .TXT extension will appear using the notepad
icon after this. Note that the first time you do this, the folder will
have to be closed and reopened before all items appear using their icon.

The second method involves using the Add Icon command under the Special
menu. Using this command, you can add any acceptable icon description
file. These files usually end in .ICO. Once an icon has been added, it
can be accessed using the Item Icon or the Set Default Icons commands.
You'll note that when using these commands, some icon names appear with
an asterisk before them. These asterisks indicate icons that were added
to the system from an executable in the manner described by the first
method of adding icons.

There are a couple of definite limitations in the use of icons. First,
CGA is not supported. Second, Folders cannot extract the icon from
certain applications, the most significant being Word for Windows.
Also, if an executable contains more than one icon, only the first
icon in the program may be used. Finally, an ICO file can have only
one 8 or 16 color icon in it to be usable.

- Only one copy of a particular folder may now be open at a time.
Double-clicking on the folder icon or using the Open command on a
folder already open will make the folder selected the active window,
even if iconized. It will not open a second copy of the folder.

- Group level folders are now created so their icon may be changed by
simply going to the Change Icon menu of the Properties command and
selecting View Next. Previously, it was necessary to replace the
file name in the Change Icon dialog with FOLDERS.EXE.

- Subfolders will now always appear starting in the lower-left hand
corner of the folder.

- Use of icons changed considerably. New command Add Icon allows any
icon file to be added to the system for use in displaying items. Also,
executable files with icons in them and items associated with these
executable will now appear using the executable's icon.

- Folder windows may now be resized and the new size used from then on
when opening that particular folder. Simply set the folder to the
desired size and then save the folder. The next time it is open, it
will appear using the saved size.

- Note that this version does not support SVGA.

- Fixed problem with Folders being stuck in multiple select mode until
hitting CTRL key after using a menu accelerator.

- Extraction of icons from executables improved.

- Command Line command modified to display the default command line for
an item.

- View Filename command modified to allow the filename to be edited.


Note that this is a shareware program. As such, this version only supports
fifteen folders. Registering this program gets you a version that supports
well over a hundred folders. The cost is a flat twenty dollars. Registered
users of version 2.x may upgrade to 3.x for ten dollars.
The fee is payable to:

Be sure and specify your name, address, name of the program and where
you obtained the program when registering. Also, specify 3.5" or 5.25"
disk. Colorado residents, please add the applicable sales tax. Sorry,
no credit cards.

Registering the program also entitles you to customer support. Direct any
comments to the above address or email to CompuServe 72540,144.