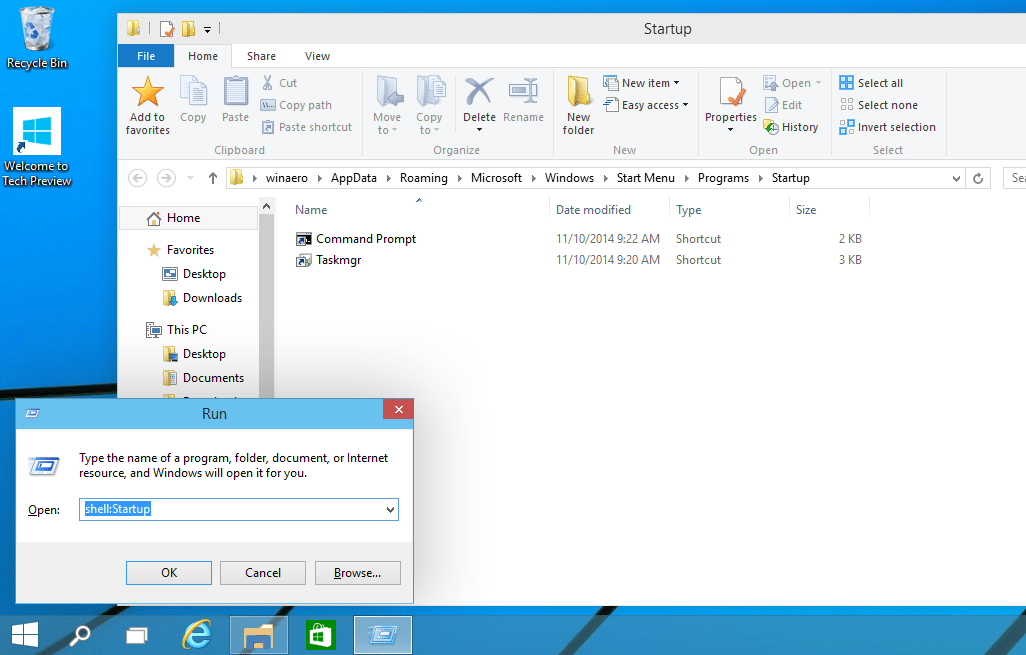 The Desktop Helper is a Windows 3.0 Desktop utility that provides
capabilities missing from Microsoft's Program Manager while also
providing the more important capabilities of the Task Manager. The
features include:

- Convenient pop-up menu at the click of a button.

- Pop-up menu available from any window.

- Configurable launch list of frequently executed programs.
No need to use an editor to maintain the list. Why
should anyone have to leave the Windows environment in
order to maintain a Windows program?

- Switch to or terminate a task, even if the task is not
currently visible (ie. hidden by other windows).

- Able to exit Windows without being queried about saving
Desktop changes.

- Pop-up file selector browser to choose a file to run.

- No useless ICON to clutter up the Desktop.

- Small memory usage- occupies less than 18K of memory (code,
data, and stack) when not in use. When activated, small
(less than 4K) segments of program code are loaded into
memory. When finished performing a task, Windows is free to
remove these extra segments if the memory space is needed by
other applications.


The contents of this package are:

1. The program and the documentation (READ.ME and DH.WRI) are
not modified in any way, shape, or form.

If at the end of this trial period you do not feel that
this program is worth the registration fee then you are
obligated to discontinue the usage of The Desktop Helper.

The registration fee for The Desktop Helper is $15 (U.S. Dollars).
Payment of this fee entitles you to technical support via mail (EMAIL
or U.S. postal) and encourages the author to add new features. You
will receive a registration number valid for any version 1.x of The
Desktop Helper. Proper registration will disable the occasional beg
for money. See the DH.WRI or ORDER.TXT files for further details and
a mail-in registration form.

2. The Desktop Helper will only work properly in Windows 3.0 and above
environments. This is because DH makes use of support only available
as of version 3.0, such as- floating menus, multi-level menus,
proportional fonts in all dialog boxes, etc.

Most of the following changes have been suggested by users of The
Desktop Helper. I believe in giving credit to those who have taken
the time to pass along their suggestions.

---Version 1.1---
1. The "Launch Maintenance" dialog box is now (finally!) functional.
This eliminates the need to exit DH, use a text editor to edit
DH.INI, and rerun DH.

You view, change, delete, and add menu entries as well as move an
entry up or down to change its position in the list.

Because it is no longer necessary to edit DH.INI, the description
of its format and contents have been dropped from the manual
(DH.WRI).

Even though the format of DH.INI has changed slightly (SEPARATORs
now have a digit appended to them), you do not need to make any
changes manually. A minor change will be made automatically the
first time you use the new "Launch" menu to make a change to the
menu list.

Thanks to all those who have been patiently awaiting this feature
and thanks to Jim & Jim who insisted that it be implemented in order
to call DH a finished product.

2. Minor bug fix- when calculating how many items will fit in the pop-up
menu based on screen resolution the result was off by one. For some
reason I subtracted one from the result. You may now have room to
add one more item to the menu.

3. DH will now first look for your DH.INI file in the same directory
that DH was run from. If it fails to find it there then it will
default to the Windows directory.

First suggested by Jim D'Agostino. Thanks.

Version 0.9 was released only to beta testers.


---Version 0.9---
1. Increased the maximum number of characters per menu item from sixteen
to thirty-two.

First suggested by Tom Clark. Thanks.

2. The "Registration" dialog box allowed you to type more characters on
each line then was acceptable. The User Name is limited to twenty-
five characters and the License Number is limited to six characters.
It was possible to exceed both limits.

3. Added additional Task Manager functionality- a multi-level "Windows"
menu with the usual "Cascade", "Tile", and "Arrange ICONs". This
menu selection will arrange all desktop windows and ICONs. It will
not arrange child MDI windows and ICONs.

First hinted at by Alan Mandler. Thanks.

4. Added a "Preferences" dialog box. This dialog will allow you to
choose left, right, or middle mouse button activation. If you
choose the right or middle buttons then it is not necessary to
hold down the Control key when clicking in the non-client area of
a window. The other benefit is that you do not have to hold the
button down- the menu won't disappear like it does when the left
button is used.

Also, note that if you select the middle button and your Windows
mouse driver is not capable of supporting this button then you will
not be able to activate DH. You must manually edit DH.INI, change
the "Button=3" entry in the "[Preferences]" section back to "Button=1"
(left button) or "Button=2" (right button), and restart Windows.

First suggested by Alan Mandler and Jim Freeman. Thanks.

5. Rearranged the components of the "Run" dialog box to allow for a
longer list of directories and a larger path.

6. Renamed the "Exit" menu item to "Close" so as not to be confused
with the new "Exit Windows" menu item.

7. Added an "Exit Windows" menu item. This will terminate Windows
without asking whether you want to save your Desktop changes.

8. DH can now be used as your primary shell program. DH will display
a minimal shell (title bar with System menu). Just
change the "shell" entry in system.ini to run dh.exe. DH.exe and
DHHOOK.DLL must both be located in your Windows directory.

The only other catch is that if your are running ATM (and possibly
some other software, but who knows?...) any other programs in your
"load=" or "run=" lines in win.ini will not automatically start up.
They must be started manually. This is a restriction at the moment.
This problem will be solved in a future release.

First suggested by Brent Ingraham. Thanks.

9. The "Run" dialog box now contains radio buttons that dictate what
the default file name will be.

10. Try to find the hidden dedication display in the "About" dialog box.

Version 0.7 was released only to beta testers.


---Version 0.7---
1. There is now an alternate, more convenient way to activate The
Desktop Helper. Hold down the