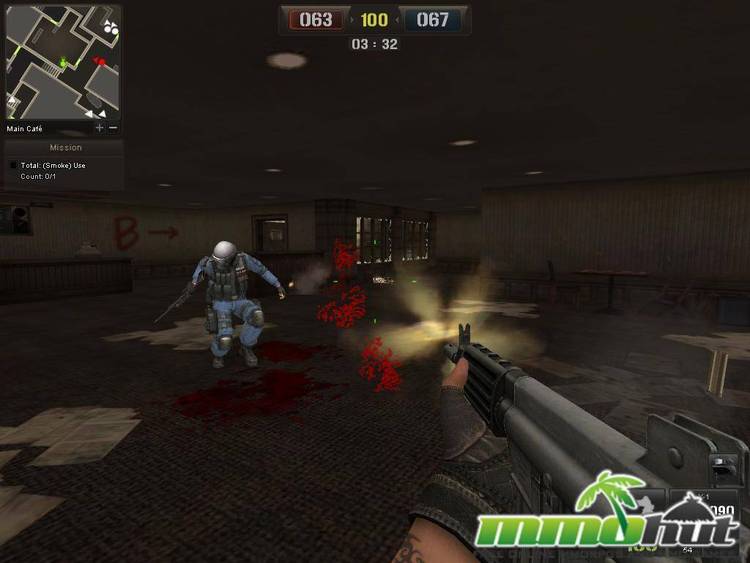 Contents of the BLACKCHG.WRI file

This file documents the changes to Blackout with each vesion number.

1)Added Game/Setup Game choice with Parameters dialog box, to allow game-play configuration by players.
2)Added true Windows online-help, modeled after the Windows Entertainment Pack online help.
3)Added "Target" bitmaps, to replace version 1.0's simple white blocks, to solve the problem where some of the randomly-colored blocks looked too much like a white block.
4)Added "Bonus" rectangles, which allow player to get multiples of a regular target score.
5)Added status line, to allow monitoring of the game's progress.
6)Added the "New" and "Pause" buttons on the status line, as shortcuts to use of the menu functions.
7)Added intelligent background behavior, so the program automatically pauses when in the background or iconized.
8)Added intelligent resize logic. Blackout''s window is now always a precise multiple of the game grid, instead of having "slack space" at the bottom and right sides of the window. The window size is also forced to a large-enough size to prevent clipping of the game's status line fields.

Released a "bug fix" version to fix problems where extremely high scores were not being saved in the High Scores entries correctly, and where the game score could suddenly become very high (a simple value-wrapping problem with the scoring variable).

This version introduced permanent fixes to the bugs from version 2.0, and added the following features:

1)Scoring and game-state counts are now kept up-to-date continuously, instead of being calculated by counting the whole game grid once per second. This should result in faster play on AT machines and slower 386's.
2)Added "Replay Arrow" feature - if you're fast enough, you can click on the traveling "Replay Arrow" to clear all black rectangles on the current level. This allows you to increase your score by continuing to play the level's bonus rectangles, or to get more time to complete the level.
3)In order to encourage registration, Blackout now has one of the dreaded "pester screens" which seem to be more and more common with shareware, lately. This screen is simply a modified "about" dialog box, with a button to allow you to continue and a button to allow you to enter a registration number. If you enter a valid registration number, the "pester screen" feature is disabled. Otherwise, it will be displayed each time you start a new game or move to a new level. Your registration number will work on any newer version of Blackout that you upload, as well.
4)A much nicer 3-D Blackout icon.

Thanks to everyone who has registered. I appreciate your honesty. If you have any comments or suggestions for or about Blackout, please feel free to write, call, or leave Email on Exec-PC (Pat Mills) or Compuserve (71211,1250). I'll try to answer all questions and respond to all comments. In my spare time, I'm working on version 3.0, with more features, faster play, and an improved user-interface.
xxoo57ddddLdd
hxtplhd7`\XTPJLJSwMsnokkgc"_[WDSLOVKVlwso
kgc"_[WDSLOVKxxoo57ddddLdd
h&pKpMplnigkg^^SSd
hh

0pTpVpjl
g
g^^SSd
hh
f=/84$898(ment Pack online help.
3, to replace version 1.0's simple white blocks, to solve the problem where some of the randomly-colored ked too much like a white block.
4)Added "Bonus" rectangles, which allow player to get multiples of a regular targetTms Rmned status line, to allow monitoring of the game's progress.
6)Added the "New" and "Pause" buttons on the status