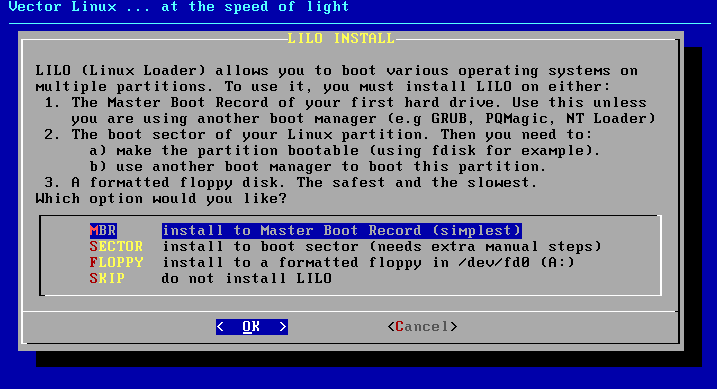 SETDRIVE is the copyrighted property of Ron Neth. You are granted a
limited license to use SETDRIVE, and to copy it and distribute it,
provided that the following conditions are met:

1) No fee may be charged for such copying and distribution.

2) SETDRIVE may ONLY be distributed in its original, unmodified state.
To include SETDRIVE.EXE and READ.ME.


Any voluntary contributions for the use of this program will be
appreciated, and should be sent to:

You may not use this product in a commercial environment or a
governmental organization without paying a license fee of $10.
Site licenses and commercial distribution licenses are available.


A word about user supported software:

The user supported software concept (usually referred to as freeware)
is an attempt to provide software at low cost. The cost of offering a
new product by conventional means is staggering, and hence dissuades
many independent authors and small companies from developing and
promoting their ideas. User supported software is an attempt to
develop a new marketing channel, where products can be introduced at
low cost.

If user supported software works, then everyone will benefit. The
user will benefit by receiving quality products at low cost, and by
being able to "test drive" software thoroughly before purchasing it.
The author benefits by being able to enter the commercial software
arena without first needing large sources of venture capital.

But it can only work with your support. We're not just talking about
SETDRIVE here, but about all user supported software. If you find that
you are still using a program after a couple of weeks, then pretty
obviously it is worth something to you, and you should send in a
contribution.

SETDRIVE is utility that resets the default parameters for a
floppy disk drive. I first developed SETDRIVE after
installing a 720K 3 1/2" drive into a XT clone as the B
drive. The only way to use the drive as a 720K drive was to
add a DRIVER.SYS entry to the CONFIG.SYS file telling DOS
that the drive in fact was a 720K drive and not a 360K
drive. However, DOS made my 720K drive the D drive and left
the B drive as a 360K device. Since the new drive was
physically cabled as the B drive I felt that DOS should
treat it as the B drive, hence the creation of SETDRIVE.
SETDRIVE is not intended to work miracles with your
hardware, so even though SETDRIVE will change DOS to think
that your 360K drive is a 1.44 megabyte drive, the reality
of the hardware will become apparent as soon as you attempt
to use the drive beyond its hardware limits.

Running SETDRIVE without a parameter will produce a output
on the display describing the parameters necessary for
SETDRIVE to do what you want it to.

Running SETDRIVE with a drive letter and a size will change
the default drive parameters for the drive specified to
those of a drive of the size specified.
SETDRIVE B: 720 will change the B drive to a 720K drive even
if it is not physically capable of being that type of drive.

SETDRIVE will work on any floppy disk drive with a drive
letter between A and E. SETDRIVE will change a drive to any
of the following sizes (360, 720, 1.2, 1.4) regardless of
the physical characteristics of the drive. Beware, as stated
earlier SETDRIVE cannot change the physical capabilities of
your floppy drive a 360k drive will always be a 360k drive
no matter what SETDRIVE tells DOS that it is.

SETDRIVE can be used in a batch file or from the command
line. I use it in my autoexec.bat file to change my B drive
from a 360k that DOS mistakenly thinks it is to the 720k
drive that it physically is. SETDRIVE can be used on AT
systems to change the 1.2m drive to a 360k drive when making
floppies for another system such as a XT that only has 360k
drives. (SETDRIVE A 360) When your done making floppies for
the XT system simply type "SETDRIVE A 1.2" to return your A
drive to its full capability. SETDRIVE works equally well on
3 1/2 inch drives. Since I have a 1.4meg drive in my system
but many of my friends have only a 720k drive I use
SETDRIVE C 720 to change my 1.4meg drive to 720k when making
floppies for my friends, and then SETDRIVE c 1.4 to return
it to its full capability.

SETDRIVE will not allow you to change the parameters for
your hard disk so don't worry about losing your valuable
data.

The use of SETDRIVE in a commercial environment or government organization
is granted under the following terms:

1. Payment of the license fee must be made to Ron Neth. The fee
is based on the number of computers which will be used to run
SETDRIVE, as follows:

5. You may make copies of the program documentation, in both its
printed form and machine readable form, without restriction.

6. You may use future versions of SETDRIVE under this license. The latest
version is available from Ron Neth for a $5 service charge.

7. You may NOT modify the program or charge a fee for copying or
distributing the program.

8. It is your responsibility to make the necessary copies and to
deliver them to the computers which they will be used on.

I agree to abide by the terms and conditions of this license.