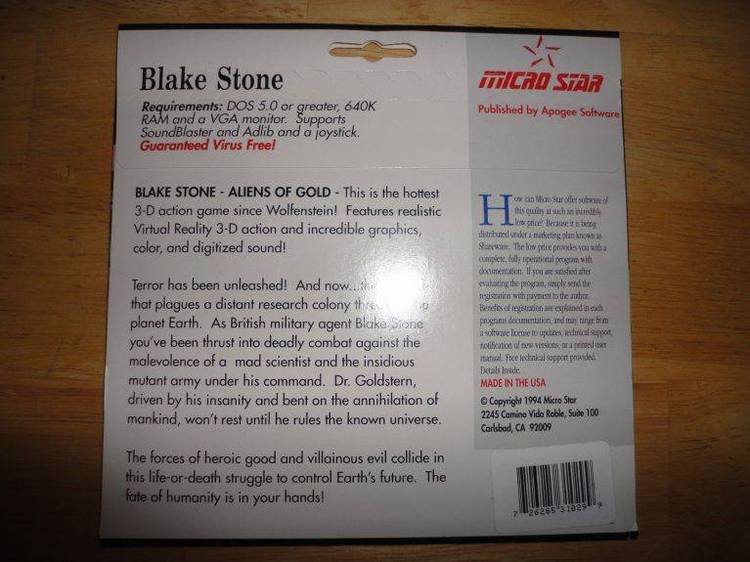 Contents of the SEEMEM.DOC file


The objective of SEEMEM is to display information about the
current use of MS-DOS memory by the operating system, and
resident processes and data.

It is designed to make full use of the new memory facilities
provided by DOS version 5.0, and to provide information similar
to that provided by the DOS utility MEM. However, it provides
this information even when DOS does not control Upper or Extended
memory, and even when HIMEM.SYS and EMM386.EXE are not loaded,
and recognizes UMB's created by other programs, such as
Quarterdeck Software's QEMM386 (for 386 and higher) and QRAM (for
286 cpu's with EMS version 4.00 hardware or Chips and
Technologies Shadow Ram). It works with these programs on all
versions of DOS greater than 1, and on all CPU chips, 8088 and
higher, although the memory detail displayed increases with
increase in CPU version. As of SeeMem version 2.00, it provides
full support for DR-DOS 6.00 also.

SEEMEM was written in Turbo Pascal 6.00, as an exercise in the
use of the Built-In Assembler (BASM). In that connection, all
necessary DOS functions were specifically coded in BASM, as were
all functions which necessarily interface with the extended
memory (XMS) driver provided by HIMEM.SYS, or its counterparts
such as QEMM386.SYS, or QEXT.SYS, or EMM386.SYS or QEXT.SYS.
This completely eliminates the need for the Turbo Pascal DOS
unit, or a unit to interface with the XMS and UMB device drivers.
All the low level functions necessary for this purpose are
included directly in the SEEMEM.PAS file as BASM code, and the
.PAS file is independent and completely self-supporting.

The display output for SEEMEM is in three parts. The first part,
which may include several screen pages, displays every memory
control block (MCB) between Segment 0 and the top of conventional
memory (Segment 9FFFh on a 640k machine), and also between the
top of conventional memory and the start of the High Memory Area
(HMA) if any, or the top of Upper Memory (Segment 0FFFFh). For
each MCB SEEMEM displays its segment address (in hex), its size
(in both Kilobytes and bytes), the segment of its "owner," its
type (e.g. Process or Environment), and its name (if
determinable).

The third part displays XMS information (if a driver is
installed), including XMS version number, revision number, the
XMM Control Vector in segment:offset form, total XMS free memory,
and largest free XMS block. With respect to the High Memory Area
(HMA) SEEMEM shows whether the A20 line is currently enabled,
whether HMA is implemented, whether the HMA is available for use.
If the DOS version is 5.00 or greater SEEMEM also will say
whether DOS is resident in the HMA (DOS=HIGH in config.sys), and,
if so, how much of the HMA DOS has left available for additional
buffers, etc. SEEMEM also displays the location of DOS when it
is located elsewhere (i.e. ROM or Conventional memory).

Seemem does NOT display device driver information loaded under
DOS version 4.xx or higher's "secondary" MCB's, although it will
display such primary MCB's other software may use to load such
device driver's "high" in UMB's if each is given its own MCB.
This was a design decision to avoid "clutter." Plenty of
programs are available to "walk" the device chain and display
this information.

A word about resident code names is in order. Under DOS 2.xx the
name of resident code is not determinable. With DOS 3.xx the
name may be determined from the environment, unless that was
released back to DOS's pool on installation. With DOS 4.xx and
higher an eight character name is inserted in the last eight
bytes of the 16 byte MCB, and therefore is always available.
Some other programs which control UMB's insert the eight
character name in the MCB under any DOS version, but this is not
used by SEEMEM. SEEMEM uses the most detailed information
available. Therefore, if the DOS version is 4 or higher, and the
environment pertaining to the process is still resident, the
program name and extension is taken from the environment
(although the drive and directory information is stripped from
the filename before display).

A full explanation of the XMS and UMB, and HMA standards is not
within the scope of this documentation, however an understanding

of a few of the more obscure facts will help understand SEEMEM's
operation. The "XMS Specification" for extended memory is
similar to the EMS spec for expanded memory. It provides
functions for implementing use of extended memory with handles in
a manner very much the same as EMS does for expanded memory. The
High Memory Area (HMA) is the 64 kilobyte (less 16 bytes) just
above the 1 megabyte limit of the 8086 and 8088 chips.
Obviously, then XMS extended memory and the HMA require a '286
chip or higher. However, through a clever addressing scheme, and
an additional hardware address line, an 80286 or higher can
address the HMA in "real" mode, i.e. as "non-extended" memory.
Although XMS drivers existed before DOS 5.00, and some alternative
DOS-like operating systems allowed the use of this space for some
things, DOS 5.00 now allows DOS itself to be loaded there,
substantially increasing the possible useable memory space in
lower memory previously used by DOS.

Although the protocols and specifications for Upper Memory Blocks
(UMB's) are contained in the original XMS specifications, they
are NOT necessarily part of the XMS driver itself, and in fact
were not implemented by the first MicroSoft driver, HIMEM.SYS.
The XMS specification only provides one control vector however,
so if all UMB calls need be implemented through that vector, a
UMB driver must be integrated with the XMS driver, or must hook
that vector (necessarily implying that it must be loaded after
the XMS driver has installed the vector) unless it is completely
integrated. However DOS 5.00 has supplied interrupt 21h function
calls to manipulate the use of existing UMB's for detecting the
existence, state and governing the rules of use of UMB's, and
these function calls are not dependent on the existence of any
device driver, nor for that matter, the existence of any extended
memory, or a chip higher than that 8088-8086. The thought may
take some getting used to, but this means that UMB's can exist
without any driver or control vector at all. In fact there is at
least one program available which acts as though it were a device
driver, creates UMB's from Chips and Technologies shadow ram,
hands it over to DOS, and then just aborts, itself disappearing
from memory. DOS then owns, and makes available, some UMB's with
no device driver to control them. SEEMEM can even detect this
type of UMB and display its state.

DOS 5.00 provides greatly increased support for XMS, HMA, and
UMB's, and SEEMEM uses all of it, where it is possible to do so.

In order that it may support full display redirection SEEMEM does
not do any direct video memory-mapped display. All display is
through DOS or BIOS. Each screen is paged with a "MORE" line at
the bottom UNLESS the /N ("NO PAUSE") switch is used. The only
other switch available is the help /H or /? switch, which
displays a simple help message. The output may be directed to a
file or a device such as a printer, in which case you will
probably wish to bypass paging also, with the /n switch. As of
SeeMem version 2.00 SeeMem detects this redirection and turns
paging off by itself.

For example SEEMEM /N > PRN would send the output of the program
to the printer for a permanent record. In order to speed the
output slightly the DOS IOCTL function is used to switch to "raw"

output mode, and is returned to its prior state, probably
"cooked" upon program termination. This speeds up output by
eliminating checks for ^S, ^Q, ^C and expansion of tabs, etc., so
you cannot manually pause the program or "break" it. No tabs or
other characters requiring interpretation are used however, so
you should see no difference due to disallowance of "cooked"
mode.

If you insist on a "scrollable" output I have successfully used
the J.P. Software's 4DOS command shell internal LIST command with
SEEMEM to provide this with the following command line:

This provides an output which uses LIST to scroll from top to
bottom.

I have made the source code available in Turbo Pascal 6.0 on the
Borland Support area on GEnie and in the Borland Programming A
area in CompuServe as SEMTP2.ZIP. The program is copyright but
donated to the public domain without any restriction, except
that it be distributed in its original form with appropriate
authorship credit, with no charge other than reasonable fees for
duplication and distribution, including by electronic means. It
is specifically intended and permission is granted for
distribution by commercial electronic sources for their regular
and customary access and membership fees even though they may be
operated for profit.

The basic idea for SEEMEM is not new, of course and all
parts of it borrow heavily upon prior, similar programs. Perhaps
it should be named YAMEM (Yet Another MEMory display program).
Nevertheless it does do some things no other does (that I know
of) and it is a demonstration of Turbo Pascal 6's BASM facility
which clearly shows the practicality of the TP environment for
low level system programming. In fact, I don't think the same
thing could be done in C with faster or smaller code resulting.
Yeah, I know, TP is primarily a shell for the assembly stuff, but
at least it can do that now, and very adroitly, too.