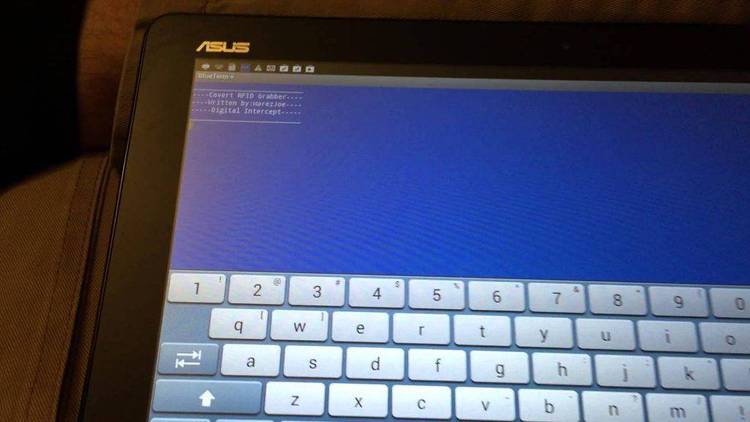 Contents of the REPLAY.DOC file

There are several ways to sell a shovel. You can describe the shovel
and hope the prospective customer figures out what to do with it.
You could go a step further and tell them a shovel is used to dig
holes. But the best way is to tell them that with this shovel you
can dig a foundation for your home, search for buried treasure, plant
a tree, and defend yourself against the evil beings of this world.
Problem is, by telling them what they can do with the shovel you
might discourage them from discovering their own uses for it.

Well, -Replay- is my shovel. As to what it does, it captures your
keystrokes, including the delay between keystrokes, and lets you play
them back in a variety of ways. You can use a "hot key" to play them
back at any time during any program. In this way it acts like a one
key "keystroke expander". -Replay- can also turn your keystrokes
into a file similar to a batch file, so when you want to replay the
keystrokes you just enter the name of the file at the DOS prompt.
But since you're not limited by DOS commands you can create "batch"
files that not only load your application, but can also load the
specific file you want, move to page 3, second paragraph, turn insert
on, etc.. You can also use the included "-Replay- Menu" program to
playback your keystrokes using a point and select menu. The menu
program also lets you view the contents of your "batch" files, delete
them, change their playback speed, add explanatory notes to them,
rename them, and launch them at some later time.

OK, that last paragraph gave you a brief overview of what -Replay-
does, but how would you use it? I hesitate here because I'm sure
I've just scratched the surface on ways it can be used, and I don't
want to discourage you from finding your own applications. But here
are a few of the ways I use it:

Menu program: I used -Replay- to record the keystrokes I use to
start each of my applications. Now I use the Menu program to Launch
them.

Batch files: I don't write DOS batch files any more. Why? I just
start recording the keystrokes using -Replay- and then save them to
file. Next time I run the Menu program all the keystrokes sequences I
saved are turned into "batch" files, and I just use the Menu program
to rename them to whatever I want. No editing, nothing. Just record
and save. And I can do so much more than normal batch files.

Desktop publishing: I not only use the Menu program to launch my
desktop publisher, but if I'm working on a large project I know I'll
be doing for a while, I create a "batch" file that loads the file I
want and then goes to the page I want. In addition, when it comes
time to print, I'm given a whole slew of options that I must select
every time I print a page. Since my responses are always the same I
just record the keystrokes and then play them back using the playback
"hot key".

E-Mail: I belong to Compuserve and each day I go in and check to see
if I have any electronic mail. I used -Replay- to create a "batch
file" of the keystrokes to load my modem program, load the E-Mail
macro, run it, and exit the program. If I want, I could instruct
-Replay- to run this sequence automatically at a certain time so my
E-Mail would be waiting for me when I got to the office.

Keystroke expander: If I have occasion to replay the same set of
keystrokes over and over I just record them and then use the "hot
key" whenever I want to replay them.

Fun: Sometimes I make a "batch file" of recorded keystrokes and
launch it at a specified time when I'm not there but someone else
may be watching. It's eerie seeing a computer going about the
business of writing and editing a letter with no one at the keyboard.

Basically -Replay- eliminates repetitive tasks. Isn't that what
computers were meant to do in the first place?

-Replay- (tm) is copyrighted 1991 by ALT Incorporated. It's being
released as user-supported shareware. This means you're freely given
this copy in order to evaluate it. If after a 21 day evaluation
period you decide to continue using it, you should become a
registered user by sending the registration fee of $25 (add $1 for
3.5 disk) to:

You are encouraged to freely distribute copies of the REPLAY??.EXE
file as long as you don't charge anything for the copies. DO NOT
distribute the individual, extracted, files; only REPLAY??.EXE.

Those using -Replay- in a commercial or educational environment must
register. Site licenses are available, as well as quantity discounts.
Overseas customers please add $10.

* Make sure you've created a new subdirectory for -Replay-. It's
important that the -Replay- files be the only files in the
subdirectory.

* Go to the subdirectory where the -Replay- files are located and
enter "init" at the DOS prompt. The "init" program modifies your
"AUTOEXEC.BAT" file in your root directory to include this
subdirectory (where the -Replay- files are) in the "path" statement.
Your original "AUTOEXEC.BAT" file will be saved as "AUTOEXEC.OLD".
You must run the INIT program or Playback won't work correctly. It
only needs to be run once. DON'T run it every time you use -Replay-.

-Replay- consists of two separate programs, the -Replay- program
which captures and plays back the keystroke sequences, and the Menu
program which we briefly discussed earlier.

-Replay- (RP.COM) is a small TSR (Terminate and Stay Resident)
program. You load it once at the beginning of a session and it stays
hidden until you press one of its "hot keys". Then it goes to work.
When you're done with it, your original program continues as though
nothing had happened.

RP.COM only takes up about 3K of memory, plus whatever you allocate
for the keystroke buffer (more on that later).

To load -Replay- into memory enter "rp" at the DOS prompt. If you'd
like -Replay- automatically loaded whenever you turn on your computer
then put the phrase "RP" in your "AUTOEXEC.BAT" file on a separate
line AFTER the "PATH ..." statement.

When you load -Replay- into memory a few words appear telling you the
"hot keys" that -Replay- uses. (All the rest of the info encourages
you to register. When you do, this info will no longer appear.)
-Replay- has 3 hot keys: one to start and stop recording keystrokes,
one to playback the keystrokes, and one to save the keystrokes into a
file. Although the default values are Alt-R (press the Alt and R
keys at the same time) to record, Alt-P to playback, and Alt-S to
save, you can change these using the Menu program (which we'll
discuss shortly).

When you press the playback "hot key" (Alt-P by default) the
keystrokes in the keystroke buffer will be replayed just as you
entered them, with the same delay between keystrokes.

By the way, you can interrupt the playback of keystrokes just by
pressing any key. This holds true no matter how the playback is
initiated.

Exercise: If you haven't already loaded Playback into memory do so
now by entering "pb" at the DOS prompt. Record a keystroke sequence
(start by pressing Alt-R). Save it (by pressing Alt-S). Play it
back (by pressing Alt-P). Do this with several different keystroke
sequences. It doesn't matter what you record, we're just getting
familiar with the way things work.

So far I've been calling the keystroke files "batch" files because
that's something most of us can relate to. A batch file lets you
group a set of commands into a program you can run from the DOS
prompt. You can also run keystroke files from the DOS prompt just as
you would a batch file but because you're not limited to DOS commands
these keystroke files can continue working right on into the
application. They're actually small .COM files that load the
recorded keystrokes into the -Replay- keystroke buffer and play them
back just as though you were typing in everything yourself.

We will refer to these keystroke .COM files as "Keyfiles". If
things get confusing just remember you can run these "Keyfiles" just
as you would a normal old DOS batch file, assuming, of course, that
PB is loaded in memory.

To run the Menu program enter "Menu" at the DOS prompt. The first
thing the Menu program does is look to see if you have saved any
keystroke sequences since the last time the program was used. If you
have, then they will be converted into Keyfiles. These Keyfiles will
be given a name. The first will be "-B", the second "-C", and so on.

The list to the left of the screen is a list of all the Keyfiles
you've created. Select the one you want by using the up, down, home,
end, PgUp or PgDn cursor keys.

To the right of the screen are three areas. The top area displays
the keystroke sequence of the hi-lited Keyfile. Normal ASCII
characters are hi-lited. Shift states (the state of the Insert,
Scroll Lock, and Caps Lock keys) are enclosed within [ ] and are
displayed only when they change. All others keystrokes are displayed
within < >. For example,