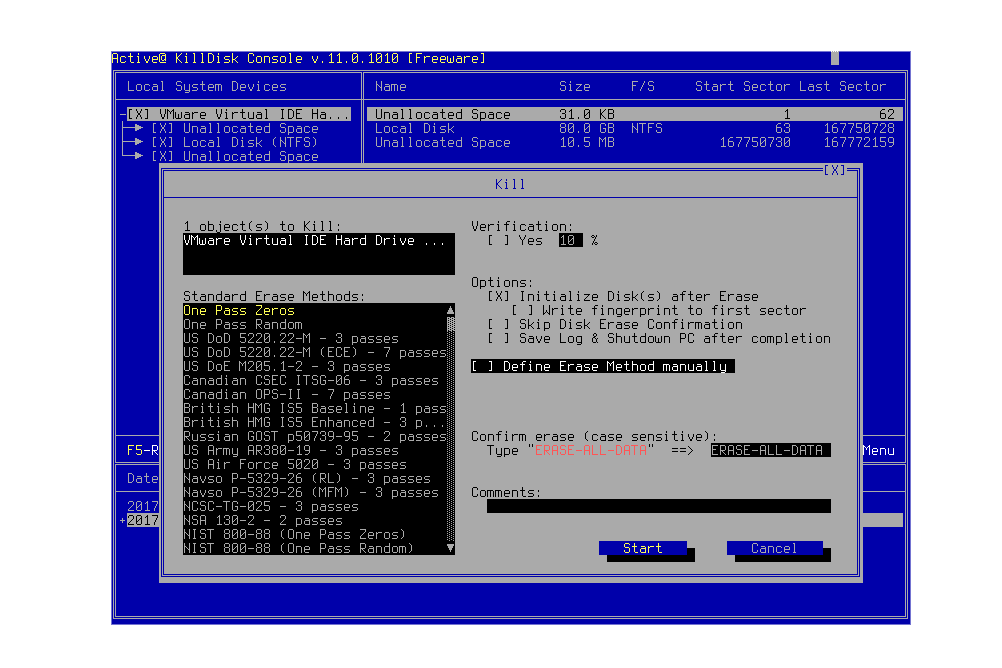 Contents of the REFORMAT.DOC file

REFORMAT, copyright 1986 by Chris Blum, is NOT a public domain program.
It is distributed by the ShareWare method, from person to person or by being
posted on electronic bulletin boards.

REFORMAT is supplied for your personal and private use. It is fine to
freely distribute REFORMAT as long as you follow these restrictions:

1. The program must be supplied in its original and unmodified
form, including this documentation file.

If you find REFORMAT to be useful, a gift ( $5 seems reasonable ) would
be appreciated. Please make any checks payable to:

REFORMAT is a program for quickly 'reformatting' one or more floppy
diskettes. 'Reformat' in this sense means that all files on the diskette are
deleted, including hidden / system files and the volume label if present.
The diskette looks like it has been formatted by DOS without a volume label
or bootable system copied to it. The program was written for my own situation
where I want to clean off about 30 or so diskettes before using them in my
rotation of backing up my hard disk. I use a BACKUP-like utility which will
scratch the files on the diskette if you want, but it takes a long time to
delete them, especially if there are a large number of small files. This baby
does a disk in 2 to 3 seconds, and in just a minute or two I have a stack of
'freshly formatted' disks for backup.

- PC-DOS / MS-DOS 2.0 or later, uses only DOS services
( NOT tied to BIOS or hardware - should run on any MS-DOS machine )
- 16K RAM available
- 1 floppy drive DOS-addressed as A: or B:
- Disks to be 'reformatted' must have been previously formatted by DOS

This program 'reformats' diskettes in drive A: or B: by re-writing the
FAT and root directory. If any areas on the disk were flagged as 'bad' by the
original DOS format operation, they remain flagged after REFORMAT. Note that
only the FAT and root directory are modified - all of the data area on the
disk remains as it was prior to REFORMAT. DOS Delete works the same way, so
this is not unusual, but it does mean that this program should NOT be used to
erase sensitive data files to prevent snooping. As with DOS Delete, someone
with a tool such as the Norton Utilities can still find the information. This
program is just a very quick ( 2 to 3 seconds ) full disk delete program.

The program is written with only DOS function calls and interrupts, and
does not depend on any hardware or BIOS configurations. It does use DOS 2.0
functions, but DOS 1.xx is a dead animal ( dying, at least ). The only real
requirement is that the FAT and directory format be reasonably standard...
that is, 32-byte directory entries and the 12-bit style FAT. The program
reads the FAT and root directory area on the disk, internally 'deletes' all
files by resetting the FAT to 'all available' ( except flagged 'bad' areas )
and the directory to 'empty, unused', and writes the information back to the
disk. This accounts for the speed and also for the above-stated dependency.

The DOS 'Exit with Return Code' function ( '4C' hex ) facilitates use
in a Batch file. If any errors are encountered, a code 1 ( one ) is returned
to DOS. A code 0 ( zero ) indicates successful processing of all diskettes.
I use this in my hard-disk dump procedure to reformat the target disks as the
first step in the process, terminating if any errors occur.

The program is executed as follows:

The program will issue a prompt, waiting for a response of either:

A missing or invalid drive id will show an informational screen and the
program will terminate. Any diskette error will produce an appropriate error
message and terminate the program. Error termination is indicated by a code
1 ( one ) so that a batch file can detect it. Any messages are followed by
a 'press any key to continue' to make sure they are not missed.