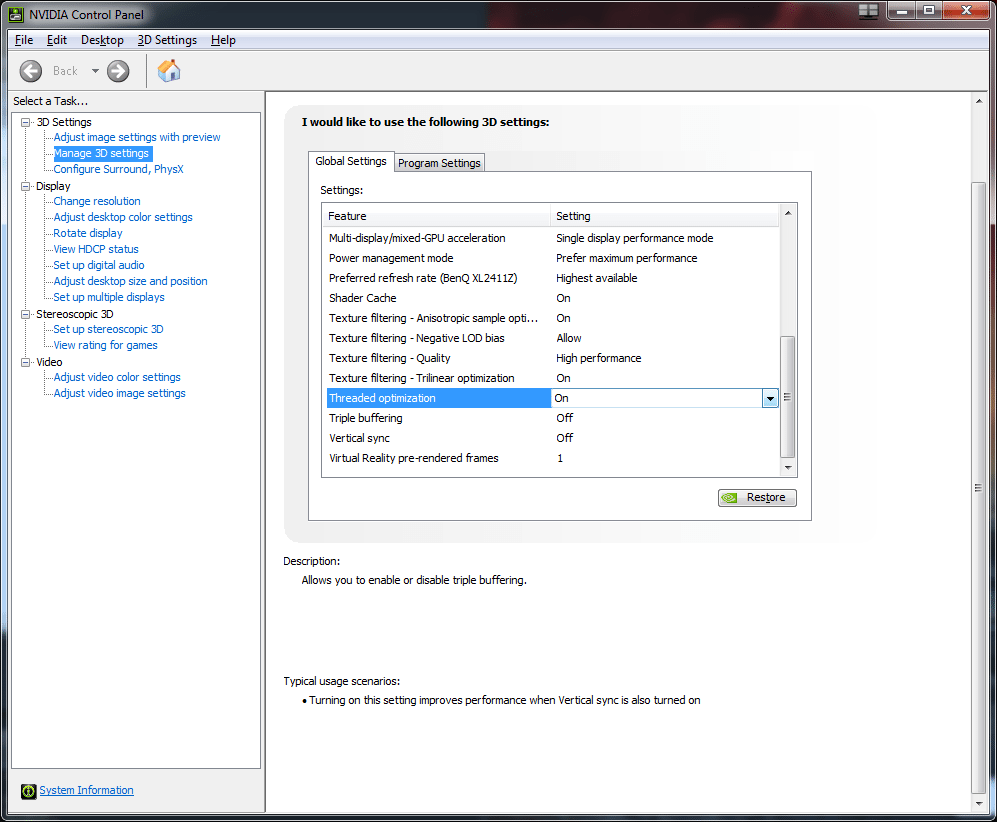 Contents of the RECONFIG.DOC file

RECONFIG is a simple utility to aid in quick reconfiguration of your PC.

I've always had a CONFIG.CLN and a AUTOEXEC.CLN for a bare-bones set-up, a
CONFIG.STD and AUTOEXEC.STD for my standard set-up (lotsa TSRs... mmmm!), a
CONFIG.WIN and AUTOEXEC.WIN for Windows, etc., etc.

At first, I would simply copy (for example) CONFIG.WIN and AUTOEXEC.WIN to
CONFIG.SYS and AUTOEXEC.BAT (respectively... but you knew that, didn't you?)
and do a CTRL-ALT-DEL.

So I progressed to a batch file. But all those IF EXISTs grew tiresome too.
And when I wanted to include the functionality of the first batch file in
another, I had to do some tedious copying... or remember (pre-DOS 3.3,
remember?) "/C COMMAND" or whatever it was.

So I wrote RECONFIG.EXE. Great stuff for a lazy guy like me, but it was 20k
in size (that's QuickBasic for you!), which kinda bugged me.

Enter PDQ, Crescent Software's great replacement library for QuickBasic.
Exit RECONFIG.EXE, enter RECONFIG.COM, 2123 bytes in length. Probably
faster, too, though it's kinda hard to tell -- RECONFIG takes about 1.5
seconds to run on the slowest of machines, and reboots when it's done.
Makes timing it a little tough, were the whole exercise not already
pointless.

Anyway, PDQ has made a lot of my little utilities presentable: they're a
fraction the size (smaller than C) and much faster (faster than C, too --
but don't tell the C programmers... if they find out they mastered that
"mid-level" language for nothing, their heads'll explode.)

But I digress. Here's the real docs:

. copies CONFIG.ext (where "ext" is the extension of the CONFIG file you
wish to reboot to) to CONFIG.SYS;

. copies AUTOEXEC.ext to AUTOEXEC.BAT; and

OK, *three* simple things. Sigh. This is harder than writing the program.

Try to fool it with a non-existent extension, and it'll spit in your face.
Or something like that.

It's hard-coded to copy to and from C:\, 'cause that's where I boot from.
If anyone else finds this utility handy but boots from another drive, then
I'll write another version to take a drive letter on the command line or
check COMSPEC OR something. Realistically, I figure that the intersection
of group 1 (*real* lazy) and group 2 (boots from floppy [ugh!] or from K:
or something) is probably non-existent.

But I've been wrong before. If I am, contact me on CI$.

Brian MacAskill (who doesn't know his CI$ ID by heart 'cause he's lazy and
his scripts to all the heavy stuff, but knows how to get his computer to
find it), 71041,1533.

:QuickBasic
PRINT "Get Crescent Software's PDQ and get near-assembler speed and size"
PRINT " without giving up BASIC's easy programming power."

The preceding was an unsolicited endorsement provided by:

Canadians
For
One
Common
Language 😉