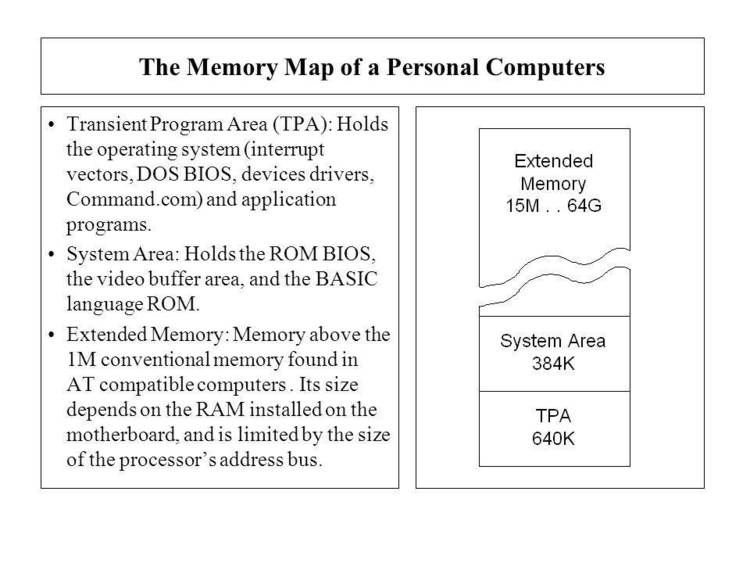 Contents of the MAXDOS.DOC file

These two programs were written to fake out the DOS memory map so that
more than 704k can be used to load programs in a 386 system running
a memory manager which allocates memory to high ram.

This version assumes a monochrome monitor with no graphics ability
taking up 4k at b000. The memory manager will have already loaded
DOS up to 704k and allocated space at b100 to efff so that it can
be used. This program will modify the DOS memory map and show a
dummy application using the 4k at b000.

Note: CHKDSK.COM does not check for total memory, just contiguous
memory. After MAXDOS is run CHKDSK will show 16 bytes less memory
available. This is the memory control block which is reserving the
4k video buffer.

Charlie,
Try loading all the memory residents in low memory and then
use the remaining memory to hirun PCBOARD. It might just work.
I can't say if any of this will work, but I have been running
programs in my video buffer all afternoon. I can't clear the screen
or I zap command.com, but you should be able to handle it.
Keith