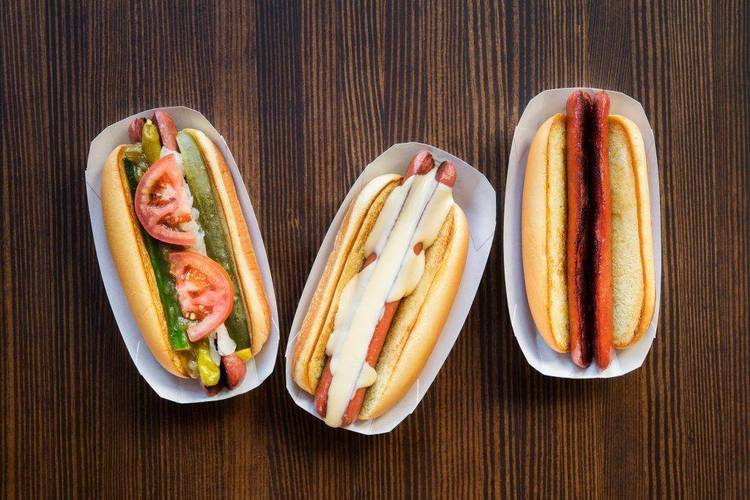 Contents of the HOTDOS.DOC file

THIS IS NOT A DEMONSTRATION VERSION! IT IS THE ACTUAL RELEASE VERSION!
Released into the public domain under SHAREWARE concept -- July 26, 1986

The following documentation describes the operation of HOT-DOS, a small
but powerful program that, with the press of the CTRL-SHIFT -- LEFT-SHIFT
combination, allows any currently executing program to be temporarily
suspended so that a second copy of COMMAND.COM can be loaded and run in
the background (the aptly named HOT-DOS partition.)

NOTE:--USE CTRL-LEFT SHIFT COMBINATION -- NOT LEFT-RIGHT AS IN DEMO!

To exit from HOT-DOS and return to the suspended application program, type
EXIT at the DOS prompt.


The HOT-DOS Version 1.18 package includes 1 program file and this
documentation file. The following list describes each of the options
available as command line parameters when executing HOT-DOS.

'G' or 'g' -- For use on a system using Color/Graphics display. This
program will fully restore any CGA graphics screen at the expense of an
additional 12K memory for use as a buffer. It will not restore an EGA
graphics display, but is compatible with EGA text modes.

'X' or 'x' -- For use on a system supporting BOTH monochrome and
color/graphics displays. This program will activate HOT-DOS on whichever
display is NOT active when the HOT-KEY is pressed. From that point on,
the user can freely switch displays -- HOT-DOS will properly restore the
display that was active prior to escaping to the HOT-DOS partition. This
is an indispensable utility for users who require simultaneous viewing of
two separate screens of data. As an example, I usually run my editor in
the primary DOS partition, then switch to HOT-DOS for compilation. This
arrangement spares the nuisance of exiting and reloading the editor, as
well as allowing viewing of compilation errors simultaneous with editing
the source code.

Both the 'x' and 'g' options can be combined when running HOT-DOS.

NOTE: -- Using the 'x' option of HOT-DOS on a system without a monochrome
adapter will cause a system crash requiring a re-boot.

HOT-DOS uses the value of the environment variable COMSPEC to determine
the path to the COMMAND.COM command interpreter. It will use the value of
COMSPEC that existed just prior to being loaded for the duration of
execution. It is therefore suggested that HOT-DOS be run from an
AUTOEXEC.BAT file AFTER setting the COMSPEC environment variable. For
optimum use, it is suggested the COMSPEC be set to a RAM disk drive. This
will cause HOT-DOS to be run instantaneously with each press of the
HOT-KEY. There will be no delays waiting for COMMAND.COM to be loaded
from floppy or hard disk media. A fragment of code to achieve this from
an AUTOEXEC.BAT file follows: (assume drive E: is a ramdisk)


To load this version of HOT-DOS, use the following syntax:

The parameters may be given in any order on the command line.

1) Do not load any RESIDENT application in the HOT-DOS partition.
Doing so will surely destroy the integrity of the DOS memory allocation
chain. All other resident software must be loaded in the primary DOS
partition.

3) Do not load BASIC in the HOT-DOS partition if BASIC is currently
suspended in the primary partition.

4) If you mistakenly type EXIT at the DOS prompt in the primary
partition, immediately run a CHKDSK on any drive configured in your
system. For some reason, running a CHKDSK avoids problems that occur if
you type EXIT in the primary partition and then immediately escape to
HOT-DOS. This problem has not been traced, but seems to be a bug in the
DOS EXIT command.

5) Previous versions of HOT-DOS required certain care when pressing the
HOT-KEY to avoid crashing the system during critical sections of code
execution. This version has provided substantial security to prevent
these cases. The HOT-KEY can safely be pressed at anytime.

NOTE: -- It is strongly suggested, if not absolutely required, to load
HOT-DOS first among resident applications. In particular, to run HOT-DOS
and SIDEKICK (tm) simultaneously, you must load SIDEKICK (tm) after
loading HOT-DOS.


July 26, 1986
HOT-DOS is hereby made available for general public use without any
limitations. This version is the actual release, it is NOT a demo. It is
being distributed under the SHAREWARE concept. A contribution of $20.00
is requested of satisfied users.

Contributions may be sent to:

If anyone is interested in purchasing the source code, as well as the
exclusive marketing rights to any derivative thereof, please contact me at
the above address to discuss terms.