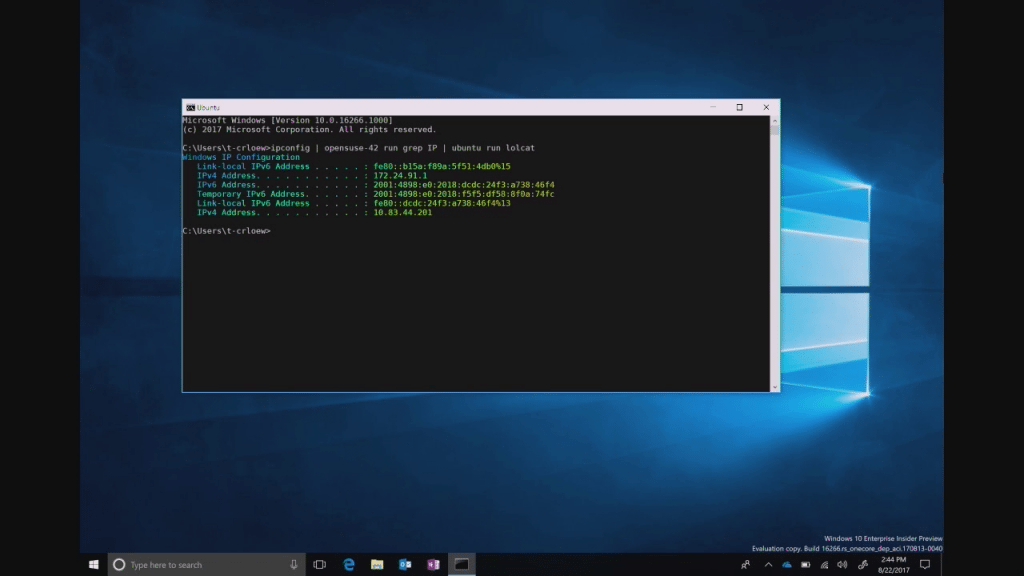 This software and the accompanying documentation may be
distributed freely for noncommercial use.

HISTORY is a history processing terminate and stay resident
program. It provides the ability to recall and edit previous
commands and allows much more sophisticated editing than is found
in the normal MSDOS system.

HISTORY requires about 4700 bytes of memory plus whatever is
required for the history storage.

Entering commands with HISTORY is similar to doing so in the standard
command processor, but there are numerous additional editing
options.

Left arrow - Back one character.

Ctrl left arrow - Back one word.

Home - Go to start of line.

Ctrl Q - Remove any special meaning from the
next character. For example, Ctrl Q
Ctrl H inserts a Ctrl H (backspace)
into the line.

Ctrl T - Delete to beginning of next word.
F10

Ctrl W
F9 - Delete back to beginning of word.

The command will be processed when RETURN or ENTER is pressed.
The cursor need not be at the end of the line.

The real power of HISTORY, however, is in the ability to recall
and edit previous command lines. This is controlled by several
additional command keys:

Up arrow - Recall previous command line. Repeated
application gets successively earlier
command lines. If there is no previous
command line (or it has not been kept
in the history), the bell will sound.
The Ctrl U, Ctrl X, and ESC editing
commands reset the internal pointer to
the end so the next up arrow gets the last
command line executed again.


left after the "w", so typing Ctrl L
again would recall "whatever". If ws
Ctrl L were typed initially, the
"whatever" command would be skipped and
the two "ws" commands would be
recalled.
Down arrow - Recalls the next command (assuming a
previous command has been recalled with
up arrow and is being edited). If
there is no next command, the bell
sounds.

While the editing commands may seem a bit complex at first, a
little playing at the terminal will make them very natural and
easy to use. The Ctrl L command, in particular, is quite
different from the commands found in most editors. With a very
little practice, command line editing with HISTORY becomes almost
automatic and one soon wonders how one lived without it.

HISTORY was written in C and compiled with the Aztec C. Source
code is included. A small assembly language interface is used to
make the program memory resident and communicate with the get
console buffer interrupt. The C code is fairly standard and
should be reasonably easy to convert to other versions. The
assembly language interface will require more work if another C
compiler is used.