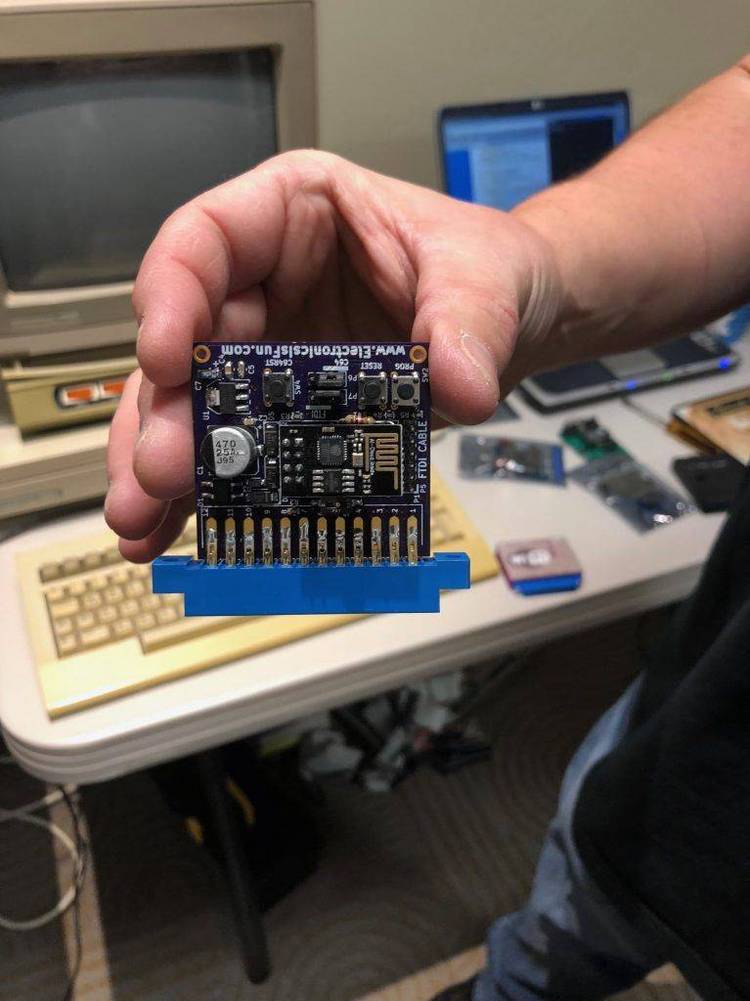 AUTOKEY.COM and KEYCODE.EXE are programs written by Hardin Brothers for
PCResource Magazine. An edited version of AUTOKEY and the complete KEYCODE
appeared in the January 1989 issue of the magazine. These programs were
obtained from the Clone Phone BBS, which is operated by the magazine as a
service to its readers. The version of AUTOKEY that appeared in the January
issue was edited to save space (there were 9 entries in the table called
"code_table" -- see AUTOKEY.ASM).

The entire contents of the January 1989 issue of PCResource is
(c) Copyright 1988 by IDG Communications/Peterborough, Inc.

Hardin Brothers is PCResource's West Coast editor. Write to him at
280 N. Campus Ave., Upland, CA 91786. Enclose a self-addressed, stamped
envelope for a reply. You can also reach him through Compuserve's Easyplex
at 70007,1150.

AUTOKEY performs a similar function as the program I've heard of called
KEYFAKE. Basically, it stuffs the DOS keyboard buffer with keycodes you've
put in a "script" file. A program must be "well-behaved" with respect to
keyboard input to work with AUTOKEY -- MSKERMIT is a good example of a
program which is well-behaved. A sample key-script file is included. Note
that AUTOKEY is case-sensitive when typing special non-printing keycodes
like 'cT'