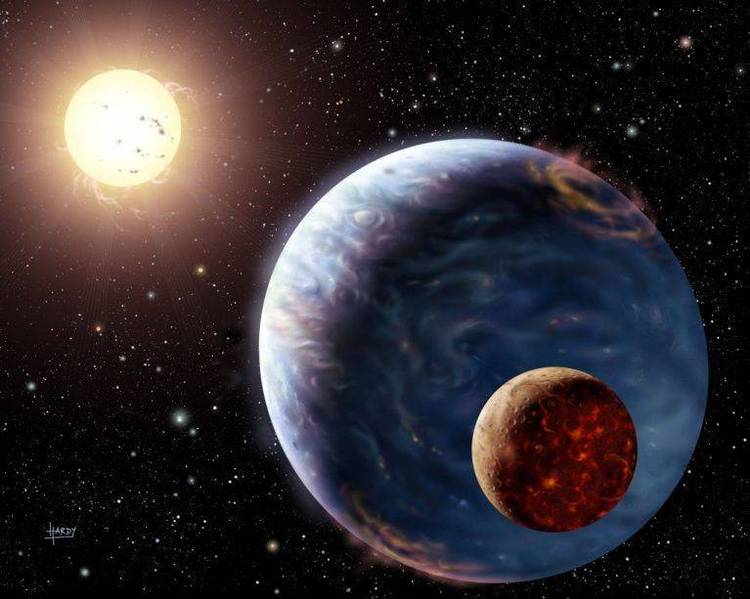 Contents of the WRMKR.DOC file

Nomenclature: WORMWAY - A wormhole that does NOT move or change in
any way. It will always be the same as you initially
find it. Basically a WORMHOLE that is non-changing.
The attributes of a WORMWAY, Whatever they may be, DO
NOT CHANGE. The Television show DEEP SPACE 9 utilizes
a WORMWAY. I made this term up for lack of the *REAL*
term and throughout the document I will use the TERM
WORMWAY as I just described.

Files in Archive:
WRMKR.EXE - The main executable
WRMKR.VER - Version History
WRMKR.BA1 - Example batch file used to call WRMKR with a config
file and host a game on a RAM drive.
WRMKR.DOC - This file. Contains useful information when
"Learning" how to use WRMKR and for trouble shooting.
WRMKR.CMD - Detailed Description of the WRMKR command Line
Switches and common Tips for setting up. Probably
will be the most referred to file when setting up
WRMKR.

Files Used or Created by WRMKR:
WORMHOLE.MKR - The file READ and Maintained by WRMKR.
WORMHOLE.CFG - Allows calling WRMKR from 1 batch file and having
different wormhole configurations for separate
games. Basically it is just the command line
written to a file.
WORMHOLE.TXT - File Used by WORM.EXE and modified by WRMKR.EXE
WORMHOLE.HIS - Statistics of the changes made to the WORMHOLES

Description:
This was designed for the VGA Planets Hosts that want *absolute*
control of the configuration for the games they are hosting.
It is a utility for the creation and Maintenance of Worm holes to be
used IN CONJUNCTION WITH the WORM.EXE utility for VGA Planets. I wrote
this due to having the desire to have certain Worm Holes being
"WORMWAYS" These WORMWAYS could be used as sort of "HYPERSPACE" paths.
A Host could set up certain WORMWAYS between Home worlds of Teams etc..

The WORM.EXE utility allows for the movement of Worm Holes through space
but does not allow for WORMWAYS unless they are ALL WORMWAYS. It also
did not allow the SIZE and Stability of worm Holes to be changed.
WRMKR accomplishes this. It is also configurable to allow the
probability for change of each attribute of the Worm Hole to be
changed, depending on the desired results.

I hope WRMKR is useful to at least a small group of VGA Planets
Hosts out there. It's a bit extravagant for what it does. I enjoy
*playing* with it as much as the end players enjoy what it will allow
me to do with WORM HOLES for them.

Features:
Generates Random Worm Holes
Allows for *WORMWAYS*
Command Line Driven (with Defaults)
Displays the Modified Holes
Totally user configurable probabilities for Worm Hole attribute changes.
Creates a file indicating Stats of the WormHole Changes
Allows for the creation and/or use of a config file so separate games
can be hosted with one batch file.
Supports up to 500 Worm Holes. Even though WORM.EXE has a Worm Hole limit
of 100 when WRMKR was conceived this will allow for WRMKR to continue
being used if WORM.EXE is modified to allow more. (As long as the
author doesn't change the format of WORMHOLE.TXT in the process)

Quick Start:
Make a directory called WRMKR. Make a sub directory below it
called GAME1. Copy WRMKR.EXE to the WRMKR directory.
TYPE: WRMKR GAME1 /?
Then just experiment with the command line switches and see what
happens to the files in the GAME1 directory. Play with it! Especially
before you use it in a game that already has Worm Holes.
Try typing WRMKR Game1 /O /S2
WRMKR GAME1 /N18 /C23 /H1

Usage: TYPE WRMKR /? for a command summary AND read WRMKR.CMD for full
details on the WRMKR command line. Read the rest of this file for
important information covering the intricacies of WRMKR. BUT PLAY
WITH IT FIRST or much of the rest you read will not make much sense.

The program looks in the GAME directory you specify for a file called
WORMHOLE.MKR or WORMHOLE.TXT and if it doesn't find one or the other
you will be prompted for it to make one. If there is a WORMHOLE.TXT
WRMKR will check to make sure that it is NOT in the 10 column Format before
using it. Be WARNED that the check WRMKR does will only test the length
of each line in WORMHOLE.TXT and will only fail it if it is too long.
It doesn't do any checking of the actual format of WORMHOLE.TXT so that
is up to you. ALSO... the WORMHOLE.TXT cannot have any of the HEADER
information in it that describes what the columns of numbers mean.
The 10 column format is created by WORM.EXE and should not be
used by WRMKR. If you already have run worm and want to keep the holes
you have already created then just delete the last 4 columns in each
row and then it should be fine to use. The second set of XY coordinates
must be removed or WRMKR will destroy your WORMHOLE.TXT!!!!!!!
Once you have a WORMHOLE.MKR in the game directory WRMKR does not
look for or care about WORMHOLE.TXT anymore.

After the file is created/read and you have decided how many worm holes
you would like to be WORMWAYS then you can use any ASCII editor
and edit the WORMWAYS to your liking. Since they won't change
you may want to place them manually and edit the stability so that
it is pretty stable (1-5). If, for instance, you use the command
switch /n5 (explained in WRMKR.CMD) you would have 5 WORMWAYS.
The WORMWAYS will be the FIRST 5 lines in WORMHOLE.MKR and
WORMHOLE.TXT.

Screen Output:
In addition to making the file WRMKR will print to the screen some
interesting DATA for you to analyze and allow you to fine tune the
command switches. It will highlight the various attributes of the
worm holes and color code them so you can see how the switches affected
the output. It is pretty self explanatory once you run it except for
one thing. The Potential and Unchanged attributes may need a little
extra explanation. If the Color Code shows the hole as being
"UNSCANNED" then that means it did not get checked. This is where
the /H switch comes into play. If a hole is Color Coded as "POTENTIAL"
it means that the hole WAS checked but that particular attribute was
not changed. It is possible for each attribute in the hole to be
checked and still not have a change made. Change the command line
to include /H1 and see what happens. Also by using /H1 the
statistics will more closely match what you would *think* they
would be. For example if you have the probability of a 1 in 4
size change (/S4) and you have /H1 set then you will see that
close to 1 in 4 holes had the sizes changed. If you have the /H2
set then the figure might be 1 in 16 since there is only a 1 in 2
chance the hole will be checked and then if it is checked there is
still another 1 in 4 chance the size will change. /H is just a fine
tuning switch and provided for flexibility. Play with it.

The Command line switch used to start WRMKR is displayed.
If no Command Line is used it will tell you the defaults were
used. If the Config File was used it will tell you that also.
The WRMKR defaults are displayed.
A legend of the Color Codes is displayed.
The new WORMHOLE.TXT is displayed as it is generated.
Statistics are displayed showing lots of things.
The Stats are in 4 column format.
The first column is the Name of the Stat.
The second is the actual number of the item that was changed.
The third is the percent of that item that changed per the total
number of that item in WORMHOLE.TXT
The fourth is as above but indicates the "1 in X" number that were
changed. (May be more helpful when trying to fine tune the switches.)
WORMWAYS are not included in the calculated statistics you see. Potential
holes ARE included in the statistics.

Errata:
3 files are created by WRMKR. WORMHOLE.MKR is the file used by WRMKR
to process the wormholes. IT MUST BE THERE. It is created the first time
you run WRMKR and if it is deleted you will need to change WORMHOLE.TXT
to the proper format as discussed earlier or delete it all together so
WRMKR can make a new one. WORMHOLE.HIS is also created. It is renewed
every time WRMKR runs and lists some statistical information about what
was changed in the WORMHOLE.TXT so you can see what happened and don't
have to be watching at the time. If you want to manually change the Worm
Holes then you should edit WORMHOLE.MKR. Changes to WORMHOLE.TXT have no
affect on WRMKR if WORMHOLE.MKR is present.

Basically WRMKR just copies WORMHOLE.MKR (which it directly modifies)
to WORMHOLE.TXT which WORM.EXE reads and Modifies. I haven't noticed
any problems in doing this as WORM.EXE just *thinks* (as far as I know)
that the WORMHOLE.TXT is a new one and goes on about it's business of
putting it into the format it likes.

Cost:
There is no FEE requested but if you have comments or would like
to see a change in this or my other utility "TEAMGEN" then please
give me a call and let me know what you think. There is also
no guarantee that this will do anything but take up space on your
drive. It has not been "thoroughly" tested so you should back up your
important Game files before running it, as with any new utility you try.

I have a few more Programs I'm going to be working on as I have time
and if you have any suggestions for programs let me know. Be glad to
hear them. Call and leave your Comments...

Worm Maker is Freeware but it is NOT in the Public Domain.

(I use a Call back verifier and it won't dial long distance. Send
me a SASE via SNAIL MAIL and I'll pre-register you. All I need is
your REAL NAME. Once I get the SASE I'll send a password and give
you full access to the BBS)