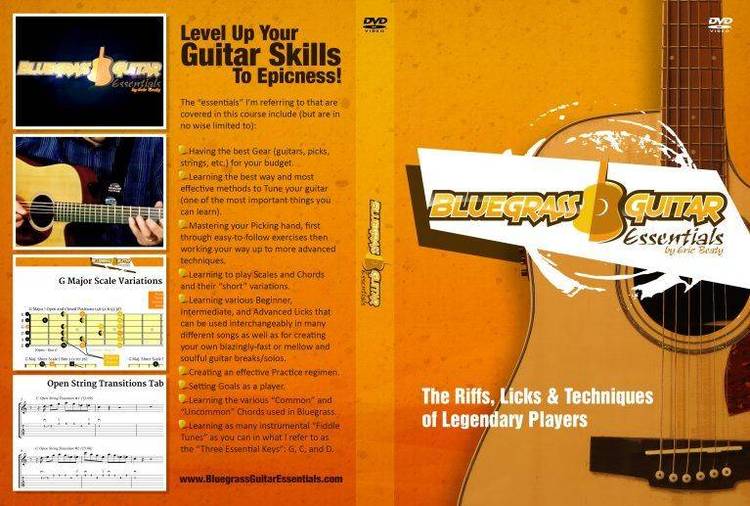 Contents of the GUITAR.WRI file

This program is being distributed under the BeggarWare concept. I'm handing it out to anyone that wants it. Use it without any formal obligation to the author, except that you can't sell it to anybody. I've obtained alot of Public Domain stuff in the past from various BBSs, so here's another attempt on my part to contribute back to the cycle.

If you like the program and feel that you've received some benefit from it, (and you feel charitable) you can contribute $5.00 to my Foster's Beer fund ("It's Australian for beer, mate." $5 is the going rate for a six pack in these here parts).

This program requires Microsoft Windows 3.0 to run. When the program is started, a guitar neck is displayed. You can toggle between an expanded view (default) or showing the entire neck at one time. You'll notice that on a real guitar, there are fret inlays at the 3rd, 5th, 7th, etc., positions. These are shown here as white filled rectangles. The 12th fret has two stacked rectangles. Above the guitar neck, the frets corresponding tho the inlays are labeled to give you a quick reference.

The notes corresponding to the C Major scale (Ionian mode) are displayed (default), showing a complete map of the scale in that key for the entire fretboard. The numbers represent the scale degrees (note positions in the scale) for the selected scale or mode.

In the Expanded mode, a horizontal scroll bar appears at the bottom of the screen. Use this to slide up and down the neck. If you click on the arrows, it moves about 1 1/2 frets in the direction of the arrow.

Below the guitar neck are a few comments such as the selected key signature and mode. I also tell you how the scale is constructed, using the notation of:

So the Ionian mode (major scale) is constructed as follows:

Note: When you choose a scale that has a 5th and a flatted 5th, like the Blues Scale 1 for example, you'll see the number 5 listed on adjacent frets. The first instance is the flatted fifth, the second is the fifth. I labeled the scale degrees as integers not characters, so that's one of the little problems I encountered after I designed the data structures, wrote a whole bunch of code and then wanted to add that scale. As long as you're aware, that shouldn't be too much of a problem. I'll fix that in the next revision.

The KEY submenu contains the 12 chromatic notes in western music scales. Select the key signature that you want from this menu.

The MODE submenu contains the list of scales and modes.

FILE lets you print the window, exit the program, and see the About box. I've tested the print capability with an Apple NTX II Postscript compatible printer. For best results on any printer, I suggest you run the Windows Printer configuration program and put your printer in Landscape mode. This image is compressed as hell in Portrait mode.

You can print from either the expanded or the full display mode. In expanded mode, the program will print the view you have on screen. So if you're intrested in the 12th fret region, put that area on screen before you print.

DISPLAY lets you toggle between an expanded mode and a full view mode.


How to Get the Most Out of this Program:

Rather than trying to memorize the fretboard by brute force, try a different approach. Select the key of A and the Blues Scale 1. This scale is the Aeolian mode (natural minor) with an extra note, a flatted 5th, thrown in. It's pretty easy to learn.

Look at how you would play an Am bar chord with the root note on the sixth string (this is known as a Root 6 chord). Your index finger is on the 5th fret when you form that chord. Your pinky and ring finger are on the 4th and 5th strings at the 7th fret. This is a bar chord constructed on the Em open chord form. Now the region starting at the 5th fret and extending to (and including) the 8th fret, represent a "Box" position. As a 1st attempt, learn the scale just in that position. Visualize the scale in relation to how you form the Am bar chord. That way you can shift up and down the neck and play any minor bar chord with the root on the 6th string using the same pattern. Some of the important notes are the ones you use to make the chord.

Now what if you want to play the Am chord with the root note on the 5th string (known as a Root 5 chord) instead of the 6th string. You would play this chord on the 12th fret using a bar chord constructed from the Am open chord form. The Box position is the 12th fret to the 15th fret. Learn the scale in this position. Once again, focus on the notes in the scale in this position and the way you make the chord.

How do you connect the two Am chord forms? Starting with the Root 6 box position, and the root note on the 4th string/7th fret, play the following pattern (grouped by string):

Now take a look at where you are. You're on the 12th fret which is where you form the Root 5 Am bar chord. You've connected up 1 octave.

You can connect up to the Root 6 Am bar chord on the 17th fret with this pattern (starting with the Am Root 5 bar chord box position):


Applying this to Chord Changes:

This stuff also applies to different chords as well. If you want to solo over a Root 6 Cmaj chord to Root 5 Em chord, use the program to learn the notes in the Root 6 Cmaj box position. You've already learned the Root 5 minor box position (the pattern from the Am at the 12th fret above). Now when you solo, choose the notes from the Cmaj box when you're on that chord, then switch to the Root 5 minor box when the chord changes to Em.

All you have to do is make sure that the lick you play has a smooth transition (sound) when the chord changes. This can be achieved by selecting a note that is common to both patterns when the change occurs, by bending the string to change the pitch from a note in the Root 6 major box to one in the Root 5 minor box, or sometimes by playing a 7th note and dropping a half step (this only works if the drop in half step results in a note that belongs on the new scale), or by not actually playing anything when the chord changes. Silence can be useful. So who says you have to continually play notes.

I still developing a wish list for future additions. One is utilizing the font capabilities in the installed printer. I'm not real happy yet with the way the comments print out on the screen or the printer. I want to add a printer setup menu to this program so that you don't have to go to the control panel and set Landscape mode. I also want to add the Box position outlines, so that you could ask for a Root 6 or Root 5 chord and get a border drawn around the notes within that box position.

Version 2.1 : In the major revamp of the code between versions 1.0 & 2.0 I left one line of code in the program that seemed innocuous, but in reality, disabled the printing function for most printers. Version 2.0 worked fine for an Apple Laserwriter NTX (what I used to test the program), but not for an HP Laserjet and most dot matrix printers. That is now fixed.


I also changed the printout so that a white filled retangle would be placed under the scale degree labeling on the fretboard. People with dot matrix printers can now read the output. The comment section and program title now print on the page when you're in expanded mode, regardless of where you position the scroll bar. In version 1.0, the comments printed only when you dumped the screen image with the scroll position all the way to the left.

Version 2.0:Added the Full View and Zoom mode with horizontal scrolling. Streamlined the code to improve the overall size of the program. Improved the display to make it easier to read.

I hope you get some benefit from this program. If you have any comments, suggestions or you want to contribute to my well being, I can be contacted at the following: