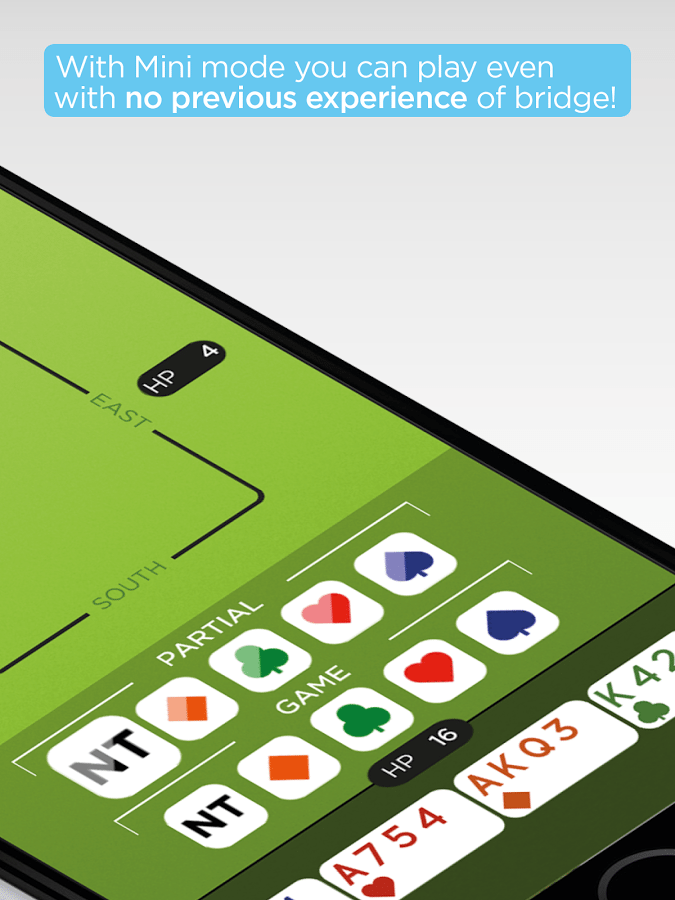 Contents of the BRIDGE.DOC file

BRIDGE.EXE requires an IBM compatible computer with a COLOR monitor. If a
MOUSE is present in the system, it is automatically supported. The MOUSE
is used by placing the cursor on the character to be input and clicking
the LEFT button. In general, all the input prompts in the program can be
answered using the MOUSE (with the exception of the contract bidding
routine).

The program bids, plays and scores rubber matches of Contract Bridge.
You will always bid and play the SOUTH hand, and if NORTH-SOUTH are
declarers you will play both hands. Hands are evaluated according to
the Goren Point-Count method. The following special bidding conventions
are recognized:

The Short Club is used as a last resort to show opening points. The
program can open a biddable 4 card major suit, and can use NOTRUMP as
a signal bid. Only strong 2 openers are recognized. Abbreviations used
for the bidding are as follows:

Press [RETURN], or click the LEFT MOUSE button, to make the computer
bid for you. Enter a question mark [?] to see an estimate of the best
contract. The current rubber score may be viewed by entering the word
[SCORE]. Enter [Q], press [ESCAPE], or click the RIGHT MOUSE button to
quit the bidding and allow a new deal. An illegal bid causes an error
message and a prompt to bid again.

Your partner, NORTH, will bid each hand so that game may be produced by
the most economical feasible contract. Enter [B] to make the computer
ignore the partial score during the bidding of a hand. Note that the
suggested contract may change as the bidding develops, and that partners
may not reach the best contract. Also, the program may deviate from the
bidding conventions if unusual distribution or a poor fit is indicated.

Press [RETURN], or place the MOUSE cursor in the CENTER REGION of the
screen and click the LEFT button, to make the computer generate the play
for you. Enter [L] to automatically follow suit with the lowest card in
your hand. Enter [H] to automatically follow suit with the highest card
in your hand. Entering a question mark [?] will show you an estimate of
the best card to be played. Enter [V] if you would like to view all the
hands during play.

After each trick has been played you will see the prompt PRESS [U] TO
UNDO OR ANY OTHER KEY TO CONTINUE. This gives you the opportunity to
replay the trick without affecting the scoring. Enter the word [SCORE]
to review the rubber score. Entering [Q], pressing [ESCAPE], or clicking
the RIGHT MOUSE button will terminate the play without scoring the
contract.

After the contract is finished, the hands may be REVIEWED and/or
REPLAYED. The hands in a REPLAY may be ROTATED by assigning them to
different players. If you replay a hand note that only the original
contract will be scored.

At any point in a rubber you can return to the Main Menu to review the
INSTRUCTIONS, SAVE a hand to disk, SHELL to DOS, etc. When you select
"(P)lay Contract Bridge" again, you will be returned to the next deal
in the rubber with the score intact.

Hands can also be ENTERED from the keyboard and replayed. You will be
prompted for the SOUTH, WEST and NORTH hands. Press [RETURN] alone to
change suits, and press the appropriate character key to select a card.
To use the MOUSE, click the LEFT MOUSE button to change suits. Then
place the cursor on the desired card character at the bottom of the
screen and click the LEFT button. The EAST hand will be filled in auto-
matically with the remaining cards.

Hands can be SAVED to disk in a specified directory. You can use any
legal DOS file name. When a hand is LOADED from disk, the rubber score
is loaded as well. Rubber scoring is continued only after a new hand is
dealt.

Depending on your machine, the speed of the game may be too fast for
your liking. Entering [S] when it is your turn to bid or play will cause
the prompt PRESS ANY KEY TO CONTINUE to appear after each player bids or
plays, effectively allowing you to control the pace of the game. Enter
[F] to make the program return to its normal fast mode of play.

As to the level of play to expect, the program is best suited for rec-
reational players who enjoy informal games of Rubber Bridge. The bidding
and play are NOT at the tournament level, but most players should find
themselves both challenged and entertained by the program.

Although BRIDGE.EXE is not a tutorial on how to play Contract Bridge, it
is quite possible to learn to play the game using the program and a good
book on Bridge. Many such books may be found at your local book store.

CONTRACT BRIDGE is distributed as Shareware. Feel free to share the
program and its files with others. However, if you continue to use
CONTRACT BRIDGE, you must register the program by sending $15.00 US to:

When you register, you will receive the latest version of CONTRACT
BRIDGE, a free instruction manual, one free upgrade to any future
version, and three months of technical support by telephone or E-Mail.
Please register today!