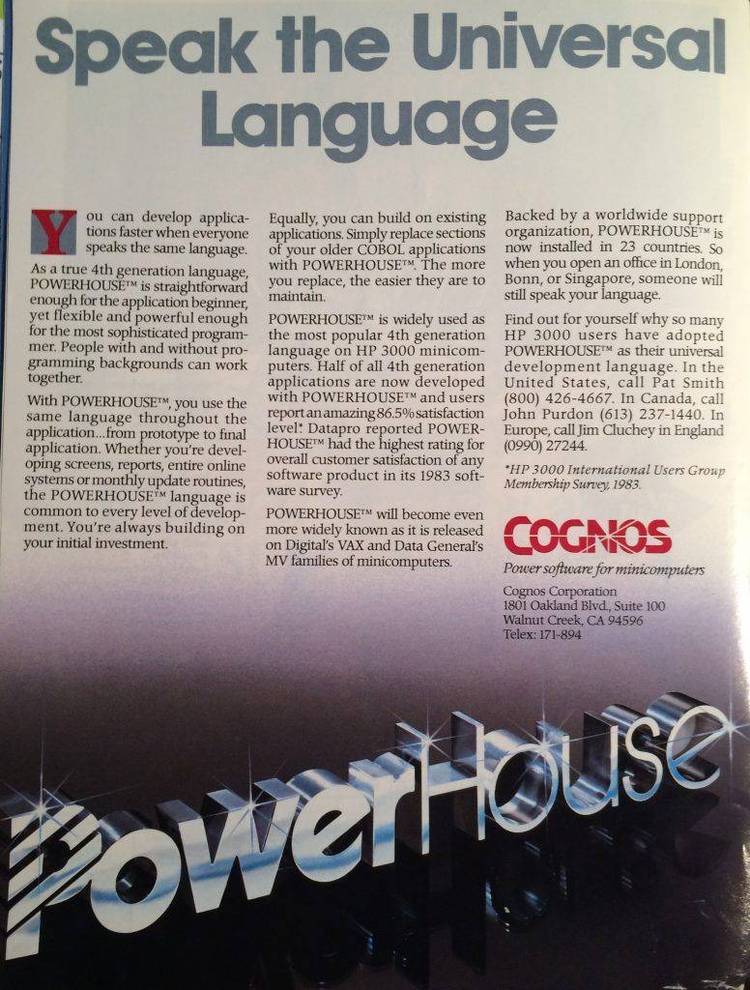 Contents of the PERL-RK1.TXT file


System administrators often find themselves in the position of being the
local expert on the entire gamut of UNIX tools: awk, sed, shell scripts, and,
of course, C. Each of these has its strengths and weaknesses, along with
various quirks.

Larry Wall (famous for authoring patch) has written another fine program.
This one, a complete interpretive language, is called PERL. PERL stands for
"Practical Extraction and Report Language". I combines all the best features
of C, sed, awk, shell programming, database access, and text manipulation
into one giant, kitchen-sink language.

In this column, and some of those that follow, I will give an overview of
PERL. The presentation will include the subset of PERL that seems most
useful to me at this time. PERL's occasional obscure constructs will not be
mentioned. You should read PERL's reference manual to get a general feeling
of its power.

PERL has many fine features for attacking those one-time adminisrative
programming tasks that appear so frequently in our profession:

It's easy to learn because it's very similar to other UNIX tools.

Because it's an interpreter, it can make program development incremental
and very fast.

It seems to execute programs much more quickly than its associated tools
such a sed or awk.

Since it's much richer than any of the other tools, hacks and kludges are
hardly every necessary.

As an interpreter, it's available across a large number of architectures.

It has few arbitrary limits (there are no limits on lengths of strings, for
instance).

It fits nicely into the UNIX tool-and-filter philosophy.

PERL is easy to obtain. It is widely distributed on the comp.sources.unix
newsgroup and can be found in the newsgroup's archives. It is also available
from the archive servers uunet.uu.net [192.48.96.2] and
tut.cis.ohio-state.edu [128.148.8.60].

PERL has three fundamental scalar data types: the numeric type, which
combines both floating-point and integer formats (such as 0, 3. 14159, -7.5,
and 1.8e9); the boolean type, in which 0 represents false and 1 represents
true; and the string type, exemplified by strings surrounded by double quotes
that expand internal variable names (such as "There are $count pigs."), or
single quotes that don't expand internal variable names (such as 'Red
House').

All referneces to scalar variables in the PERL language are of the form
$name, where name is the variable's name. Here are some typical examples of
variables in a PERL program file (note the use of # for comments):

PERL resembles awk in that variables are typed by their most recent
assignment and require no previous declaration. They sort of "spring into
being" upon reference. One rarely sees the error message "undefined
variable" in PERL. Like global variables in BASIC and C, PERL variables are
initialized to 0, false, or the null string as appropriate.

PERL's output can be string-orineted, just like awk's. You must explicitly
insert newlines, as in C. The canonical example is:

You could put this line in a file (hello.perl) and invoke PERL with the
file's name:

or use PERL's #! feature and include an extra line in the program file:

and invoke the program as its filename alone:

You will probably tire of using the .perl extension as your confidence in the
language grows.

Vectors are one-dimensional and are indexed from the value of the scalar
variable $[ through to the highest element assigned. You can change $[ to
move the lowest bound from 0 (its default) to 1, as in FORTRAN, or to any
other integer. Vectors, like scalars, do not require declarations.

Vector elements are accessed nand assigned) as $name[index]. The vectorhs
index must be numeric when using vectors, but not necessarily when using
associative arrays (described later).

You can denote all the elements of a vector by prefixing its name with a @.
Here are some typical vector-assignment statements:

PERL automatically copies a program's arguments into $ARGV[0] through to
$ARGV[$#ARGV]. Note that this differs from C's use of the highest index,
which is usually not defined. Further note that $ARGV[0] is the first
argument, not the invokved program name as in C.

PERL also supports associative arrays. Each element contains a scalar and is
addressed by an index that can be any scalar or, for multidimensional arrays,
a comman-separated list of scalars. Names of associative arrays also prefix
their name with a $ but curly braces ({}) surround the index (or indices).
You can access entire associative arrays by using the prefix %. Here are
some typical associative-array assignments:

The variable names prefixed by $, %, and @ take just a bit of getting used
to. Here's another simple example:

Here's a tricky one:

Mentioning frogs in an array context (@frogs) makes the assignment an
aggregate one, with elements going to both the green subscript and the blue
one.

$0 - the name of the currently executing script;

$. - the current line number of he last input;

$[ - the index of the first element in a vector.

There are a host of others.

@_ - the default line for many PERL functions (for instance, @_contains the
input arguments to a user-defined function);

There are several more of these kinds of variables in PERL.

Here's an example that demonstrates some of the special variables:

which, when run, produces:

Note that PERL has a for statement just like C's. We'll cover the control
statements later.

PERL uses all of C's operators except the type-casting and address operators
(& and *). Additionally, PERL has:

Note that the string must be on the left and the count on the right.

PERL uses next and last instead of C's continue and break. In fact, you can
label a looping construct and use next or last to refer to a particular loop
(instead of some enclosing loop):

I most often use PERL's line-oriented I/O capabilities. PERL also has the
ability to read binary files (such as /etc/utmp). PERL uses file handles to
reference various paths to I/O. The file handles are in their own namespace
but by convention are almost always written in upper-case letters. File
handles are very similar to file identifiers (fids) used in C and UNIX
programs. They are an identifier that can specify which file to use for
various I/O operations.

If this statement succeeds, the SCRATCH file handle will reference the file
/tmp/scratch that has been successfully opened for reading. the open command
returns 1 when it succeeds in opening a file (although pipe opens return
other numbers).