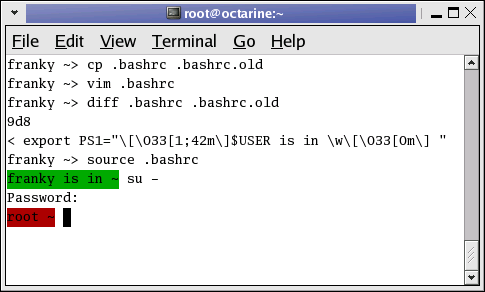 PD-ksh is a mostly complete AT&T ksh look-alike (see NOTES file for a list
of things not supported). Work is currently underway to make it fully
compatible with both POSIX and AT&T ksh (when the two don't conflict).

Since pdksh is free and compiles and runs on most common unix systems, it
is very useful in creating a consistent user interface across multiple
machines. For example, in the CS dept. of MUN, pdksh is installed on a
variety of machines including Suns, HPs, DecStations, pcs running Linux,
etc., and is the login shell of ~3700 users.

PDksh is currently being maintained by Michael Rendell ([email protected]),
who took over from Simon J. Gerraty ([email protected]) at the later's
suggestion. A short list of things that have been added since the last
public pdksh release (4.9) are auto-configuration, arrays, $(( .. )),
[[ .. ]], variable attributes, co-processes, many POSIXisms and many bug
fixes. See the NEWS and ChangeLog files for other features added and bugs
fixed.

Note that pdksh is provided AS IS, with NO WARRANTY, either expressed or
implied. Also note that although the bulk of the code in pdksh is in the
public domain, some files are copyrighten (but freely distributable) and
subject to certain conditions (eg, don't remove copyright, document any
changes, etc.).

Files of interest:
NEWSshort list of noticeable changes in various versions.
CONTRIBUTORSshort history of pdksh, people who contributed, etc.
NOTESlists of known bugs in pdksh, at&t ksh, and posix.
PROJECTSlist of things that need to be done in pdksh.
BUG-REPORTSlist of recently reported bugs that have been fixed
and all reported bugs that haven't been fixed.
etc/*system profile and kshrc files used by Simon J. Gerraty.
misc/README*readme files from previous versions.
misc/Changes*changelog files from previous versions.
os2/*files and info needed to compile ksh on os/2.

Compiling/Installing:
* edit options.h and define/undef the options therein.
* run configure: this is a GNU autoconf configure script that will generate
a Makefile and a config.h. Some of the useful options to configure are:
--prefix=PATH indicates the directory tree under which the binary
and man page are installed (ie, PATH/bin/ksh and
PATH/man/man1/ksh.1).
The default prefix is /usr/local.
--exec-prefix=PATH overrides --prefix for machine dependent files
(ie, the ksh binary)
--verbose show what is being defined as script runs
Note that you don't have to build in the source directory. To build
in a separate directory, do something like:
$ mkdir objs
$ cd objs
$ ../configure --verbose
....
$ make
See the file INSTALL for a complete description of configure and its
options.
* miscellaneous configuration notes:
* If your make doesn't understand VPATH, you must compile in
the source directory.
* On DecStations, MIPS and SONY machines with older C compilers that
can't handle "int * volatile x", you should use gcc or turn off
optimization. The problem is configure defines volatile to nothing
since the compiler can't handle it properly, but the compiler does
optimizations that the volatile is meant to prevent. So. Use gcc.
* On MIPS RISC/os 5.0 systems, sysv environment,