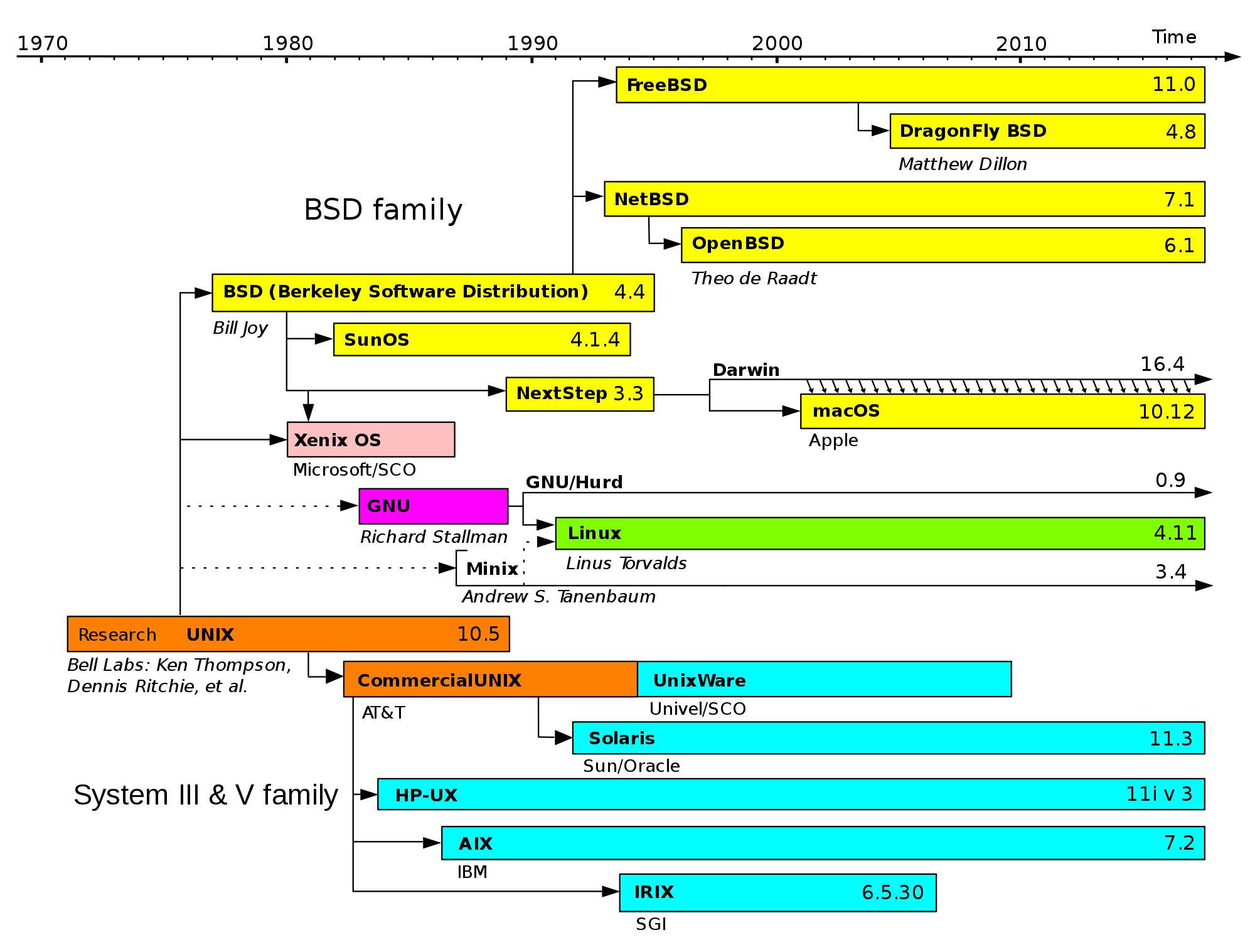 Things to do first:

1) Figure out what files you need. There is a shell archive
called "Unixpc.shar" that contains additional (and replacement)
files for users of the AT&T Unix PC 7300/3b1.

2) Create a default directory where the Pcomm support files will
go. A good location might be /usr/local/lib/pcomm.

3) Copy (and rename to change the upper case 'P' to lower case)
the four sample support files Pcomm.dial_dir, Pcomm.extrnl,
Pcomm.modem, and Pcomm.param to the default directory. The
files should *not* have write permission to all. Please
remember these are just sample files...

4) Copy (and rename to change the upper case letters to lower
case) the on-line manual pages Pcomm.1, Waitfor.1, Matches.1,
and Modem_break.1 to the proper /usr/man directory.

5) Print the Doc file by piping the output of the Unix "pr"
command with the title separated by lots of white space (to help
center it), for example:

1) Edit the "config.h" file to suit your system's needs and your
personal taste. Sites running HoneyDanBer (HDB) UUCP should pay
particular attention to the LOCK_DIR, ASCII_PID, and SETUGID
definitions. The definitions in config.h are:

BSDDefine if you're using a Berkeley flavor of Unix.
You will have to edit the Makefile in several
places.

UNIXPCIf defined, use the dial(3) routines specific
to the AT&T Unix PC 7300/3b1. Useful only if
the On Board Modem (OBM) is to be used.

OLDCURSESIf defined, use the older version of curses(3).
(uses termcap in lieu of terminfo).

SHAREDMEMIf defined, keeps the virtual screen area in
shared memory rather than in a file.

SETUGIDIf defined, extra precautions are taken before
opening files or doing a shell escape to restore
the real UID/GID. Useful if Pcomm is installed
as a set-user-id or get-group-id program. HDB
programs often are set-user-id to uucp.

LOG_CALLSIf defined, Pcomm will keep an administrative log
of all calls. The log contains the name of the
person making the call, the phone number, and a
date/time stamp. Useful for verifying long
distance phone bills.

LOGFILEThe path to the log file (if LOG_CALLS is
defined). It should have write permission to
all or be writeable under set-user/group-id
conditions.

GROUP_NAMEThe name of the group that is allowed to make
long distance calls (if LIMIT_LD is defined).

LPRThe path to the line printer program (this is
not the name of the device).

LPRINTThe path to the "pretty" line printer program.
Typically a program that performs a "pr | lp"
function. If none exist, use "pr | lp".

DEFAULT_DIRThe path to the directory that contains the
default Pcomm support files.

LOCK_DIRThe path to the directory where the UUCP lock
files are found. On HDB systems this could
be /usr/spool/locks or /usr/spool/uucp.

ASCII_PIDIf defined, the lock files will contain an ASCII
encoded process id (PID). On HDB systems this
is the default.

XENIX_LOCKSIf defined, the last letter of the device name
is folded to lower case when creating the lock
file. Newer version of XENIX may require this.

KEEP_PORTIf defined, the port will be kept open between
dialing attempts to save time. Some systems
may require the modem to be closed and reopened
every time.

XMC_BROKEDoes the status line scroll up when using "magic
cookie" terminals? Some Pyramid and AT&T
systems may require this to be defined. Find a
magic cookie terminal (a Wyse 50 for example),
and see what happens.

WGETCH_BROKEDoes the alarm() system call work correctly with
the wgetch() function? Some Masscomp systems
will require this to be defined. Symptom: the
initial screen doesn't go away by itself after 5
seconds.

CLIST_SIZThe size of the serial port character buffer.
The default is 64.

INPUT_BUFThe size of the input buffer (should be about the
same size as CLIST_SIZ). The default is 64.

OUTPUT_BUFThe size of the output buffer (should be about
one half INPUT_BUF). The default is 32. Systems
without dedicated I/O processors may require a
very small INPUT_BUF value to avoid the problem
of a "choppy" display.

MEMMOVEThe name of the memory copy routine (if none,
then use "#undef MEMMOVE"). The default is
"memmove", although quite a few versions of
"memcpy" will work (if they correctly handle
target and source overlap).

SETUID_BROKEDoes your version of Unix allow you to flip-flop
back and forth between the real and effective
user (or group) ID? Some Masscomp systems will
require this to be set.

2) Edit the Makefile. There are provisions in the Makefile to
include getcwd(3) and getopt(3) routines if they are missing
from your system. You may want to customize the CFLAGS,
LDFLAGS, and BIN assignments to suit your needs.

If compiling under Berkeley Unix, you will have to edit the
Makefile on the following lines:

All the defaults in config.h assume a AT&T flavor of Unix, sorry
about that...

3) Compile pcomm and pcomm_input. Type "make". The "make
install" option will attempt to copy "pcomm" and "pcomm_input"
into the BIN directory given in the Makefile. However, those
sites running HDB UUCP software may require that you to change
the mode of "pcomm" to be set-user-id to uucp. DO NOT CHANGE
THE SET-UID/GID BITS ON THE "pcomm_input" PROGRAM.

Three external programs (waitfor, matches, and modem_break) are
included in the distribution to help in creating auto-login
shell scripts.

4) Update the sample modem/TTY database. I know I'm asking the
impossible, but... Read section 3 and the Appendices of the Doc
file first, then run Pcomm to update the modem/TTY database by
using the TTY Setup and the Modem Setup menues. You will need
to know:

During this step, you will need write permission on the support
files in the default directory. RESIST THE TEMPTATION TO EDIT
THE SUPPORT FILES DIRECTLY.

1) Pcomm makes use of the bold, blinking and standout video
attributes. My concept of "standout" and "reverse" might be
different than yours (I like "standout" to be a brighter version
of "reverse"). Some very old versions of curses will ignore the
standout mode if you're on a magic cookie terminal.

2) The "port.c" file has a place where you can include your own
routine to toggle the getty process on a port (if required).

3) If you compile Pcomm with LOG_CALLS defined, you'll have to
look at the code in "admin.c" to see if the long distance
detection routine is correct for your site.

4) Compilers that adhere to the ANSI C Standard will complain at
the declarations of perror(), malloc(), fread(), fwrite(), etc.
There is a "typedef SIG_TYPE" in the config.h file to help
silence the compiler's warning messages about the signal()
return value.

Notes for Sun users... There are several problems that apparently only
surface with SunOS. Here are some notes to help out.

1) Pcomm was really designed to work in an AT&T world. If you
compile the code with the /usr/5bin/cc compiler, you'll end up
with a better product. To do so, you'll need to use default
config.h parameters (undef OLDCURSES and undef BSD) plus the
default Makefile parameters (CURSES, TERMLIB, and TTY).

2) Patch #5 introduced a new pre-processor definition in dial.c
called USLEEP. SunOS no longer supports the AT&T version of the
times() system call, so usleep() should be used to generate the
delay.

3) Some Sun users report that their version of curses (perhaps
limited to the sys5 version?) has a bug that henders the quick
transition between the "curses mode" and "terminal mode". If
you have troubles with Pcomm getting out-of-sync after a file
transfer here is hack to bludgeon the code into submission. I
have no idea why this works...

Please don't use this unless you're having a problem!