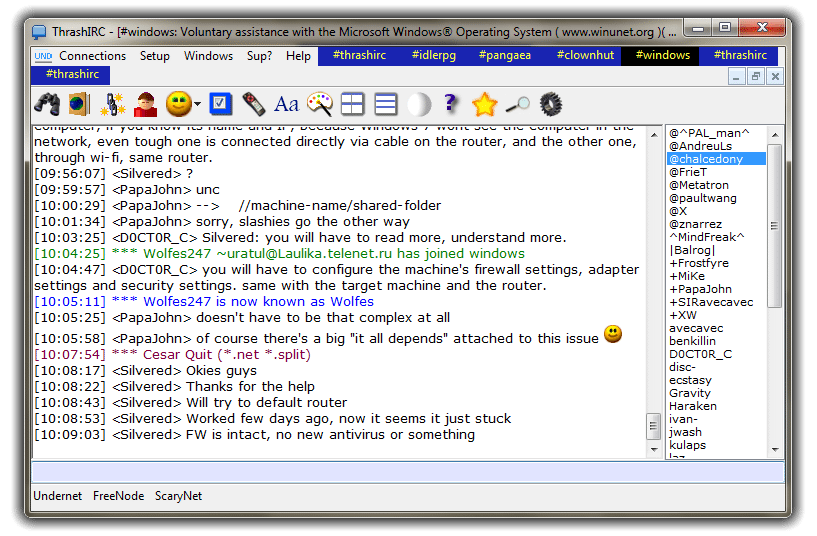 Contents of the IRC.DOC file

shortcuts to take later on when you get used to things:
use tty mode to dial up the server
dial the phone with /dial
get a server with /servers
figure out the pilot commands (good luck)


Optional things not beginning with a slash:
# This is a comment
nickname