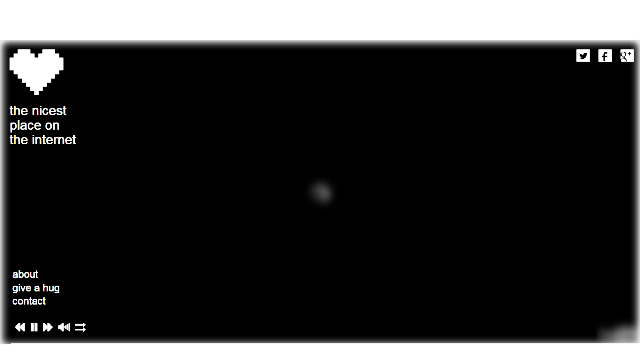 Contents of the HITCH-HI.TXT file


The Hitchhikers Guide to the Internet

Status of this Memo

This RFC is being distributed to members of the Internet community in
order to make available some "hints" which will allow new network
participants to understand how the direction of the Internet is set,
how to acquire online information and how to be a good Internet
neighbor. While the information discussed may not be relevant to the
research problems of the Internet, it may be interesting to a number
of researchers and implementors. No standards are defined or
specified in this memo. Distribution of this memo is unlimited.

The hitchhikers guide to the Internet is a very unevenly edited memo
and contains many passages which simply seemed to its editors like a
good idea at the time. It is an indispensable companion to all those
who are keen to make sense of life in an infinitely complex and
confusing Internet, for although it cannot hope to be useful or
informative on all matters, it does make the reassuring claim that
where it is inaccurate, it is at least definitively inaccurate. In
cases of major discrepancy it is always reality that's got it wrong.
And remember, DON'T PANIC. (Apologies to Douglas Adams.)

This document assumes that one is familiar with the workings of a
non-connected simple IP network (e.g., a few 4.3 BSD systems on an
Ethernet not connected to anywhere else). Appendix A contains
remedial information to get one to this point. Its purpose is to get
that person, familiar with a simple net, versed in the "oral
tradition" of the Internet to the point that that net can be
connected to the Internet with little danger to either. It is not a
tutorial, it consists of pointers to other places, literature, and
hints which are not normally documented. Since the Internet is a
dynamic environment, changes to this document will be made regularly.
The author welcomes comments and suggestions. This is especially
true of terms for the glossary (definitions are not necessary).


What is the Internet?

In the beginning there was the ARPANET, a wide area experimental
network connecting hosts and terminal servers together. Procedures
were set up to regulate the allocation of addresses and to create
voluntary standards for the network. As local area networks became
more pervasive, many hosts became gateways to local networks. A
network layer to allow the interoperation of these networks was
developed and called Internet Protocol (IP). Over time other groups
created long haul IP based networks (NASA, NSF, states...). These
nets, too, interoperate because of IP. The collection of all of
these interoperating networks is the Internet.

Each network, be it the ARPANET, NSFNET or a regional network, has
its own operations center. The ARPANET is run by BBN, Inc. under
contract from DCA (on behalf of DARPA). Their facility is called the
Network Operations Center or NOC. Merit, Inc. operates NSFNET from
yet another and completely seperate NOC. It goes on to the regionals
having similar facilities to monitor and keep watch over the goings
on of their portion of the Internet. In addition, they all should
have some knowledge of what is happening to the Internet in total.
If a problem comes up, it is suggested that a campus network liaison
should contact the network operator to which he is directly
connected. That is, if you are connected to a regional network
(which is gatewayed to the NSFNET, which is connected to the
ARPANET...) and have a problem, you should contact your regional
network operations center.

The internal workings of the Internet are defined by a set of
documents called RFCs (Request for Comments). The general process
for creating an RFC is for someone wanting something formalized to
write a document describing the issue and mailing it to Jon Postel


([email protected]). He acts as a referee for the proposal. It is then
commented upon by all those wishing to take part in the discussion
(electronically of course). It may go through multiple revisions.
Should it be generally accepted as a good idea, it will be assigned a
number and filed with the RFCs.

There are two independent categorizations of protocols. The first is
the state of standardization which is one of "standard", "draft
standard", "proposed", "experimental", or "historic". The second is
the status of this protocol which is one of "required",
"recommended", "elective", or "not recommended". One could expect a
particular protocol to move along the scale of status from elective
to required at the same time as it moves along the scale of
standardization from proposed to standard.

A Required Standard protocol (e.g., RFC-791, The Internet Protocol)
must be implemented on any host connected to the Internet.
Recommended Standard protocols are generally implemented by network
hosts. Lack of them does not preclude access to the Internet, but
may impact its usability. RFC-793 (Transmission Control Protocol) is
a Recommended Standard protocol. Elective Proposed protocols were
discussed and agreed to, but their application has never come into
wide use. This may be due to the lack of wide need for the specific
application (RFC-937, The Post Office Protocol) or that, although
technically superior, ran against other pervasive approaches. It is
suggested that should the facility be required by a particular site,
an implementation be done in accordance with the RFC. This insures
that, should the idea be one whose time has come, the implementation
will be in accordance with some standard and will be generally
usable.

Informational RFCs contain factual information about the Internet and
its operation (RFC-1010, Assigned Numbers). Finally, as the Internet
and technology have grown, some RFCs have become unnecessary. These
obsolete RFCs cannot be ignored, however. Frequently when a change
is made to some RFC that causes a new one to be issued obsoleting
others, the new RFC may only contains explanations and motivations
for the change. Understanding the model on which the whole facility
is based may involve reading the original and subsequent RFCs on the
topic. (Appendix B contains a list of what are considered to be the
major RFCs necessary for understanding the Internet).

Only a few RFCs actually specify standards, most RFCs are for
information or discussion purposes. To find out what the current
standards are see the RFC titled "IAB Official Protocol Standards"
(most recently published as RFC-1100).

The NIC is a facility available to all Internet users which provides
information to the community. There are three means of NIC contact:
network, telephone, and mail. The network accesses are the most
prevalent. Interactive access is frequently used to do queries of
NIC service overviews, look up user and host names, and scan lists of
NIC documents. It is available by using

on a BSD system, and following the directions provided by a user
friendly prompter. From poking around in the databases provided, one
might decide that a document named NETINFO:NUG.DOC (The Users Guide
to the ARPANET) would be worth having. It could be retrieved via an
anonymous FTP. An anonymous FTP would proceed something like the
following. (The dialogue may vary slightly depending on the
implementation of FTP you are using).